Presidential candidate Yoon Seok-yeol, the power of the people who dramatically sealed the internal conflict last night, went to Busan with Representative Lee Jun-seok. Democratic Party candidate Lee Jae-myung has been touring Jeonbuk for the second day, visiting a traditional market and giving an impromptu speech. 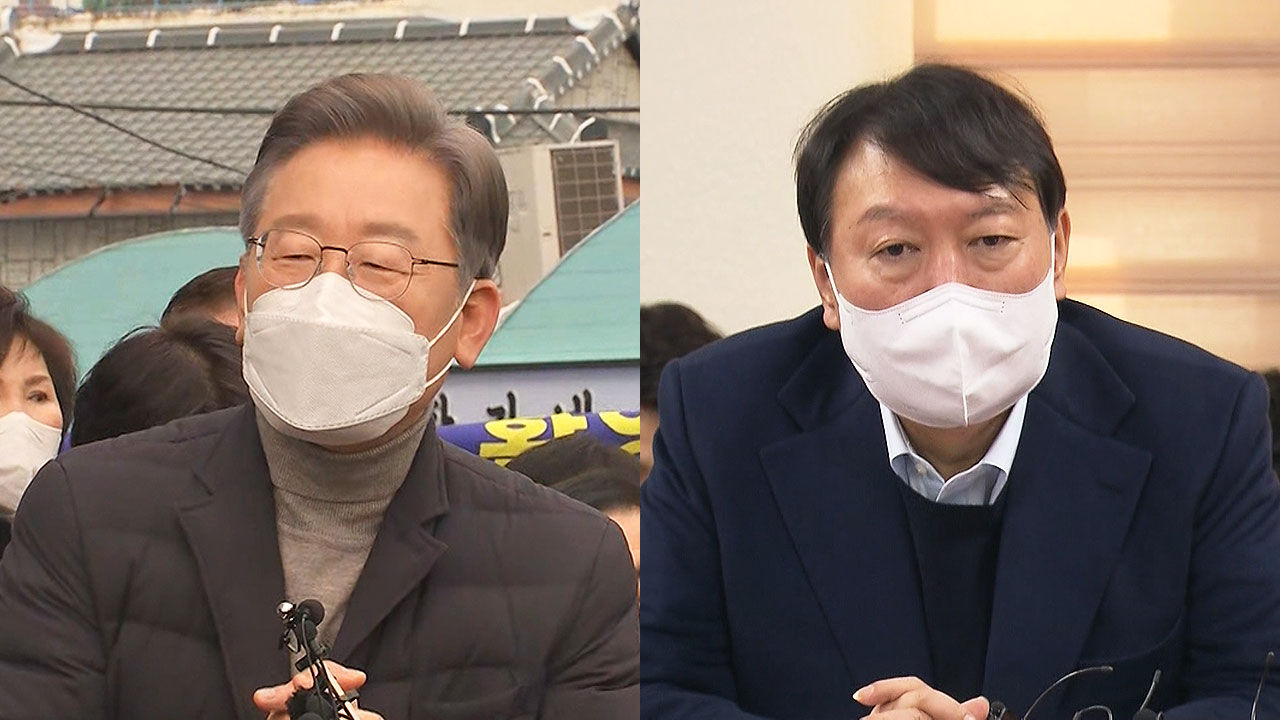 Presidential candidate Yoon Seok-yeol, the power of the people, who dramatically closed the internal conflict with the predecessors last night (3rd) went to Busan with CEO Lee Jun-seok. Democratic Party candidate Lee Jae-myung has been touring Jeonbuk for the second day, visiting a traditional market and giving an impromptu speech.

, "After meeting with CEO Lee Jun-seok at a dinner in Ulsan last night, Kim Jong-in, former chairman of the emergency response committee, has accepted the post of general election committee chairman."

The conflict over the composition of the former captain that arose between the three people, Seok-Yeol Yoon, Jong-In Kim, and Jun-Seok Lee, was dramatically closed.

Candidate Yoon and Representative Lee moved to Busan, and candidate Yoon presided over a meeting of the election committee at the Busan City Party in the morning, emphasizing the 'one team', saying, "We will conduct a party-centered election campaign."

[Yoon Seok-yeol/People's Power Presidential Candidate: This election is made such that we cannot and cannot lose.] In

the afternoon, the two check the current status of Busan, such as hosting the Busan World Expo, and then In many writings, they even go to street greetings.

Democratic Party candidate Lee Jae-myung, who is on a tour of the people's livelihoods in Jeollabuk-do for the second day, visited a traditional market in Gunsan, Jeollabuk-do in the morning.

Candidate Lee took pictures with citizens and gave an impromptu speech at the market, repeatedly emphasizing the 'strengthening drug', which is to defeat the strong and help the weak.

[Yijaemyeong / Democratic presidential candidate: You are a mighty people have a lot to live, as by little moderation, billion (the value) to make the Datong world, living together through gangbu about]

the afternoon, the start of construction for 30 years moved to Gimje in the right Saemangeum We plan to hold a meeting in the form of a neighborhood association with nearby residents.

Next, we visit Namwon Medical Center, a local base public hospital, and in the evening, we have a conversation with a pansori master singer on the theme of 'the moment of earning my life' at a campsite in Imsil.