The New York Stock Exchange finished sharply on Thursday, driven by a technical rebound and cheap purchases, but nervousness and volatility remain due for lack of clinical data on the situation. 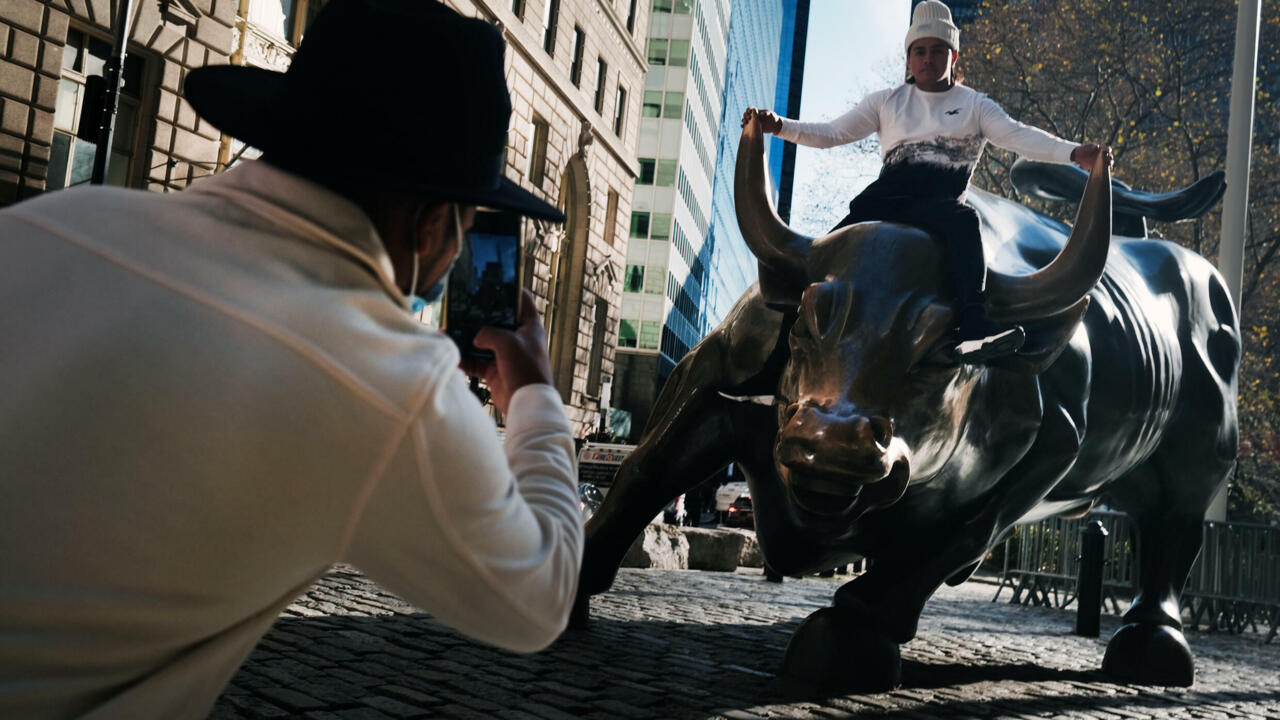 After having started in dispersed order, the New York indices have resolutely climbed.

All sectors finished in the green, with a special mention for industry and finance.

The announcement on Monday by the President of the American Central Bank (Fed), Jerome Powell, of a possible accelerated monetary normalization suggests an upcoming rate hike.

It would allow banks to restore their margins.

As for the industry, it was driven by the airline sector, in particular Boeing (+ 7.54% to 202.38 dollars), prized after the announcement of the Chinese regulatory authority that its 737 MAX should be soon allowed to fly in China.

Beijing banned the aircraft from Chinese skies in March 2019, after the crash of the Ethiopian Airlines 737 MAX.

The two sectors weighing more than 20% of the Dow Jones, their good session explains that the flagship index of the New York Stock Exchange behaved better than Nasdaq or S&P 500.

"It didn't take long for investors to get back to buying cheap," Oanda analyst Edward Moya said in a note.

The fact that the S&P 500 hit a technical low on Wednesday also gave the market support for a rebound, said Terry Sandven, head of equity strategy for US Bank Wealth Management.

Beyond these technical elements, "there is no apparent reason" for this getaway high in the green.

Thus, "I would not draw any conclusions from today's increase," the official warned.

Given the uncertainties that still hang over the potential effects on the economy of the new Omicron variant, it is "likely that volatility will remain higher than average until the end of the year and early 2022".

The bond market continued to be favored by investors fleeing risky assets, with the average 10-year government bond rate unchanged from the previous day at 1.43%, down from 1.69% a year ago. one week.

A sign that the market is preparing more and more ostensibly for at least one rate hike in 2022, the yield on two-year government bonds was moving close to its highest level since the start of the pandemic (0.65% ), 0.61%.

Symbol of the tension that reigns among investors, all the values ​​which directly or indirectly affect tourism have again made the elastic, after two sessions in the red.

Weighed down by rumors of exit from the quotation, the online commerce giant Alibaba fell, in session, to its lowest for two and a half years, before recovering a little (-0.40% to 122.00 dollars ).

For its first day of listing, the Singaporean vehicle reservation platform with drivers (VTC) Grab had an eventful journey.

The payment services specialist Square reached its lowest level in six months (-1.21% to 192.15 dollars), its name change, announced Wednesday evening, having no effect on the course.

The share price had also not benefited from the announcement on Monday of the departure of Jack Dorsey from Twitter, the other group led by the boss of Square, which will be renamed Block.

Investors have especially retained the postponement indefinitely of the extraordinary general meeting of Afterpay, which was to confirm the takeover by Square of the Australian specialist in credit payments on the internet for $ 29 billion, initially announced in early August.

The giant Kroger, the second largest food distributor in the United States after Walmart, has surfed on results above expectations (+ 11.04% to 44.65 dollars)