Headaches accumulate for the Peruvian president. Zoraida Ávalos, the nation's prosecutor, has summoned Pedro Castillo for December 14, the day on which he must ... 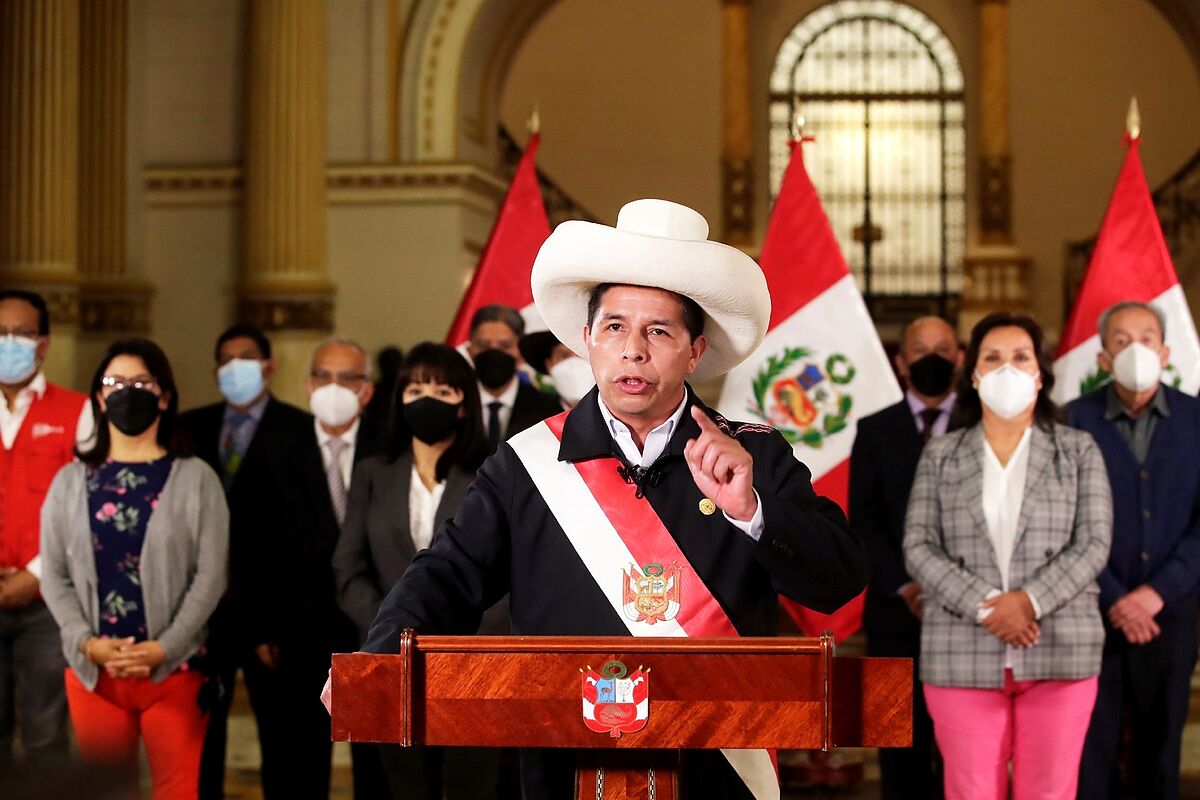 Headaches accumulate for the Peruvian president. Zoraida Ávalos, the nation's prosecutor, has summoned Pedro Castillo for December 14, the day on which he will have to give testimony about the scandal of the military promotions that shook the Andean country in November. Prosecutors are investigating whether the presidency intervened in the promotion of the officers of the Armed Forces,

according to the statement issued by the prosecutor.

The Public Ministry has summoned Castillo, "who must indicate the place where he will offer his statement."

The diligence is part of the investigation that is being carried out against the former Minister of Defense, Walter Ayala, and against the former Secretary General of the Presidential Office, Bruno Pacheco, for the alleged crimes of abuse of authority and illegal patronage.

Pacheco is also being investigated after he was removed from office.

in the bathroom of his office in the Presidential Palace.

He is accused of illicit enrichment, as an alleged imbalance of assets is evidenced.

"The Defense Minister told me that this comes from above,"

explained Chaparro, who has already appeared before the Prosecutor's Office. The former chief of the Air Force testified that both the minister and Pacheco lobbied for General Edgar Briceño and Colonels Carlos Castillo and Herbert Vilca.

Chaparro was relieved of his post after revealing the scandal, one of the many that have shaken Pedro Castillo's presidency despite having been sitting in Pizarro's chair for just four months. Next week, Congress will decide whether to initiate an impeachment process against the Cajamarca teacher, for which

the affirmative vote of 52 deputies is needed.

A figure that with the passing of the hours and the scandals seems very close.

With the vacancy request, filed by the right-wing congresswoman Patricia Chirinos, it is intended to declare Castillo with "permanent moral incapacity." One of the accusations against the former union leader, elected within the ranks of the radical Peru Libre (PL), is precisely

"influence peddling in promotions in the Armed Forces",

as stated in the document supported by 29 congressmen .

the links of some of his collaborators (already dismissed) with the Shining Path, the "weakening of the democratic system" due to his initial support for Venezuela, "generating economic instability", the mistreatment the media and the alleged "permissiveness of violence against women."

Some of these points lost steam with the appointments of Castillo's second cabinet, led by the 'premier' Mirtha Vásquez, a feminist and human rights defender.

Even the new foreign minister, Óscar Maúrtua, stood with the continental majority in his

Added to these accusations in recent days was the investigation of the television program Cuarto Poder into the use of Castillo's personal home as a parallel office, in which the president

would have received businessmen benefiting from government projects

and companies with managers convicted of laundering. of assets.

"The complaints made by the media have not been clarified by the president.

Editorial advance Journey to the origins of the financing of Podemos: "Everything serves to make money"