The great party in which Marta Ortega has brought together Naomi Campbell, Jon Kortajarena, Núñez Feijóo ... 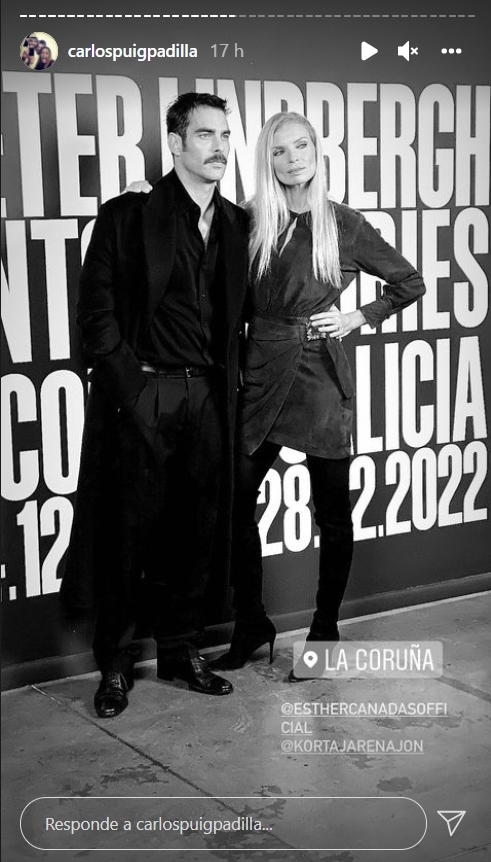 Premiere in style by

after the announcement that in April she will assume the presidency of Inditex.

Just one day after the announcement, she was able to boast of another achievement: that the exhibition

came to Spain after passing through Germany or Italy and, moreover, surrounded by some of

the best-known faces of the world. fashion

with national and international stamp.

The exhibition, which the

has classified as one of the five most important cultural events in the world this year, is exhibited

in Spain under the influence of Marta Ortega,

a personal friend of the photographer, now deceased, and from whom he commissioned

the photos of his wedding

political and institutional authorities such

as the Galician president,

, or the Coruña mayor,

from the rector of the University of A Coruña (UDC),

and from executives of Inditex as the still president, Pablo Isla, and the new CEO, Óscar García Maceiras.

But if any support drew attention in the city, it was that of the

the subsequent dinner at the Battery Dock in

A dinner full of stars that did not lack figures like

one of Peter Lindbergh's fetish models.

were represented by the model J

close friend of the hostess, who had already been to her second wedding;

the model and actress

The exclusive dinner featured a

from the Culler de Pau restaurant in O Grove, recognized with two Michelin Stars and three Repsol Guide Suns, and could

be followed through the social networks

of some of the attendees.

Through them, other attendees could be guessed, such as

The content of the exhibition was very present and represented at the dinner, to which the architect

responsible for the architectural intervention of the exhibition, or

Benjamin Lindbergh, son of the photographer

It was the first great act of Marta Ortega and

Valentino designer who designed the four wedding looks of Amancio Ortega's daughter and great heiress of the multinational,

did not want to miss

There was no shortage, as could be seen in the 'stories' of the famous, the Galician photographer

Fortunes Marta Ortega: the third of Amancio's three children, wedding of 20 million euros and friends of the jet set

Profile Marta Ortega, Zara's strong woman: "I have always said that I would dedicate my life to developing my parents' legacy"