The boy was attacked around 11pm not far from the university campus. The arrested is a 25-year-old who, shortly after attacking the student, stabbed a tourist, identified by the New York Times as Italian 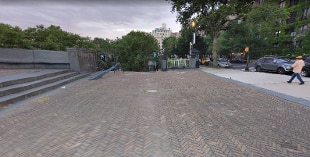 Davide Giri, 30, an Italian student from Columbia University was stabbed to death last night at around 11pm, not far from the university campus, at 123rd Street and Amsterdam Avenue, near Morningside Park.

The assailant, a 25-year-old, was stopped by police in Central Park.

Shortly after assaulting the student, he also stabbed a 27-year-old tourist, identified by the New York Times as Italian.

Giri was enrolled in the School of Engineering and Applied Science. The dean of the university identified him. Giri was studying for a doctorate after studies at the Polytechnic of Turin, where he graduated with full marks and honors, then he specialized in electronics at Tongji University in Shanghai and had a master's degree in electronic engineering at the Polytechnic and one at University of Illinois, Chicago.

"This news is both inexplicably sad and deeply upsetting, and it happened within walking distance of campus. The university is in contact with the NYPD to learn more about the attack. Of course, we will keep you posted." This was stated by the president of Columbia University, Lee Bollinger, in a statement addressed to students, commenting on the death of Davide Giri. "These - added Bollinger - are moments in which being a community is really important. This is why I encourage you to meet, to see one another, others need you, just like you do others. Count on the support of others. 'University".

Since 2016, Giri, who had worked for Fiat Chrysler, was attending Columbia University in New York, where he also carried out - we read from his Linkedin profile and that on Columbia - the role of assistant, to deepen his studies in applied philosophy and design. to the sciences.

The student lived on the campus of the New York University, in room 467 of the Computer Science Building, at 500 West 120th Street, not far from where he was stabbed.

Giri was originally from Alba, in the Cuneo area as reported by the Gazzetta di Alba, explaining that the young 30-year-old was well known in the village for the voluntary activities carried out with the parish of Santa Margherita in Musotto.