With its two top 5 players, Daniil Medvedev and Andrey Rublev, Russia won the semi-finals after the two singles at the expense of Sweden on Thursday in Madrid. She will face the Al ... 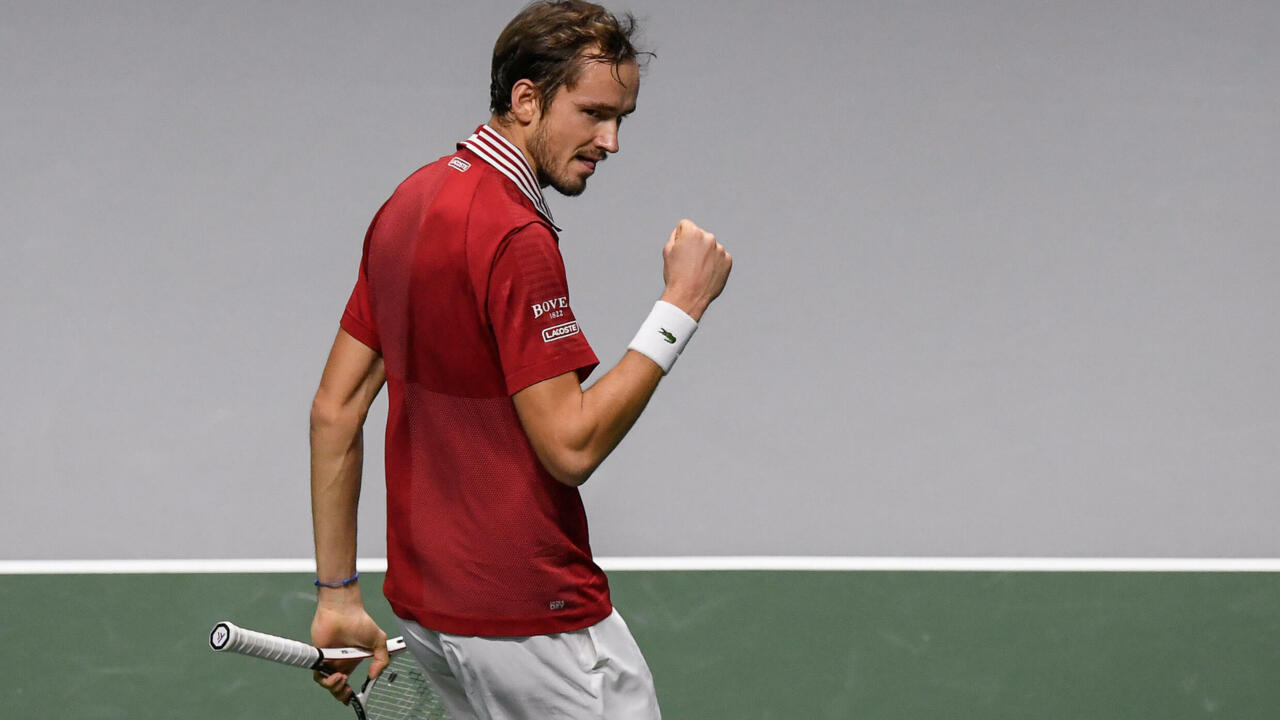 The first semi-final will oppose from Friday (4:00 p.m.) the Serbia of world No.1 Novak Djokovic, miraculous of the group stage and who dreams of a second silver bowl after the one won in 2010, against Marin Cilic's Croatia. .

Before Thursday, the first three quarter-finals had all been played in the decisive double.

The Russians are the only ones to have spared this third game to quits or doubles.

Thanks to Medvedev, who brought the point of victory to his family on a 6-4 double in 1h13 min, even without shining against Mikael Ymer, the youngest member of the top 100 (23 years old, 94th) of the Swedish siblings.

With nine double faults, only 58% of first balls and three breaks conceded, the world No.2 was unusually fragile in the service.

But after three singles played, he has not yet lost a single set of the competition.

Winner of his first Grand Slam at the US Open in mid-September, against Djokovic, and recent finalist at the Masters 1000 in Paris, against the same opponent, Medvedev could once again find the world No.1 on the other side of the net in the final on Sunday.

Previously, and unlike the Russian N.1, Rublev, a decidedly erratic concentration, needed three sets for the third time in as many matches, and only got away with the decisive tie-break against Elias Ymer, the oldest only 171st in the world (6-2, 5-7, 7-6 (7/3)).

The world N.5 nevertheless served to win the 5-game 4 game in the second set, before Ymer stole him.

At least he avoided a nasty surprise, like the one experienced against Spain's Feliciano Lopez on Sunday in the group stage.

A defeat which then placed the Russians back to the wall.

"Everything was under control, but I lost my focus, and I put him back in the game. Then I felt emotions that I took a long time to overcome. He had gained confidence and was taking risks, and me. , I was playing with fear, ”says Rublev.

“It's a lot of pressure when you know you have to win and your opponent has nothing to lose,” he admits.

On the Russian bench, it did not seem to move Shamil Tarpishev, the irremovable captain who remained as usual impassive.

At 73, he lived Thursday his hundredth meeting at the head of the Russian Davis Cup team.

Tarpishev has been in place almost continuously for 47 years!

And here he is more than two games from a third coronation in the men's team competition, the first for fifteen years, after 2002 and 2006.