3 cases were diagnosed within 24 hours. Has Omi Keron been introduced into the American community? Biden: Don't panic

Chinanews.com, December 3, reported that the new crown virus Ome Keron strain continues to spread in many countries around the world. Since California confirmed the first case of Ome Keron infection in the United States on the 1st, 3 cases have been detected in the country within 24 hours. Omi Keron has confirmed cases, and one of the confirmed cases has traveled to New York to participate in th 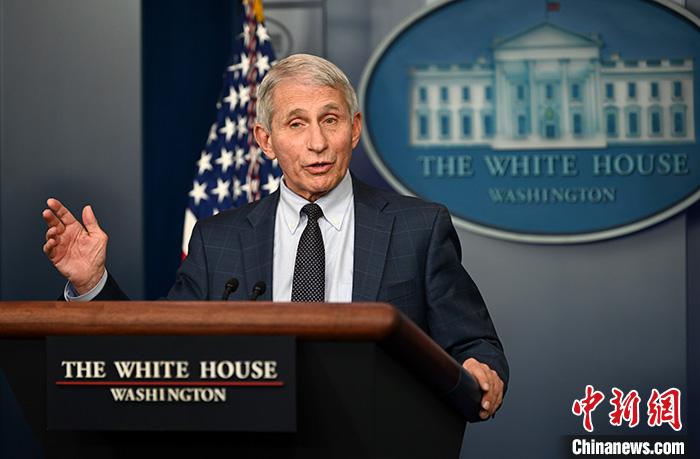 Chinanews.com, December 3, reported that the new crown virus Ome Keron strain continues to spread in many countries around the world. Since California confirmed the first case of Ome Keron infection in the United States on the 1st, 3 cases have been detected in the country within 24 hours. Omi Keron has confirmed cases, and one of the confirmed cases has traveled to New York to participate in the animation festival.

New York Mayor Blasio said that Omi Keron may have begun to spread in the local community.

In the face of a severe epidemic, US President Biden also announced a new anti-epidemic countermeasure on the 2nd, and said that science should be used to fight the virus and not to fall into "chaos and confusion."

On December 1st, local time, Fauci, director of the National Institute of Allergy and Infectious Diseases, stated at the White House that the first case of infection with a new mutant virus Omikron strain occurred in the United States.

Has Omi Keron spread in the American community?

In just 24 hours, 3 cases of Omi Kiron strain infection have been found in the United States.

The US health authorities reported on the 2nd that following the first Ome Keron case in California on the 1st, Colorado and Minnesota each had a confirmed case.

The confirmed cases in these three states have all been vaccinated, with only mild symptoms.

On the 2nd, New York Mayor Bai Sihao stated in a statement that attendees of the Comic Con event are required to wear masks and have to be vaccinated.

However, he also said that New Yorkers should “assume that the Omi Keron variant has already begun to spread in the community”.

He also urged people who have been to Manzhan to be tested for the new crown immediately and take extra precautions, especially if they have already developed symptoms.

Earlier, New York Governor Huo Chu also said that the state and health experts believed that it was only a matter of time before the Omi Keron case was detected locally.

According to reports, similar to most other states, only about 3.5% of samples in New York State sequenced variants of positive cases.

This means that variants like Omi Keron are likely to have spread widely before they are confirmed.

Huo Chu said on the 2nd that the comic exhibition organizer has a complete list of promising exhibitors, and it is expected that the tracing of close contacts will be carried out quickly.

In addition, she said, even if New York State does confirm a case of Ome Keron infection, people need not panic.

"I am currently not considering closing schools or shutting down the economy." Huo Chu said in response to reporters' questions.

The patient in Colorado is a female who has recently been to South Africa.

Colorado health officials reported on the 2nd that the state found the third case of Ome Keron infection in the United States.

The Colorado Department of Health said in a statement: "The case is an adult female resident of Arapahoe County. She recently traveled to South Africa. She developed mild symptoms and is currently isolated at home for recuperation. She has been fully vaccinated. The vaccine is eligible for booster but has not yet been vaccinated."

The U.S. Steps Up to Promote New Anti-epidemic Countermeasures

Omi Keron continues to spread, and Delta continues to rages. In the face of a severe epidemic, US President Biden announced on the 2nd new measures to fight the epidemic, including free self-testing at home, accelerating the promotion of additional vaccination campaigns, and tightening Immigration control measures for international travelers.

The Biden government is tightening travel regulations to and within the United States, requiring all international passengers entering the country to provide COVID-19 test results within 24 hours before departure, and extending the mask requirements for all domestic flights and public transportation to March 18th.

The Biden administration’s plan also includes urging companies to "promote quickly" the vaccination order, which means requiring its employees to be vaccinated or tested weekly.

The plan stated that these regulations are "especially important" in light of the new Omi Keron variant.

In a speech at the National Institutes of Health in Maryland on the 2nd, Biden warned that the new crown infection rate in the United States will rise this winter. He said: "We must use science and speed to fight against new variants of the virus, and we must not fall into chaos and confusion."

It is reported that the changes announced on the 2nd are part of a broader plan to strengthen the response to the new crown in autumn and winter, while curbing the spread of the new variant of the new crown, Omi Keron.

Since South Africa first reported this variant to WHO a week ago, Omi Keron cases have been detected in at least 23 countries, and this number is expected to rise in the coming days and weeks.