"Now we are all sitting and all our heads are down": Putin held a meeting on working conditions in mines

Working conditions for miners should be such that they do not have to take risks, said Vladimir Putin. According to him, the safety of people should be put at the forefront, and not the income of the owners of coal enterprises and others. The President of Russia also expressed dissatisfaction with the report of the head of the Ministry of Labor Anton Kotyakov on the system of remuneration of miners. The head of state, referring to the preliminary report of the UK, indicated that the accident at the Listvyazhnaya mine, which killed 46 miners and five rescuers, was due to a lack of control from the management of the enterprise. According to him, investigators and prosecutors will assess the actions of all officials involved in the tragedy. "Indiscriminate accusations and assaults" will not be, Putin stressed. 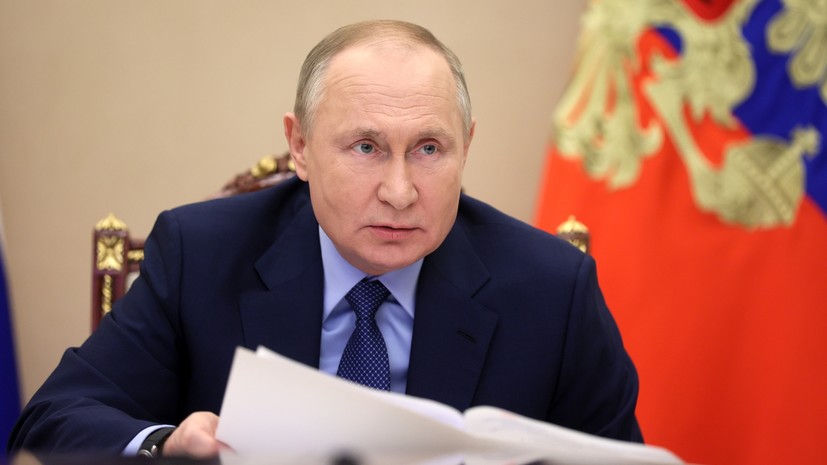 On Thursday, December 2, Russian President Vladimir Putin held a meeting on the situation in the coal industry of the Kemerovo Region - Kuzbass.

During it, the head of state, in particular, expressed dissatisfaction with the report of the head of the Ministry of Labor Anton Kotyakov on the remuneration of miners.

“I cannot say that you provided an in-depth analysis.

I am not satisfied with your answer, ”Putin said after Kotyakov spoke about the payment system and checks on the implementation of the federal sectoral agreement on the coal industry, during which only one mistake was revealed.

Prior to this, the head of state drew attention to the fact that the existing system of remuneration for miners "creates economic incentives for miners to neglect safety requirements."

He stressed that miners are risking their lives due to the imperfection of the industry agreement.

“And you can't blame them for that.

And all of us together must create such conditions that there is no need to take risks.

This was the meaning of our decisions in 2010, ”the President said.

According to him, it is necessary to clarify the composition of the conditionally constant component in the structure of the wages of miners, excluding from them payments that depend on the output.

“Here it is no longer possible to think either about the income of the owners or about other incomes, think about the safety of people's lives — this is what needs to be put at the forefront,” the president explained.

About the accident at the Listvyazhnaya mine

At the beginning of the meeting, Vladimir Putin stressed that the state of emergency at the Listvyazhnaya mine had become "a common misfortune and pain for Kuzbass and for all of Russia."

The President asked the government and local authorities to be attentive to everyone who faced a disaster.

"Personal, family circumstances can be different - I know about it well from previous tragic events of this kind, - here one cannot be guided solely by paper instructions," he said.

Along with this, Vladimir Putin read out the report of the Investigative Committee on the accident.

“The reason for the accident was the lack of control on the part of the management of the mine over the production of coal mining, carried out with increased gas contamination with methane,” the president said.

He noted that the facility "systematically took measures to conceal these facts."

Why, to get more there and send for export?

What a tragic result.

Now we are all sitting and all our heads are down, ”Putin said.

According to him, the Investigative Committee and the Prosecutor's Office will assess the actions of all officials involved in the tragedy, but there will be no "sweeping accusations and raids."

During the meeting, Prosecutor General Igor Krasnov also pointed out that “everything was smooth at the mine only on paper,” and in fact gross violations were revealed, including the concealment of the readings of individual control devices, malfunctioning power supplies and methane measurement sensors.

“In order to exclude possible changes in the memory of the control system at the mine, introduce the obligation to transmit remote monitoring data and individual sensors for the location of miners to Rostekhnadzor and EMERCOM of Russia in real time.

At the same time, the development and maintenance of such software should be entrusted to organizations that have an appropriate level of qualification of employees, ”he said.

According to him, prosecutors will conduct inspections in 111 coal mines and open-pit mines.

Also, the supervisory authority intends to check all coal mines in 10 other regions of the Russian Federation.

We are talking about the republics of Komi, Yakutia, Tyva, Primorsky and Khabarovsk territories, Samara, Sakhalin, Rostov and Chelyabinsk regions, Chukotka Autonomous Okrug.

In turn, Gennady Alekseev, general director of SDS-Ugol, said that 1.475 billion rubles had been spent on ensuring industrial safety and labor protection at Listvyazhnaya in almost four years.

Let's remind that the accident at the mine in Kuzbass took place on November 25.

As a result of the emergency, 46 miners and five rescuers were killed, 99 people were injured.

From November 26 to 28, mourning was declared in the Kemerovo region.

In addition, Vladimir Putin invited the participants of the meeting on the situation in the coal industry of Kuzbass to submit proposals on the creation of a liquidation fund for the closure of hazardous coal mines and open-pit mines.

A similar structure is provided for high-risk enterprises.

“This should be approached very carefully.

True, the minister said that we are talking about a small number of enterprises.

Nevertheless, these are jobs, ”said the head of state.

The President also called for independent companies, together with trade unions, to conduct an audit of mining operations, design and technological documentation.

In addition, he spoke in favor of toughening the requirements for ensuring safety at mines and detailing the composition of administrative offenses in this industry.

In addition, Vladimir Putin instructed to ensure an increase in the salary of Rostechnadzor inspectors to the level "not lower than the average pay for the administration of mines."