With its "Global Gateway", the EU tries to compete with the new Chinese silk routes 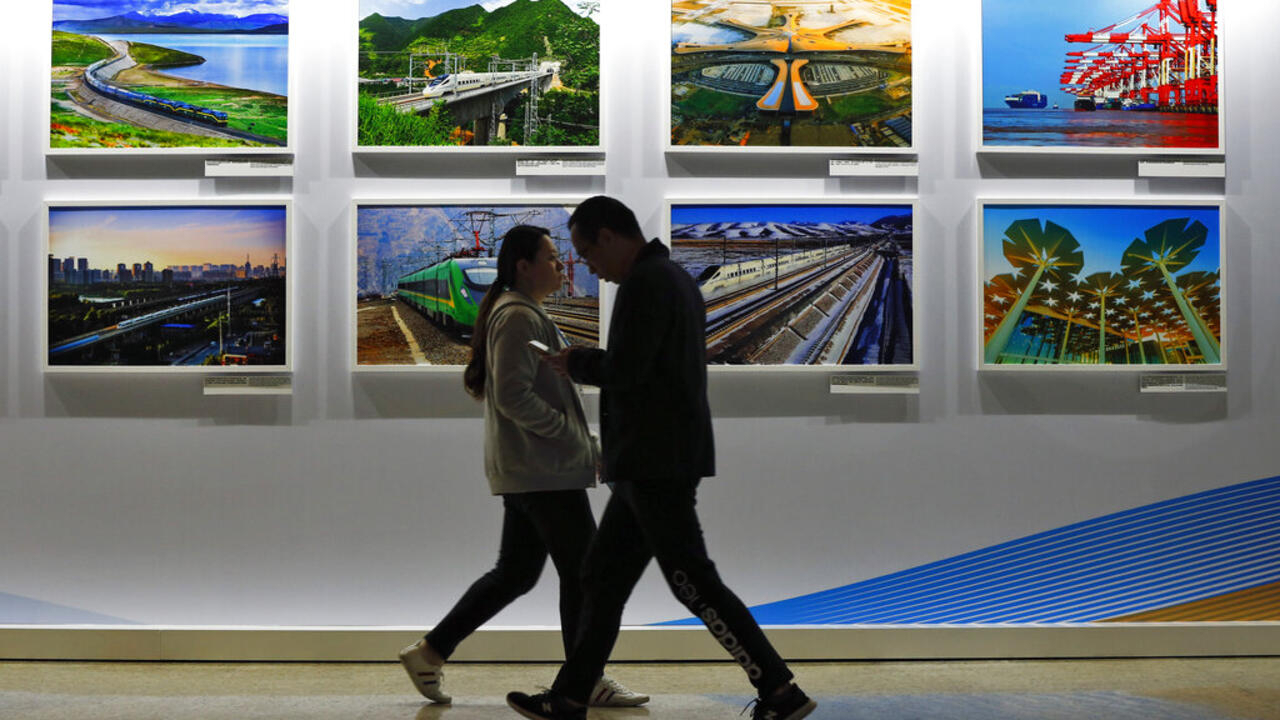 Everyone wants their Silk Roads.

With this plan, called "Global Gateway", the European Union intends to invest 300 billion euros by 2027 in infrastructure projects around the world.

No mention of China is made in the press release from the European Commission which unveils the details of this new initiative.

But it is difficult not to see in it a European response to the "new silk roads", the vast Chinese program of loans in dozens of countries in order to develop ports, roads, railways or digital infrastructures.

And at the same time, to extend the sphere of Chinese economic influence in these countries.

"This inaugurates a more competitive era in development aid. Recipient countries will now have an alternative to Chinese money. It is up to the EU to prove that its aid is better", analyzes Andrew Small, specialist in Sino-European relations at the German Marshall Fund, a think tank based in Germany, contacted by France 24.

Because the Silk Roads and Global Gateway are not a white cap and a white cap. Brussels hopes to be able to play on these differences. Starting with "the financing structures which, on the Chinese side, come mainly from loans, while the European program will be based on both public and private sector investments", underlines Francesca Ghiretti, expert in relations between the China and Europe at the Mercator Institute for China Studies in Berlin, contacted by France 24.

This is not trivial: Chinese loans are perceived by opponents of the new Silk Roads as a way of creating economic dependence of the recipient country on Beijing.

It is this "debt trap" - an otherwise controversial concept - that would have pushed Sri Lanka, unable to repay its loan, to cede one of its ports to China in 2019.

>> To see, our Reporters: "In Montenegro, a dead end highway"

Brussels also insists a lot on funding "which is based on values ​​such as transparency, respect for the law or even working conditions on site", continues Francesca Ghiretti.

Here again, this is a thinly veiled attack against "made in China" loans "accused of containing secret clauses which allow them to always have the advantage over the borrowing country", points out Andrew Small.

Finally, Global Gateway is also a more modern version of the Silk Roads by favoring investments in future-oriented, eco-responsible and digitally-oriented infrastructures.

This program looks much more 21st century than the new Silk Roads, which have above all made it possible to build roads, railways or renovate bridges and ports.

Too late or at the best time?

What to scare in Beijing?

First, this European attempt to sell Global Gateway as a kind of version 2.0 of the Chinese program ignores that the latter has also evolved a lot.

"Initially, it is true that Beijing has mainly invested in infrastructure to transport products or bring hydrocarbons to China. But in recent years, the new Silk Roads have adapted to new priorities (from president) Xi Jinping in renewable energies or digital networks and new technologies ", recalls Jean-François Dufour, director of the consulting firm DCA Chine-Analyze, contacted by France 24.

Second, the EU does not have the coffers as full as China, which has planned to spend up to $ 1 trillion on its new Silk Roads.

Finally, Europe draws its program "very late", assures Jonathan Holslag, specialist in international politics at the Free University of Brussels, in a column published by the EUobserver site.

Xi Jinping began to build its Silk Roads in 2013, and they have become "a well-oiled machine, capable of mobilizing funds quickly. Europe has yet to demonstrate that it can do so quickly," notes Francesca Ghiretti.

However, this expert does not think that the European ignition delay is a real handicap.

The image of the new Silk Roads has deteriorated over time because of the controversy over the debt trap and other conditions attached to Chinese loans.

In other words, Global Gateway and its ambitions for more "transparent" and respectful financing may be coming at the best time to divert certain countries from the Chinese temptation.

Or at least, this European program makes it possible to offer these countries a card to play in their negotiations with China.

"They can try to obtain better conditions by threatening to choose European financing", estimates Andrew Small, the expert of the German Marshall Fund.

One of the most important life-size tests to measure the effectiveness of the European program to counter Chinese economic influence "will be Africa, which should be one of the main beneficiaries of these investments," said Francesca Ghiretti.

The European Commission does not cite the African market as a priority objective "but it makes sense, since this is where the arrival of Chinese financing has done the most harm to European companies, which have often lost market share" , recalls Jean-François Dufour.

And Global Gateway has an advantage because "by more or less copying the Chinese way of doing things, the European Union deprives Beijing of one of its favorite arguments in Africa, which has always been to say that China acted differently from the old powers. colonial Europeans, "said the director of DCA Chine-Analyze.

Europe is also not alone in wanting to overshadow the new Silk Roads.

The United States also announced its own program, "Build Back Better World", at the G7 summit last June.

"With the arrival of Joe Biden at the White House, there has been a new dynamic for better transatlantic cooperation to counter China, and these programs prove it," said Andrew Small.

For him, these initiatives are interesting because they are not, as in the time of Donald Trump, "purely hostile and anti-Chinese measures, but they are more positive programs which try to offer an alternative to China" , he sums up.

Above all, it is important that Europe has its own program.

"It is essential in terms of communication because Beijing cannot say this time that the EU is only following Washington", affirms Jean-François Dufour.

In other words, with Global Gateway, China risks having to change the record and find another refrain than that which was to capitalize on anti-American sentiment in the world by suggesting that there were only two alternatives, the model American or theirs.