Two SBU agents and a scout were detained: the FSB stopped the activities of the Ukrainian special services in three regions of Russia

On the territory of three regions of Russia, the intelligence and sabotage activities of the special services of Ukraine were suppressed, the FSB reported. According to the department, two SBU agents were detained. They collected information on "strategically important life support enterprises and transport infrastructure facilities." In addition, FSB officers detained an agent of the Main Intelligence Directorate of the Ministry of Defense of Ukraine, who was sent to Russia to commit a terrorist act. 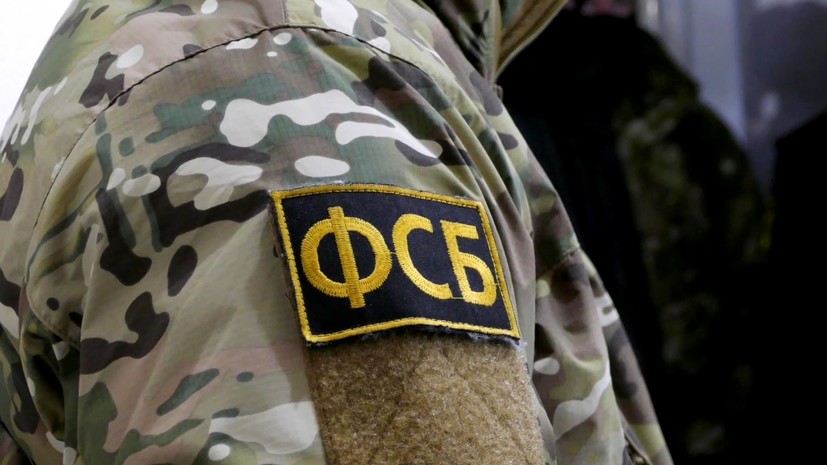 FSB officers stopped the reconnaissance and sabotage activities of the Ukrainian special services on the territory of three Russian regions.

“Two agents of the Security Service of Ukraine were detained: Zinoviy Zinovyevich Koval, born in 1974, and his son - Igor Zinovievich Koval, born in 1999, who arrived in Russia in order to collect information and take photographs and video of strategically important life support enterprises and transport infrastructure ", - the message says.

According to the ministry, they also admitted that they were recruited by the current employee of the SBU department in the Ternopil region of Ukraine Vasily Vasilyevich Kovalik, born in 1973.

He gave the detainees the task of collecting information about strategic objects for a reward of $ 10 thousand.

Also in their car, the security forces found short-barreled and automatic weapons, and personal protective equipment - they were sent for examination.

Also, the FSB reported the arrest of an agent of the Main Intelligence Directorate of the Ministry of Defense (GUR MO) of Ukraine, a resident of the Kiev region, Alexander Viktorovich Tsilyk, born in 1998.

He confessed that he was recruited by the head of the sector - an employee of the operational group of the operational department of the Special Reserve of the Main Intelligence Directorate of the Ministry of Defense of Ukraine Maxim Leonidovich Kirilovets, born in 1988.

According to the detainee, he was sent to Russia to commit a terrorist act.

It was planned to carry out it by detonating two improvised explosive devices with a total mass of 1.5 kg in TNT equivalent.

“To equip caches and transfer improvised explosive devices to Russia, the detainee, accompanied by Maxim Kirilovts and two military intelligence officers, illegally crossed the state border of the Russian Federation.

During his second arrival in Russia, Alexander Tsilyk was detained red-handed with weapons on his way to the scene of the crime, ”the FSB said.

The ministry added that they received information that confirms the "terrorist aspirations of the Ukrainian military intelligence to facilities on the territory of our country."

In addition, the FSB said that in November the court found the officer of the Main Intelligence Directorate of the Ministry of Defense of Ukraine Captain 1st Rank Sergei Shvidenko, who was in charge of the sabotage group sent to Crimea, guilty of preparing crimes against the security of Russia.

He was sentenced to six years and six months of imprisonment in a strict regime colony.

They planned to blow up the tower of the radio and television transmission center of the Crimea, a mobile gas turbine power plant, a warehouse for fuel and lubricants and a mast of the radio center of the Black Sea Fleet of the Russian Navy.

Shvidenko himself was detained in July 2021.

He gave detailed confessions, saying that the operation was led by his immediate superior - Colonel Mykola Spodar, who headed the operational department "South" of the Main Intelligence Directorate of the Ministry of Defense of Ukraine.

Also on russian.rt.com Explosions from the past: what is known about the organizers and performers of the failed attack on Crimea

"Operational-search measures and investigative actions to suppress the intelligence and sabotage activities of the Ukrainian special services on the territory of the Russian Federation continue," the FSB concluded.

Cases of detention of agents of special services of Ukraine

In mid-April, the Consul of Ukraine Alexander Sosonyuk was detained in St. Petersburg - he tried to obtain information of a classified nature during a meeting with a citizen of the Russian Federation.

The FSB noted that Sosonyuk's activities were hostile towards Russia and were incompatible with the status of a diplomatic worker.

In the same month, a citizen of the Russian Federation was detained in Sevastopol, who purposefully collected and transmitted to Kiev information constituting a state secret about the activities of the Black Sea Fleet, the leakage of which abroad could damage the state's defense capability.

In early June, FSB officers detained Aleksey Semenyaka, who was working in the interests of the Ukrainian special services.

His actions were coordinated by the heads of one of the departments of the Ukrainian counterintelligence, but he did not manage to damage the security of Russia.

In August in Tula, a citizen of Ukraine was detained red-handed, who was collecting information about weapons and secret technical documentation for them, which constituted a state secret.

“Its goals were recruiting the Russians and obtaining from them legally protected information about promising developments in the field of small arms,” the FSB noted.

In November, FSB officers detained a resident of Yalta for espionage activities in the interests of the Security Service of Ukraine.

A criminal case was initiated against him under the article "High treason in the form of espionage."