Towards a new (and violent) war between Russia and Ukraine?

The OSCE summit, which brings together the enlarged Europe, was held this Thursday in Stockholm, against a backdrop of escalation in the Russian-Ukrainian issue. US Secretary of State Antony Blinken and Russian Foreign Minister Sergei Lavrov took part, after exchanging accusations and threats. Thursday morning on Europe 1, our columnist Vincent Hervouet recounted the challenges of this summit, which resulted in a possible meeting between Joe Biden and Vladimir Poutin on the subject. 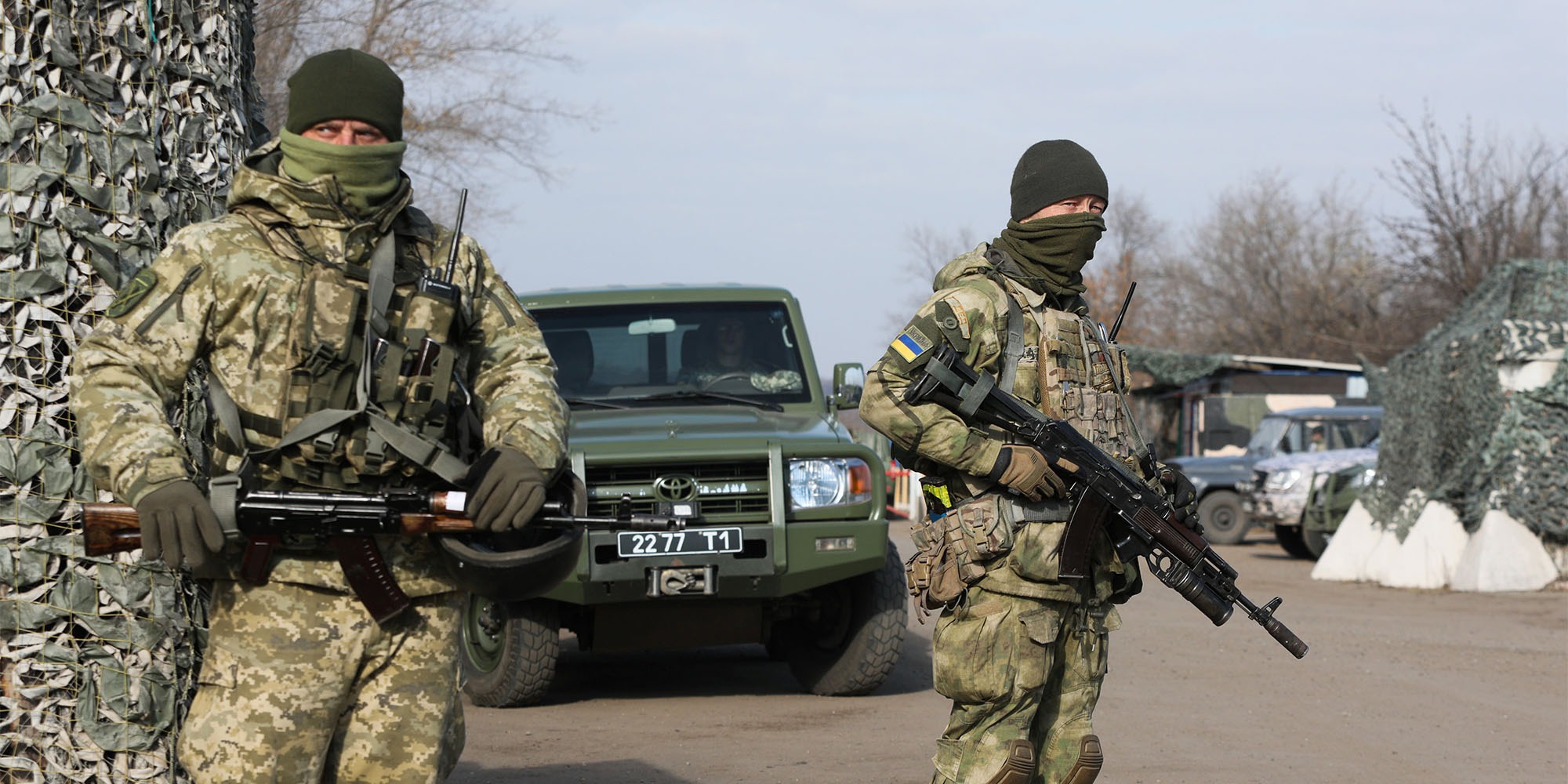 The OSCE summit, which brings together the enlarged Europe, was held this Thursday in Stockholm, against a backdrop of escalation in the Russian-Ukrainian issue.

Thursday morning on Europe 1, our columnist Vincent Hervouet recounted the challenges of this summit, which resulted in a possible meeting between Joe Biden and Vladimir Poutin on the subject.

If the American intelligence proves correct, Russia would consider attacking its interior region.

Washington says it has proof.

On both sides of the Russian-Ukrainian border troops are amassing.

The American sanctions would be very heavy.

Are we heading for war?

But we have already been in the midst of war for eight years.

The low intensity war with obscure twists and turns: that of intoxication and provocation, has never stopped since 2014.

Hussar Roger Nimier compared war to football in stadiums and said that there should be war grounds for those who like to die in the open.

Ukraine is a battleground for NATO and Russia.

Regularly, we die there in the open air, in the sweltering or muddy Donbass.

There are around ten thousand dead, not counting the Crimea.

The island has taken off.

It poses an insoluble problem for diplomats who cannot admit that Crimea will never return to the Ukrainian fold.

A trial of intent?

Washington speaks of a Russian invasion of Ukraine and seems to fear it. Antony Blinken says Russia is planning aggression and has proof of it. Moscow is not attacking yet, but is considering it seriously. Blinken sues him for intent. Blinken relies on the formidable American intelligence machine: satellite observations, eavesdropping on communications, etc. 90,000 Russians would be deployed at the border. This was already the case in the spring of 2021. But despite the alarm ringing in Kiev, the Americans had verified that the Russian troops did not have enough to lead an offensive. This time around, the threat is more credible. The US Secretary of State denounces maneuvers to destabilize theUkraine and the mobilization of heavy military equipment for large-scale operations. This time Vladimir Putin raises his voice. He wants to be heard.

The Russians address the same accusations to the Ukrainians, accusing them of having mobilized 125,000 men at their doorstep with heavy weapons.

Moscow accuses NATO of turning Ukraine into an anti-Russian bunker.

Russian Foreign Minister Sergey Lavrov replied to his American counterpart Antony Blinken that he was "cheeky" to want to dictate to the Russian army what it has the right to do on its own territory.

The usual posture and the overbidding persist.

The Russians blame the Ukrainians for having reneged on the agreement they signed when they were in dire straits.

This agreement provided for the autonomy of the Lugansk and Donetsk regions and the amnesty for all those involved in the fighting.

Hope for a diplomatic solution?

The Americans injected two and a half billion dollars into Kiev, allowing it to obtain Javelin anti-tanks, killer drones, state-of-the-art tracking systems ... Russia has the means to attack, but it would not be easy task.

Vladimir Putin said on Wednesday that it was necessary to mend the link with Kiev so that no one felt threatened.

He calls for substantive negotiations to reach concrete agreements with legal guarantees preventing the enlargement of NATO and the deployment of weapons systems at its border.

This is the challenge to the Biden administration after the megaphone dialogue.

A next summit exchange took shape Thursday between the Russian and American presidents Vladimir Poutine and Joe Biden, to avoid the return of the "nightmare scenario of the military confrontation" between the two great powers.

Against a backdrop of strong tension around the Ukraine, Moscow demands "long-term security guarantees" at its borders, in particular that the former Soviet territory never joins NATO.

This is what Foreign Minister Sergey Lavrov said during a meeting Thursday with his American counterpart Antony Blinken, on the sidelines of a meeting of the Organization for Cooperation and Security in Europe (OCSE) near Stockholm.