Tim, unions: the government doesn't know what to do. Giorgetti: "No takeover bid yet"

The Minister of Economic Development in the Chamber: "I remember Draghi's words: occupation priority" and "a takeover bid has not yet materialized on Tim which has strategic assets for which public control is essential"&nbsp; 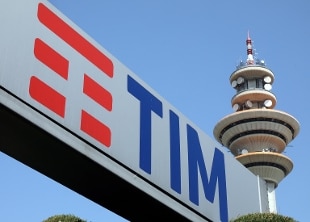 02 December 2021 Late in the morning the meeting at Mise between the representatives of the social partners and those of the Government for Tim. On the table issues related to the prospects of the sector, also in light of the TIM events and yet another change in governance, and the uncertainty about the future of the infrastructure. But, according to the united representatives of the trade unions, the meeting did not produce encouraging results.

"We leave here with even more uncertainties. The answers have been very varied. The Government has not yet decided on the path to take. The takeover bid is expected but they have no vision of the project, an idea at all. We are worried, let's navigate. on sight. it is good for the Government to pronounce because this is a strategic sector for the country ".

Thus the national trade unions Uilcom, Fist Cisl, Slc Cgil and Ugl Nazionale Tlc after the meeting at Mise with the minister of economic development Giancarlo Giorgetti and of technological innovation Vittorio Colao on the Tim affair. With them also the Undersecretary for Economic Development, Anna Ascani. The unions are now waiting to be reconvened.

Giorgetti reports to the Chamber after the meeting

We are in an "early stage process that has not yet resulted in a takeover bid for Tim." "I want to remember what President Draghi said is that the Tim dossier is of extraordinary importance". "The priorities are: the protection of employment; of technology, the dimension of the border in this sector is fundamental in perspective and is part of the Pnrr; of the network, said the Minister of Economic Development, Giancarlo Giorgetti, once he returned to the Chamber regarding Kkr's expression of interest in Tim.

"It is indisputable that within Tim there are assets of a strategic nature for which public control is essential. This is the perimeter in which the executive will evaluate Kkr's offer which is now only an expression of interest".

And again "The path is at the beginning and we are not yet in a position to take initiatives. If Kkr launches the takeover bid, a procedure is activated with the evaluation of the Golden Power discipline", "Kkr's proposal is not binding" and "we can evaluate any synergies between Tim and Open Fiber" concluded the Minister.