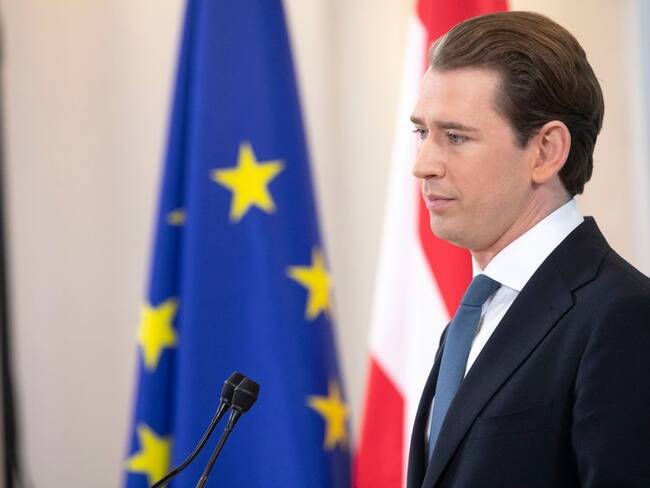 A few hours later, the 35-year-old himself spoke at a press conference and confirmed that he is leaving his duties as party leader for conservative ÖVP and group leader in the National Council, the lower house of the country's parliament.

- In recent months, this enthusiasm I have felt has diminished.

It is a natural process after so many years.

But in my case, the events of recent months have also had an effect.

What he is referring to are the accusations that became known in October this year, that he and several employees are suspected of involvement in corruption.

This led to Sebastian Kurz's straightforward political career climb, which led many to describe him as a political prodigy, came to an abrupt end.

"I look forward to the day when I can stand trial and prove that the accusations are false," Kurz said at the press conference.

He did not answer any questions but left the press conference immediately after his statement with the explanation that he would go and pick up his girlfriend and newborn son in the hospital.

Becoming a father has also influenced his decision, he said.

According to as yet unconfirmed information, the current Minister of the Interior Karl Nehammer can take over as party leader, reports the news agency APA.

The allegations of corruption became known on October 6, when several house searches were carried out around Vienna, including at the Kurz office, at the Ministry of Finance and the ÖVP's headquarters.

Behind the raids were suspicions of crime that should have started in 2016. According to the investigators, Kurz and nine other people are suspected of during this time running a scheme where fake invoices to the Ministry of Finance paid for hairdressed opinion polls that would speak in Kurz 'favor.

These surveys must then have been rewritten in the newspaper Österreich, in exchange for lucrative advertising contracts.

A large part of the evidence consists of text messages sent between those involved.

See Kurz SMS history in the clip below.