The growth in jobs concerns exclusively the male component and largely employees. The unemployment rate rises to 9.4%, although among young people it falls to 28.2% 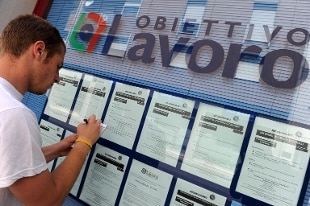 02 December 2021 In October there is a new improvement in job creation, which grew by 35 thousand units, but at the same time the unemployment rate rises slightly to 9.4%. Another shadow is that the growth in jobs concerns exclusively the male component and largely dependent work. On the other hand, inactive people are decreasing. The monthly photograph of Istat therefore sends some signals on the quality of the shooting and on the repercussions it has on the world of work.

More specifically, the picture that emerges highlights that the increase in employment (+ 0.2%, equal to + 35 thousand units), concerned only men (+36 thousand) with female employment substantially stable. It also involves more employees, people aged 15-24 and over 50. The employment rate thus rises to 58.6% (+0.1 points).

The growth in the number of job seekers (+ 2.2%, equal to + 51 thousand units compared to September), observed for both men and women, instead involves those over the age of 24. However, the unemployment rate also rises to 9.4% (+0.2 points), despite the fact that among young people it drops to 28.2% (-1.4 points). The decrease in the number of inactive people aged between 15 and 64, recorded in October compared to the previous month (-0.6%, equal to -79 thousand units), is generalized both by sex and by age group. But if on the one hand the employment recorded in the quarterly comparison is growing, on the other hand there is a decrease in people seeking employment (-2.1%, equal to -49 thousand units) and inactive people (-0.2%, equal to - 33 thousand units).

It is also positive that compared to a year ago, in October 2020, both the number of people looking for work decreased (-5.6%, equal to -139 thousand units), and the amount of inactive between 15 and 64 years ( -3.1%, equal to -425 thousand), the latter value which had increased exceptionally at the beginning of the health emergency.

The slight growth in employment affects the whole of Europe as a whole, as certified by Eurostat.