"Are you going to eat publicity expenses?" Lee Jun-seok criticizes his intentions in three days

Lee Jun-seok, the representative of People's Power, spoke up after three days. After Yoon Seok-yeol was elected, he said that he had not been properly reported on the party's work, and that a person who was a key official of Candidate Yoon Seok-yeol made insulting remarks. 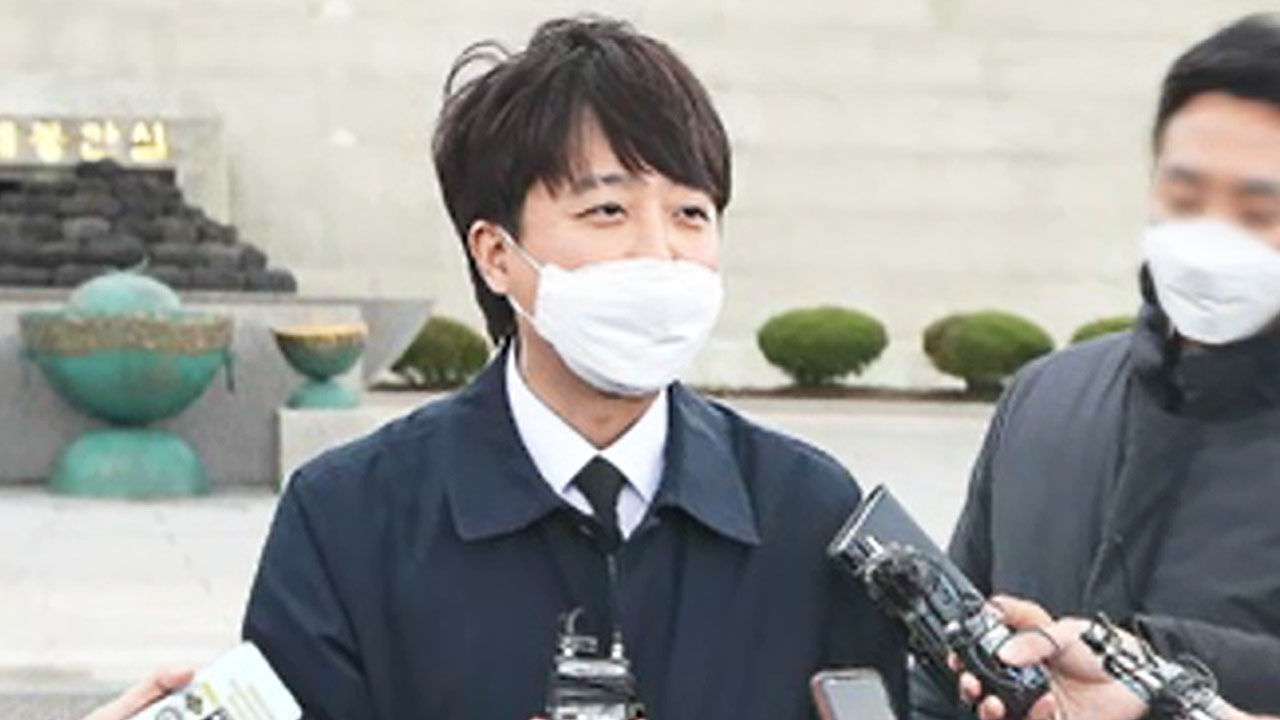 Lee Jun-seok, CEO of People's Power, revealed his true feelings after three days. After Yoon Seok-yeol was elected, he said that he had not been properly reported on the party's work, and that a person who was a key official of Candidate Yoon Seok-yeol made insulting remarks.

Reporter Lee Hyun-young, who went to Jeju, will tell you this news.

After confirming that CEO Lee Jun-seok, who had been in hiding for the third day, was in Jeju Island, I followed his movement.

Representative Lee, who came out after visiting the April 3 Peace Park, said he would show a forward-looking appearance in the past, and stood in front of reporters.

He opened his mouth as if he was determined with the controversy over refusal of duty sparked by his SNS post, 'If that's the case, then this is it'.

[Lee Jun-seok/President of the People's Power: After our candidate was elected, I have not done any party duties. Because the secretary general was replaced according to the will of the candidate, I don't think I have ever received a report other than one case in my memory.]

The so-called 'key person in Candidate Yoon Seok-yeol's side' mentioned as the core of the conflict, so-called 'Heuk-kwan Yoon' ', he made more witty remarks about it.

At the same time, he demanded personnel measures from Candidate Yoon.

[Lee Jun-seok/CEO of People's Power: The person who made the remark to the effect that 'Lee Jun-seok is trying to eat up publicity expenses' will know who the candidate is.

If you know, I think personnel measures should be taken.]

Chairman Lee said 'not at all' to the observation that he would be stepping down from the position of the permanent election chairman, and argued that the rumors of resignation were also spread by 'nuclear officers'.

The representative did not disclose his next destination.

However, aides said that he would not return to Seoul today (2nd).

When asked if he would attend the inauguration ceremony scheduled for the 6th, he replied, "The election was already launched last Monday."

▶ Lee Jae-myung "The motherland, the root of the Democratic Party's neglect"...