The restoration of public order in Guadeloupe and Martinique, affected for two weeks by social movements, "is progressing strongly", said the Minister of the Interior Géral on Wednesday ... 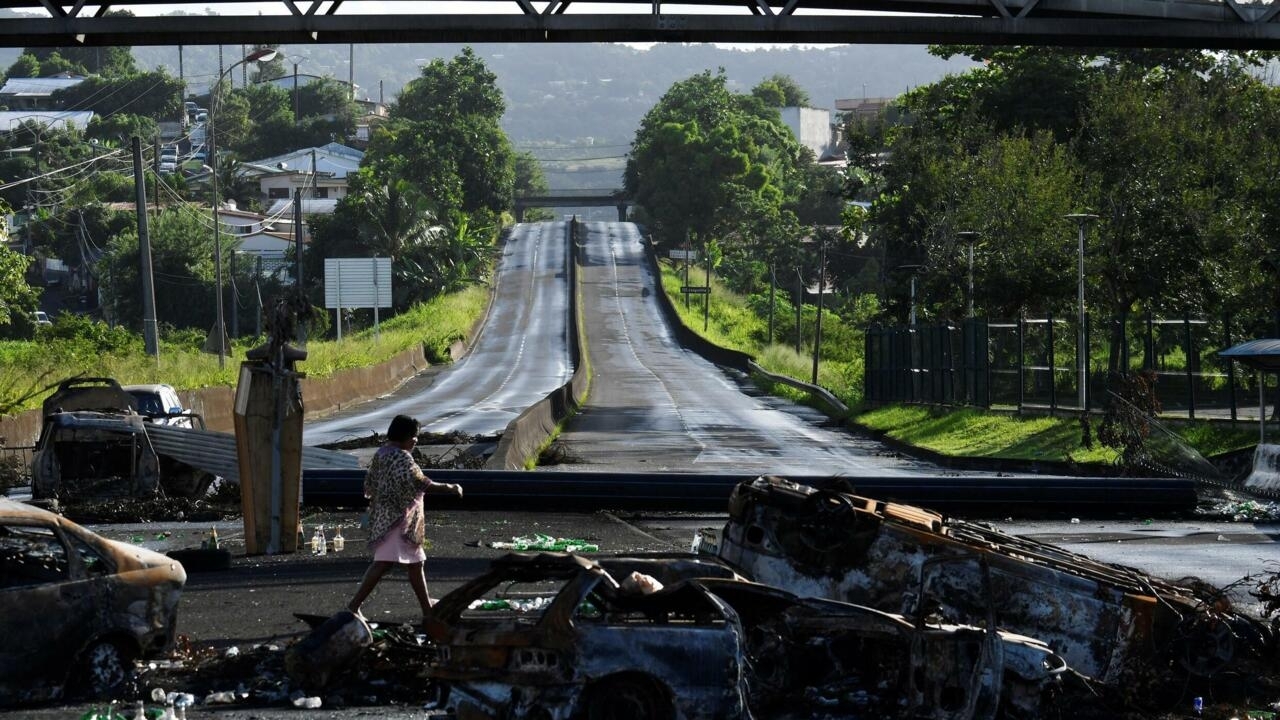 Mr. Lecornu told him Wednesday in the Senate "completely available to advance for Guadeloupe" where his visit was cut short, as part of a debate in the Senate on "the economic, social and health situation in overseas "largely devoted to the crisis in the West Indies.

Thanks to the sending of "5 UFM (Mobile Force Units) for each of the two islands" and the reinforcement "of the elite units of the Raid and the GIGN, (...) after 8 days, obviously the recovery of this public order is progressing, and is progressing strongly on the two islands ", declared Mr. Darmanin during the session of questions to the government of the Senate.

After "fifty police officers and gendarmes injured, including one seriously, and more than 150 arrests, the republican order was affirmed", declared again the minister.

Three people were arrested during the night, the prefecture said, welcoming the "gradual reopening of the roads".

The very fluid situation around these dams, unblocked one day but being able to be erected again the next day, makes any counting difficult.

In Martinique, the situation remained sensitive in the port of Fort-de-France where the police "allowed the lifting of the dam" at a strategic roundabout, according to the prefecture.

But according to a member of the inter-union interviewed by AFP, the intervention of the police came to question their intention to relax the blockade of the port.

The port brought a summary action against four trade union organizations for obstruction.

The hearing, which was scheduled to take place on Wednesday, has been postponed until Friday.

Protesters in front of the Martinique prefecture in Fort-de-France, November 30, 2021 Alain JOCARD AFP

This lull, already noticeable the day before, coincides with the end of Tuesday of Sébastien Lecornu's short stay, one day in each island, intended to ease tensions and get out of the crisis in the French West Indies, born from the refusal of the compulsory vaccination for caregivers. and firefighters and which has extended to political and social demands, in particular against the high cost of living.

After the negotiations ended in Guadeloupe, due to the refusal of the unions to condemn the "assassination attempts against police officers and gendarmes", Mr. Lecornu left Martinique by promising to open discussions on "the adaptation of the terms of application of the law on compulsory vaccination ", already postponed from November 15 to December 31.

Social dialogue at the hospital will "allow us to look at the feasibility of this application" but "the vaccination obligation for caregivers must apply," he told the Senate on Wednesday, saying he was "completely available to move forward. for Guadeloupe ".

PS Senator from Guadeloupe Victorin Lurel blasted "the deliberate choice of an express visit" and "a martial and authoritarian posture".

The leader of environmental senators Guillaume Gontard called for the establishment of "public management of water and free access to the first M3".

"It's not a gift, it's a debt," he added, referring to the effects of the pesticide chlordecone in the West Indies or the exploitation of nickel in New Caledonia.

The centrist Senator Jocelyne Guidez returned to the question of autonomy "hastily put on the table of discussions", which according to her "confirms the inability of the government to find solutions".