University exam cheating: The Court of Appeal sentences the league to prison

The Göta Court of Appeal sentences the three principals in the university entrance examination league - 24, 26 and 29 years old respectively - to prison for 1 year and 2 months up to 3 years and 6 months. 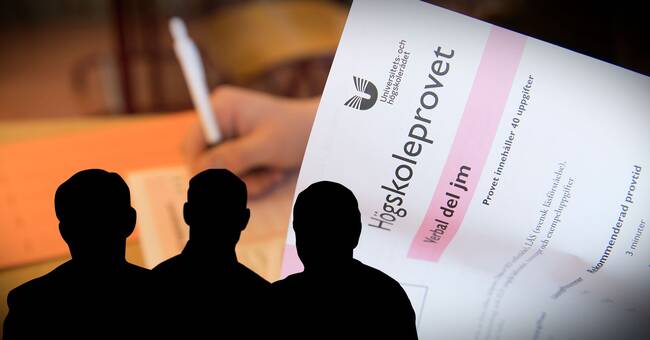 - They are convicted of having helped 76 people to cheat on the university entrance exam in a professionally structured business that has generated very large revenues and involved several people with different tasks, says the Court of Appeal's chairman Ann Ganelind in a statement.

The 29-year-old is convicted of, among other things, a serious accounting offense and a serious tax offense.

There, the other two are mainly released.

The Court of Appeal upholds the district court's sentence with imprisonment for 3 years and 6 months.

The Court of Appeal determines the penalties for a suspended sentence against a 59-year-old man and a 34-year-old woman as assistance in the business.

Struck against the call center

It was in the middle of the ongoing university entrance exam in the spring of 2018 that the police's national task force attacked the cheating league's liaison center in an apartment in Norrköping.

At that time, the Swedish Environmental Crime Agency and the police had for a few intensive weeks investigated and spied on the suspects who sold cheat packages to test participants around the country under the name HP help.

According to the indictment, the university exam cheaters' activities had a turnover of at least SEK 12.7 million.

The evidence consisted, among other things, of finds in two bags that one of the main defendants had buried.

The bags contained a total of SEK 1.6 million and a USB memory with documents that listed customers' names, social security numbers and addresses, as well as the university entrance exam results ordered.

The district court sentenced him to prison

The three principals were sentenced by Norrköping District Court - in a trial that had to be repeated after a conflict of interest was found - in September 2020 to imprisonment for between two and three and a half years in prison.

A 59-year-old man and a 34-year-old woman received suspended sentences for having helped in the business and in the management of money.

The 23 examiners who used the cheating services received a suspended sentence and a fine for gross false declaration.

The district court's ruling was appealed by both the Economic Crimes Authority's prosecutor and the majority of the accused in the case.