Pablo Isla, the same couple since high school and three children: this is the unknown and discreet leader who cemented the success of Inditex

Discretion is the mark of the house and Pablo Isla has been able to blend in very well from minute one. The still president of Inditex will leave the helm to Marta Ortega, youngest daughter ... 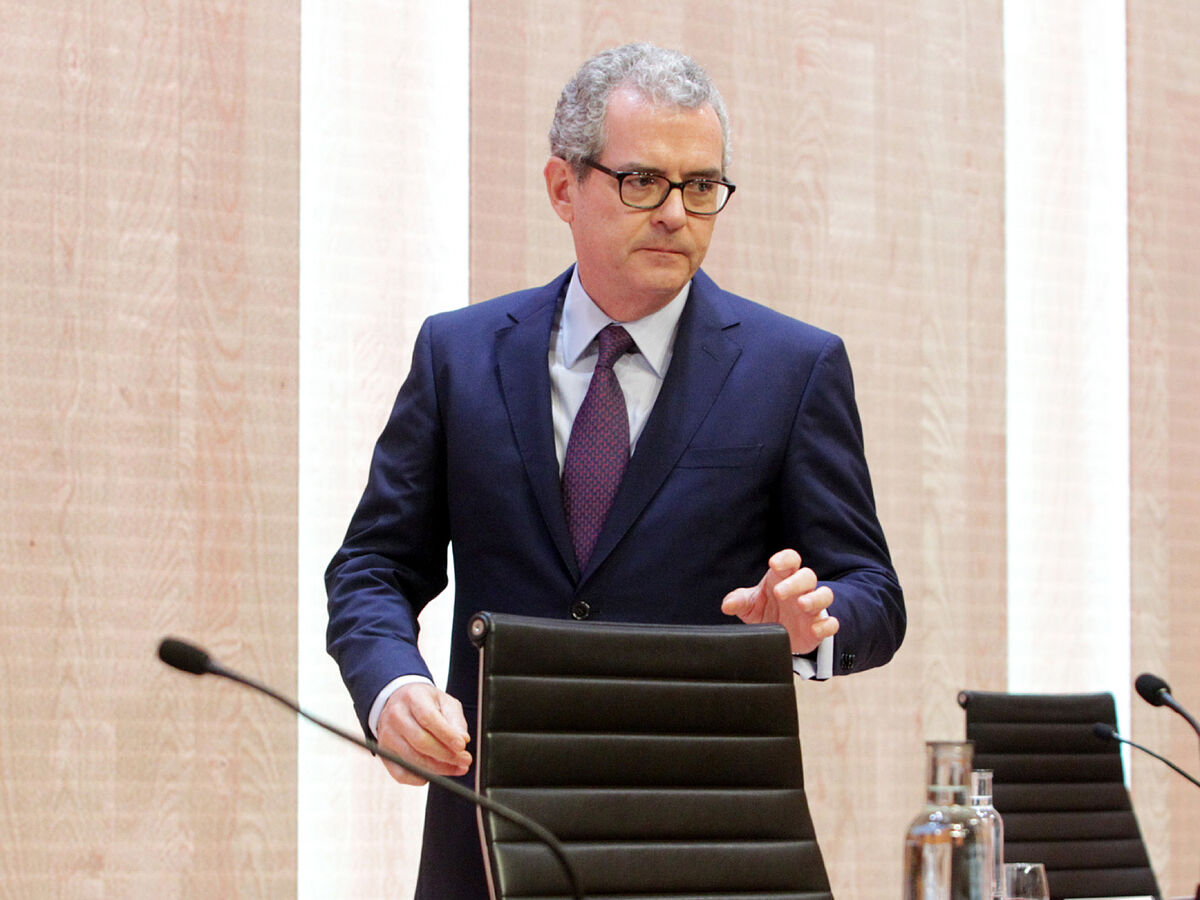 Discretion is the mark of the house and Pablo Isla has been able to blend in very well from minute one. The still president of Inditex will leave the helm to Marta Ortega, youngest daughter of the founder, Amancio Ortega, on April 1. That day will leave behind ten years of leadership in which he

consolidated the company as the world benchmark

in the fashion industry and

chose him as the best CEO of a Spanish firm of the decade and in which, despite the fact that all eyes have turned to him, he has managed to stay in that discreet background that marks the company's philosophy.

Discreet and modest. This is how it could be defined. He himself revealed this Tuesday, in an appearance before the media to explain the changes in the company, that this whirlwind that has revolutionized the company and the IBEX 35 was forged

and showed that modesty that characterizes by downplaying its role in a company that even in the year of the pandemic closed with profits and ensuring that it is a "collective" success.

Graduated in Law from the Complutense University of Madrid and a state attorney, Isla (Madrid, 1964) took over the management reins in 2011, but he has been with the company since 2005 and from that moment he moved with his family to Galicia. They settled in A Coruña and in the last 16 years

have been fully integrated into life in the city,

but without attracting too much attention.

His life partner, María de la Vega Cabrera (Madrid, 1964), with whom he is married and has three children, Santiago, Cecilia and Belén, has played an important role in this discretion. For years, the oldest has been installed in Madrid, but the rest of the family

lives in a single-family house in the Icaria urbanization,

in Oleiros, which stands out for being the home of the company's heavyweights. There is also a house Eva Cárdenas, former head of Zara Home and partner of the president of the Xunta de Galicia, Alberto Núñez Feijóo, although the couple now does not reside there.

María de la Vega mimetized with Inditex's reserved style just as well as her husband and made good friends with the entire Ortega family, generating a personal bond beyond the professional that made her break her usual background to accompany them in two fundamental moments family history,

Amancio Ortega's first wife, and the wedding of Marta Ortega and Carlos Torretta in 2018.

The events of the Casas Novas equestrian club, which Amancio Ortega built so that Marta could practice her love of horses, are another of her usual appointments, in which, in addition, she tends to display a simple and elegant style and be a enviable ambassador of Inditex garments. There

you can check that good chemistry with the whole family

and with the second wife of the founder of Inditex and Marta's mother, Flora Pérez.

As the Inditex brand marks, and its own parents, its three offspring have inherited that reserved character.

it in the intimacy and family customs,

elusive from the press, which lead them to always spend Christmas in Cubas de la Sagra, a town in Madrid, and summer in Mallorca, in a house in Canyamel, in the municipality of Capdepera.

The Isla-De la Vega family is now facing a new personal and professional stage of which their usual reservation prevents knowing details.

The bar that Inditex has set will be difficult to overcome.

And also the income.

As president of the multinational, he has a fixed salary of

The couple have been together for several decades, since they both studied at the Jesuit school in Madrid, Nuestra Señora del Recuerdo.

Both were doing COU for the branch of Letters, but then they faced very different professional careers,

her History of Art and he Law,

both at the Complutense University.

In their first years of working life, both worked in Madrid in the public sector. He went through the legal services of the Ministry of Transport, Tourism and Communications, the General Directorate of the State Legal Service and as a Spanish delegate to the United Nations Commission for the Unification of International Commercial Law. She also passed the competitive examinations as a Civil Administration Technician and went through the Ministry of Culture,

and head of the CSIC Institutional Organization area.

Isla made the leap to private business, first at Banco Popular and then at Altadis (after a brief return to the Public Administration as general director of State Heritage)

until a talent scout signed him for

This new step was an absolute turn for the family, who left the Puerta de Hierro area, north of Madrid, to move to Galicia;

and also for María de la Vega, who requested a leave of absence.

A family united to the arts

De la Vega focused on the care of three children (the third was born in Galicia), although without neglecting her artistic concerns and remaining very active in the art world. Last week, without going any further, his latest work was presented,

a book about the Galician painter and sculptor Antonio Murado,

considered one of the Spanish painters with the greatest international projection, who has exhibited in renowned galleries and artistic spaces in the United States. Holland, Belgium, Australia, Canada, Austria, Portugal, New Zealand or South America.

That artistic facet, which has led her to the inner circle of Murado and from a long list of artists, has been passed on to her children.

The oldest, Santiago (Madrid, 1994) studied ICADE, has his own music group, Chelsea Boots, and in 2020 he published his first novel,

Her parents are behind all these concerns,

mainly she in the musical aspect

and he in the literary one.

Since 2017, the eldest son also signs the Rattle blog.

MadridAyuso-Almeida, from a winning couple to an increasingly poisoned relationship: "Don't you remember how Esperanza and Gallardón ended up?"