Monaco returned to Ligue 1 success on Wednesday by winning in Angers (3-1), while Bordeaux sank in Strasbourg (5-2), after the first goal-rich matches (18) of the 16th day. 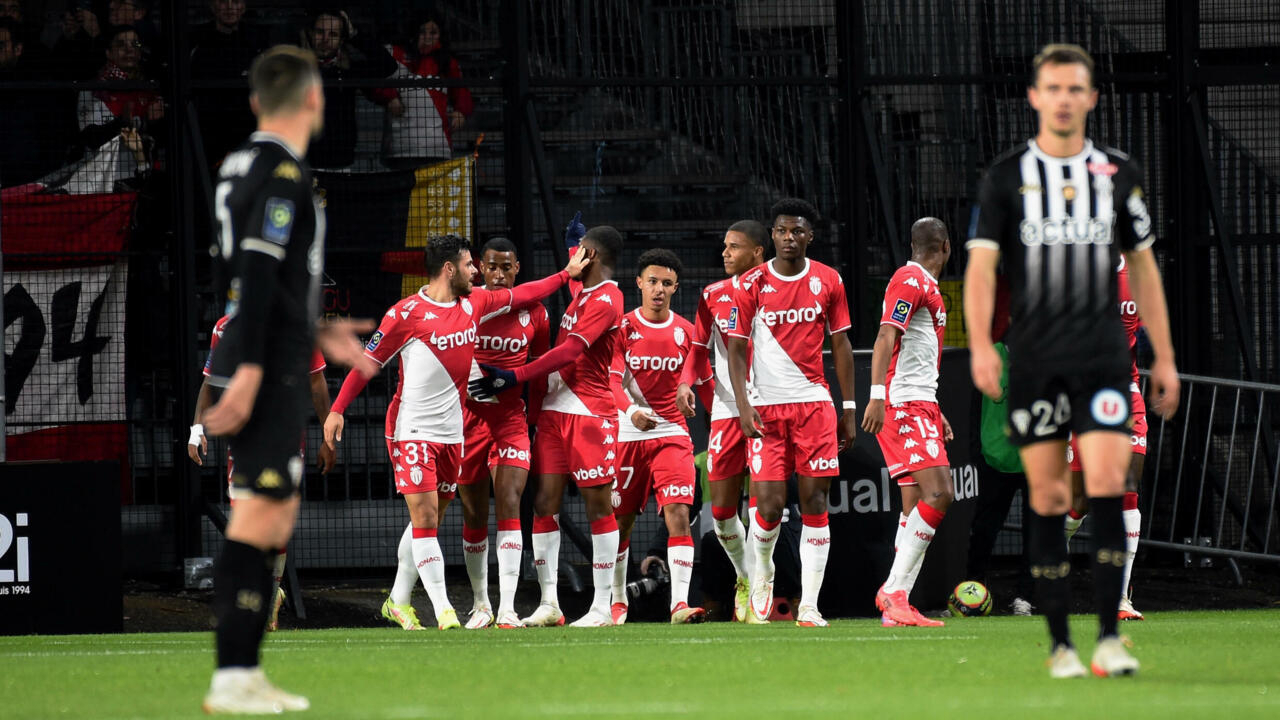 In the evening, Paris SG receives Nice (3rd) and could be crowned autumn champion.

Beaten in Brest and hooked by Reims, Lille and Strasbourg, the Monegasques (7th) perfectly negotiated their match against the Angevins (8th).

The 20-year-old Dutchman Myron Boadu scored his first goal in Ligue 1, after a deviation from Kevin Volland (25th).

The joy of the Dutch striker of Monaco, Myron Boadu, after having opened the scoring on the lawn of Angers, during the 6th day of Ligue 1, on December 1, 2021 at the Raymond-Kopa stadium GUILLAUME SOUVANT AFP

The German was also behind the second goal scored by Sofiane Diop just before the break (45th).

After a goal against his own goal by Monaco goalkeeper Alexander Nübel on a strike from Azzedine Ounahi (55th), Axel Disasi with a flat foot ensured the victory of the Principality's players (3-1, 73rd).

As against Metz and Brest, Bordeaux led against Strasbourg (6th) before losing the thread of the meeting.

From the 7th minute, Hwang Ui-Jo opened the scoring with a header for the Girondins, but Adrien Thomasson put the two teams tied, also with a header (22nd).

Then Kevin Gameiro (43rd) from the penalty spot, Ludovic Ajorque (45 + 1) and Dimitri Liénard (48th) put the Bordelais to death.

The joy of Strasbourg midfielder Dimitri Lienard, after scoring the 4th goal at home against Bordeaux, during the 16th day of Ligue 1, on December 1, 2021 at the Stade de La Meinau Frederick FLORIN AFP

With these five goals conceded, Bordeaux, now in the place of play-off (18th), has more than ever the worst defense in Ligue 1 (37 goals taken).

An eccentric and plunging free kick of any beauty: suspended against Lyon after a red card, Téji Savanier signed a remarkable comeback by opening the scoring in Metz (37th).

Stephy Mavididi (45th) and Sepe Elye Wahi (48th) gave a little more amplitude to the success of the Montpellier people who reduced the score to the 70th on a good sequence of Nicolas de Préville (3-1).

The English striker of Montpellier, Stephy Mavididi, scores the second goal against Metz, during the 16th day of Ligue 1, on December 1, 2021 at the Saint-Symphorien stadium in Longuevilles-lès-Metz Jean-Christophe Verhaegen AFP

The Messins are still penultimate in the standings ahead of the Stéphanois, again beaten in Brest (1-0) on a penalty from Romain Faivre (64th), after a hand in the area of ​​Lucas Gourna-Douath, not helped by a bad recovery from Greens goalkeeper Stefan Bajic.

In great shape, Brest (11th) has a fifth consecutive victory, a record in Ligue 1 in the history of the club.

Brest midfielder Romain Faivre, during the match against Bordeaux, during the 15th day of Ligue 1, November 28, 2021 at the Matmut Atlantique Stadium Thibaud MORITZ AFP / Archives

Troyes, thanks to goals from Renaud Ripart (7th) and Rominigue Kouamé (34th) inflicted a fifth consecutive defeat on Lorient (2-0) and moved away from the red zone.

Les Troyens (15th) pass just in front of their opponents of the day.