This year, no tears but screams of joy: Novak Djokovic and Serbia have passed the quarter-finals of the Davis Cup, Wednesday in Madrid at the expense of Kazakhstan, and face ... 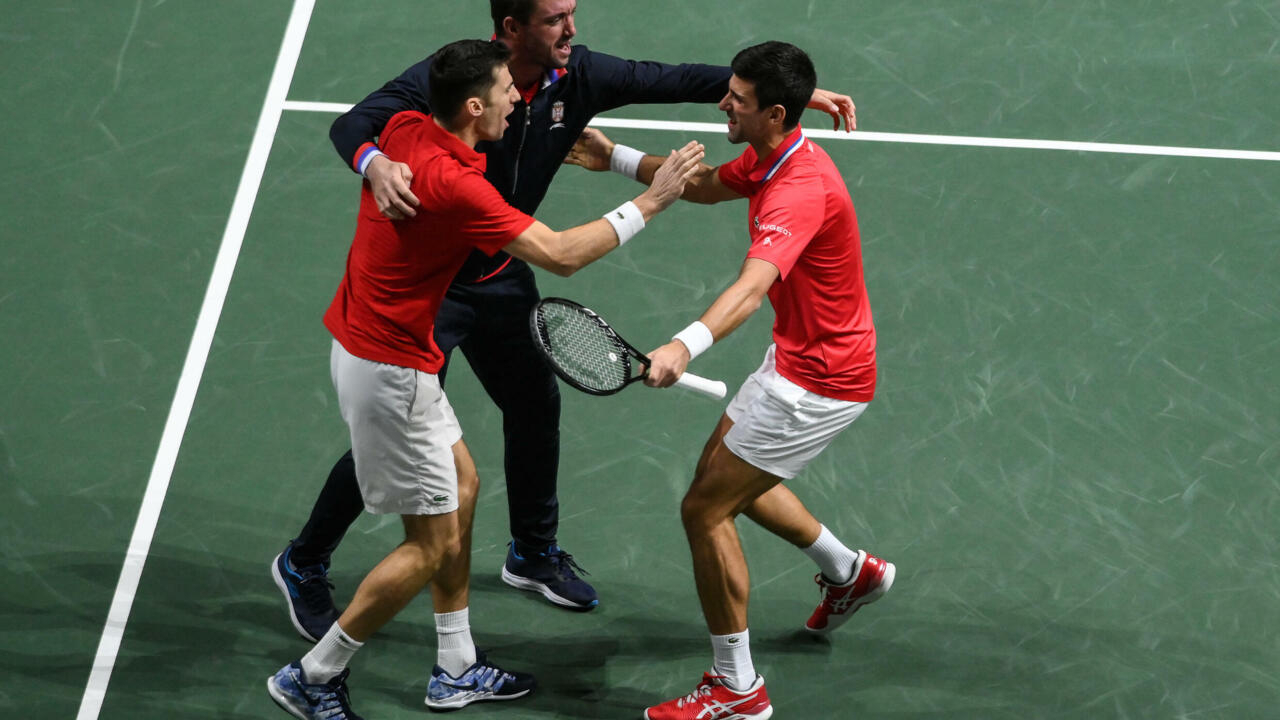 Serbia's last appearance in the national team competition, already in Madrid in 2019, ended in a quarterfinal loss to Russia in the decisive game (10/8) of the third set of the decisive double.

At a press conference, Djokovic who had lost this double associated with Viktor Troicki, was in tears like his teammates.

Wednesday against Kazakhstan, Troicki was still alongside Djokovic, but on the bench as captain.

"We were unlucky in the first game, we came so close. But Novak was incredible in singles and doubles," said the captain.

It was together with Nikola Cacic that the world No. 1 won the qualification point by beating the Kazakhstanis Andrey Golubev and Aleksandr Nedovyesov 6-2, 2-6, 6-3.

Kecmanovic, preferred by captain Troicki to Dusan Lajovic and Filip Krajinovic yet better classified, had obtained the first match points ... four match points (at 5-3 in the third set, and 6 points at 4 in the tie-break).

Having annihilated them all, it was Kukushkin who got four of them.

He knew how to conclude.

Charge to Djokovic, therefore, to carry Serbia on his shoulders until the half.

Impressive in his first two singles of the competition, he again easily passed the obstacle Alexander Bublik (36th) 6-3, 6-4 for a 16th straight Davis Cup singles victory which allowed Serbia equalize at 1-1.

"We have not finished the work, I hope we will win the double", then tempered "Nole", arrived Monday from Innsbruck (Austria), where Serbia played the group stage behind closed doors .

Half an hour later, the world No. 1 in search of a second personal silver bowl and for Serbia after that of 2010, was back on court in doubles.

Mass seemed to be over when the Serbs easily won the first set.

But the Kazakhstanis have not given up.

And inflicted the same punishment they had just taken.

But Troicki's men got their hands on the game and were able to let out an ecstatic howl.

"I couldn't be prouder of our fighting spirit. We dropped in level in the second set, but we managed to bounce back, stay calm and turn the tide," said Djokovic.

Serbia will play its fifth Davis Cup semi-final against Croatia on Friday.

The other half will oppose Germany on Saturday against the winner of Russia-Sweden scheduled for Thursday.