Álvarez de Toledo challenges Genoa: "There is a pseudo operation to relegate the best, like Alejandro Fernández; we have to refound Constitutionalism"

"Let's move on to the re-founding of constitutionalism with the grouping of the best." With these words, the PP deputy for Barcelona to Congress, Cayetana Álvarez ... 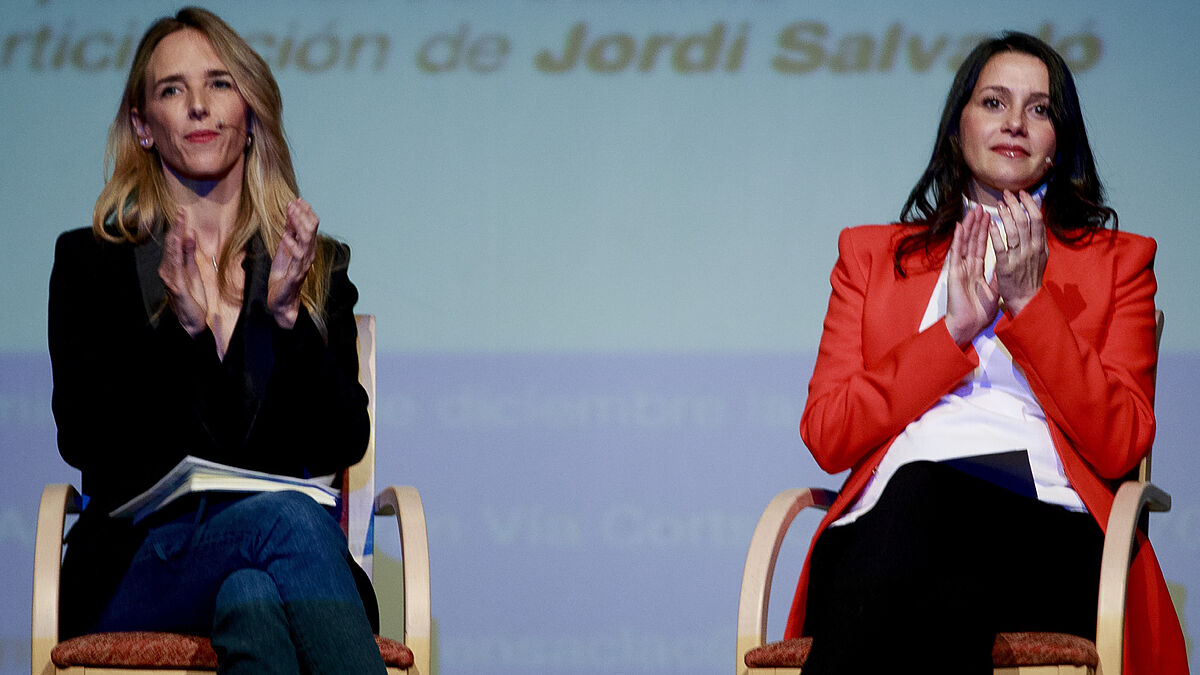 "Let's move on to the re-founding of constitutionalism with the grouping of the best." With these words, the PP deputy for Barcelona to Congress, Cayetana Álvarez de Toledo, has called for a union of the forces that have defended the Constitution in Catalonia in recent years, in opposition to the independence process, and has vindicated the figure of the leader from the Catalan PP, Alejandro Fernández, very questioned from the general leadership of his party from which voices come out to remove him from his position and make another person more comfortable with economic sectors and moderate nationalism.

For this reason, Álvarez de Toledo, against the movements of the national leadership of the PP, denounced "a pesudo operation to relegate the best, and among them Alejandro Fernández, for which we must re-found Constitutionalism." Thus he urged the leaders of Cs and his party to work "for the regrouping and re-founding of constitutionalism" and with a "sense of state, constancy and perseverance" since it is a "long-term" task.

"The so-called constitutionalist parties do not measure up to constitutionalism, the three of us have forced many people to behave like heroes," said Álvarez de Toledo, referring to PP, Ciudadanos and PSOE and for this reason he urged to end "constitutionalist flogging exercises." and put an end to "the division of the Democrats that leads to the very helplessness of constitutionalism."

The PP deputy also regretted another "ongoing constitutional operation" such as "resuscitating Catalanism" and which she considers "insane". In this way he recalled that this "pujolismo is not the solution to the problems" since there are sectors of the PDeCAT and the old convergence that want to get hooked on a new platform to reach agreements in Congress before a possible victory of the PP in the next elections. It is in this area that the 'popular' consider that they can reach agreements with "people who put their center-right condition before their nationalist condition" according to Álvarez de Toledo who considers it to be a "lie" since he believes that this project, "which are experiments of witches that the elites of Madrid like very much, "they are"a moral outrage and a strategic nonsense since it means sacrificing the constitutionalist half "in Catalonia.

For this reason, he considers that this "bargaining chip" is "besides an immorality, a uselessness" since "there is no moderate nationalism" and it would mean "reissuing the policy that has brought us here", "The policy of appeasement with the presumed moderate Catalanism, it has brought us decadence, internal fracture and failure ", explained the PP deputy and asked for more presence of the State in Catalonia in addition to the" radical delegitimization of nationalist ideology, since everything is infected " and fight "the cultural battle everywhere such as institutions, universities or the media."

"Search what unites us"

He also urged "to stand up" to the Catalan constitutionalists "challenging the totalitarians on their ground, to go from mere resistance to the offensive" since the independence process "failed" although "the PSC has resurrected it." Álvarez de Toledo participated in a colloquium in Barcelona with the leader of Cs Inés Arrimadas organized by the Centro Libre de Arte y Cultura and S'ha acabat.

In this act, Arrimadas recalled that his formation defended a unique candidacy in Catalonia with the constitutionalist forces and asked "to seek what unites us, each one from his own space." He also urged to combat nationalism in Congress since he considers that "everything is the same, there are no half measures" in reference to the ERC agreements with the PSOE in which it has changed its support in the budgets, the law of citizen security "that weakens the security forces so that they can carry out the next coup d'etat" or the "insane" law of university coexistence that will give "absolute impunity in what happens on campus, since the entire mandate passes to the rector without guaranteeing rights and freedoms ".

The leader of Cs indicated that entities of S'ha Acabat will suffer the effects of this norm since they will have "less protection" in a "field of reflection and openness such as the university, which is an instrument for the mental and ideological reprogramming of the young Catalans ".

Thus, he urged to change the electoral law in Congress, which would be "a decisive act" to end the nationalist power in Congress.

InterviewSalvador Illa: "The Supreme Court ruling does not attack Catalan, it has to be complied with"