In the past year, the number of cases concerning possession and distribution of child pornography among young people has increased sharply in the Malmö police area. 14 reports have been made so far this year and the suspects are almost always under 15 years of age. 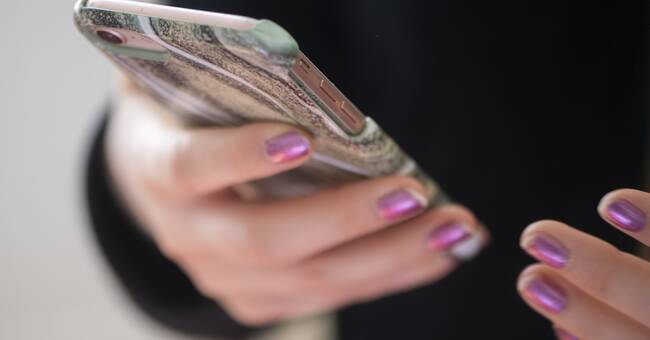 - Many children and young people do not understand that it is a crime to spread photos and videos of sexual abuse.

It can be difficult to understand how serious violations the victims are exposed to, says Jenny Douhan, head of the preliminary investigation in Malmö, in a press release on Tuesday.

The films and pictures are often spread between young people via social media.

To only have a child pornographic file on your phone, tablet or computer is a crime.

- It is very important that we parents talk to our children about what is okay, not okay and what is actually a crime.

Having child pornography on their phone or spreading it further is a continuation of the serious abuse that the children have been subjected to, says Jenny Douhan.

Seven reports of unlawful invasion of privacy with young plaintiffs have also been made in Malmö.

In these cases, the material, also in the form of pictures or films, has not been judged to be pornographic but still something that can be deeply offensive to the person affected by it.

- If a young girl takes a lightly dressed picture of herself and sends it to a friend.

If the friend then, without consent, spreads the picture further, he commits a crime.

It could also be that someone unauthorized has managed to get into a girl's mobile and there come across private pictures which are then spread further, says Jenny Douhan.

The police assess that there is a large number of blacks in this crime category.

Many feel shame and guilt and do not dare to tell.

- But it is very important that you actually tell and report so that we can investigate the crime, says Jenny Douhan.