World-2023: the Blue provide the essentials in their summit

The France team made a giant leap towards the World Cup-2023 by disposing of the Welsh (2-0), their most serious rivals in qualifying, on Tuesday with goals from Kadidiatou Diani and Selma Bach ... 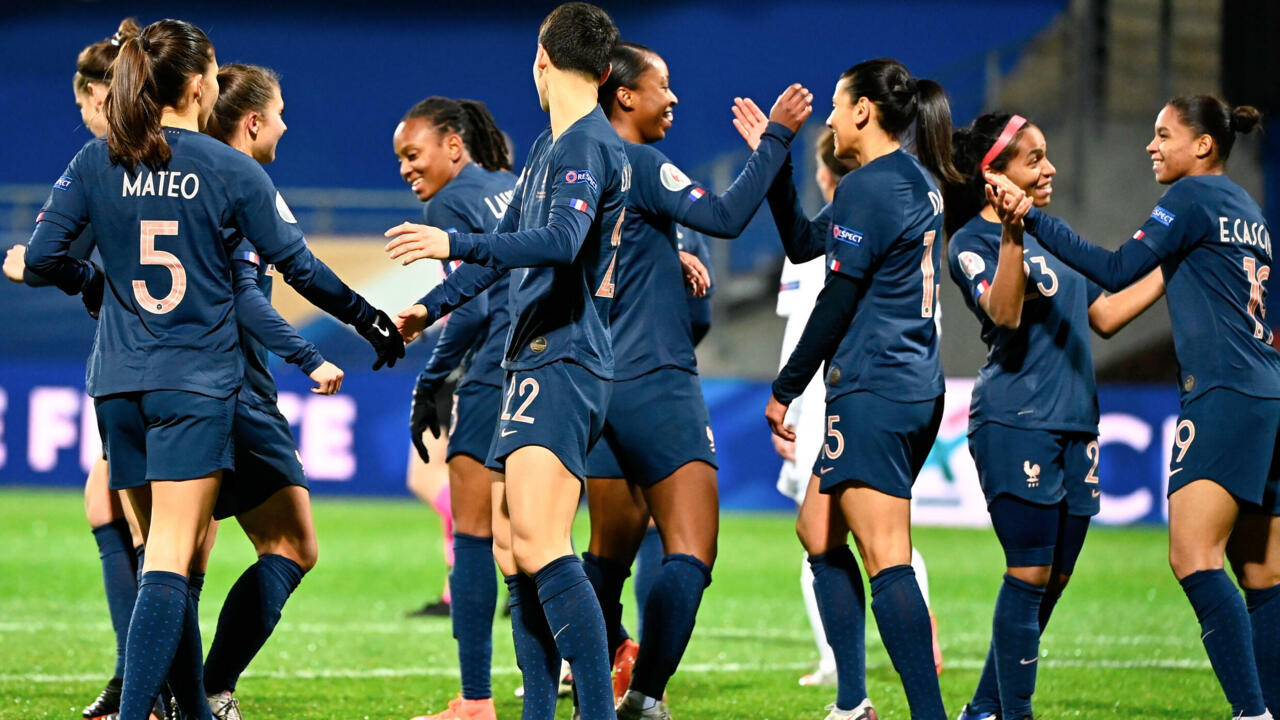 The road to Australia and New Zealand, host land for the next World Cup, cleared under the fine rain of Guingamp with this sixth success in as many meetings, applauded as it should by the few 8,100 spectators from the Roudourou stadium.

Corinne Deacon's Bleues take the lead in Group I with five points ahead of the Welsh and seven more than the Slovenes, hung in Greece (0-0) earlier.

Two victories in April in Wales and against Slovenia at home and the direct ticket to Oceania would be composted.

The success on Breton soil allowed the coach to see how her rejuvenated team behaved under the pressure of a big meeting, facing an adversary certainly poorly classified (34th in the Fifa ranking) but who came with a technical background and a commitment certain.

Everything was not perfect, far from it.

The wingers' activity was able to mask the lack of creativity in the midfield, transmissions were sometimes slow to be ensured and the technical waste that had upset Deacon on Friday against Kazakhstan (6-0) has not completely disappeared.

Outnumbered after the expulsion of their center forward in the 70th minute, the visitors even gave Pauline Peyraud-Magnin a cold sweat, saved by her relaxation (59th) and by one of his posts (89th) on attempts by Jessica Fishlock.

Nevertheless, the French held the ball for the vast majority of the meeting and tired the Welsh defense with repeated calls from the sides.

The wings of happiness were embodied by Kadidiatou Diani, the scorer (45th + 1), and by his passer, the untenable Delphine Cascarino.

The Parisienne and the Lyonnaise issued a first warning when, on a new devastating kidney blow in the second, Diani almost hit the nail on the head (20th).

The pair found the loophole just before the break.

The Cascarino rocket took off on the right wing after recovering the ball on a Welsh touch in his camp, before going on a dazzling acceleration, a big bridge on a defender then a perfect back pass for Diani who converted the 'left offering (45th + 1, 1-0).

The happiness of the coach of the Bleues Corinne Deacon with her staff after the success against Germany in a friendly in Strasbourg, June 10, 2021 PATRICK HERTZOG AFP / Archives

"Delphine has qualities of speed and interesting percussion, it would have been a shame to do without it", had estimated the day before Deacon when commenting on the performance noticed against Kazakhstan of Cascarino, with "profile a little similar" to that of Diani.

The Lyonnaise went on Tuesday for a fourth successive tenure, a rare series for her in the selection, where she was often barred so far by Diani on the right and Amel Majri (seriously injured) on the left.

As for Diani, the most capped of the France group (67th selection) has assumed his role of experienced manager with efficiency, scoring his fourth goal in four international matches this season.

The PSG winger came to celebrate his achievement with young substitutes Selma Bacha and Melvine Malard, two symbols of the 2000 generation which has regenerated a strongly renewed selection in recent months.

Entering in the second half, the two 21-year-old Lyonnaise closed the mark.

Malard led a counterattack and passed the leather to Bacha who sent a strike in the top corner (90th), majestically punctuating a first dream gathering for her.