What to expect from “Together citizens!”, The movement launched by the majority?

Several personalities of the Republic on the march launched Monday in Paris the movement "Together citizens!" which aims to support the future presidential campaign of the majority, which should be led by outgoing President Emmanuel Macron. On Europe 1, the editorialist Nicolas Beytout sees in it the return of old-fashioned politics. 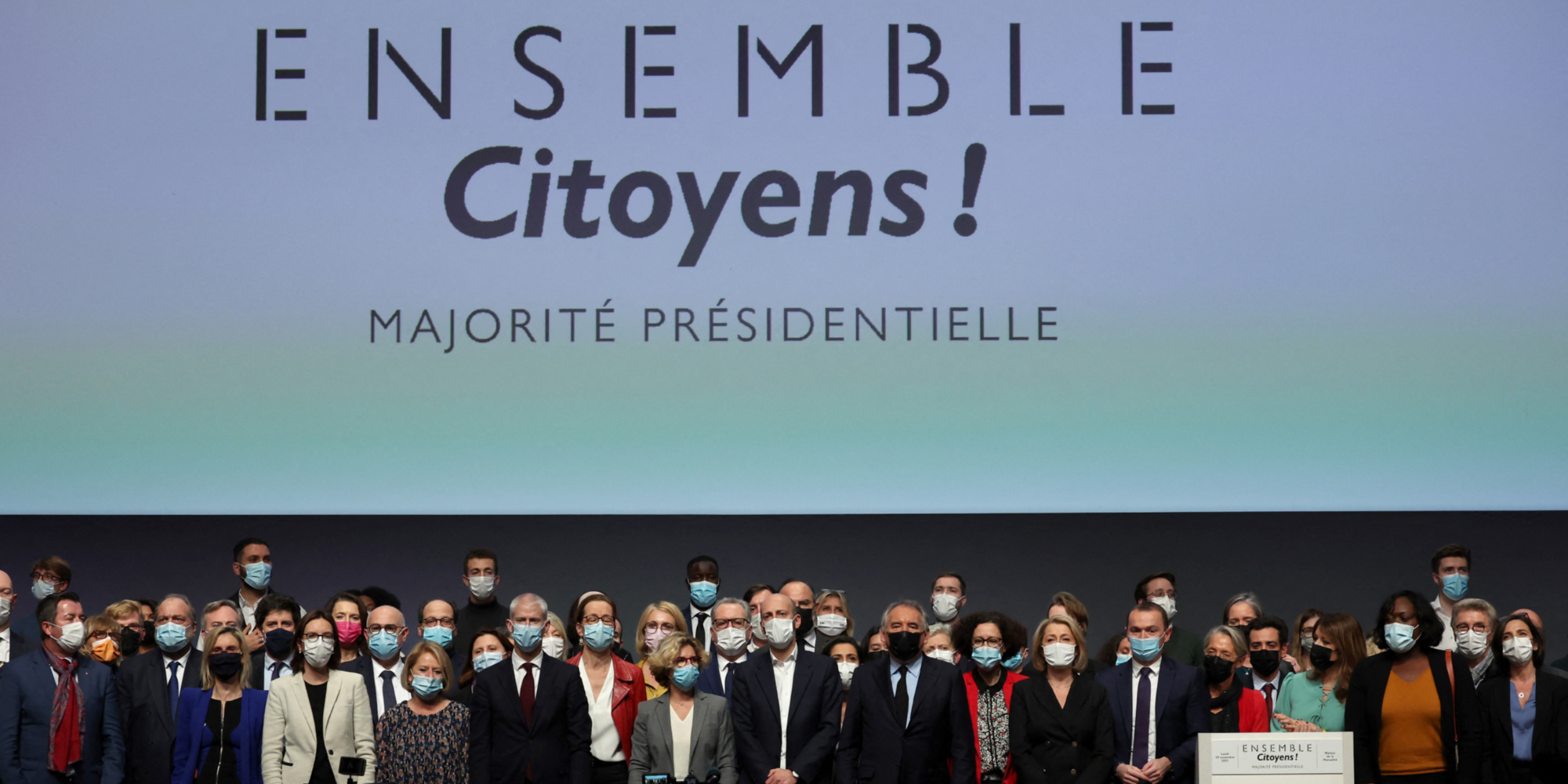 Several personalities of the Republic on the march launched Monday in Paris the movement "Together citizens!"

which aims to support the future presidential campaign of the majority, which should be led by outgoing President Emmanuel Macron.

On Europe 1, the editorialist Nicolas Beytout sees in it the return of old-fashioned politics.

A funny name that recalls another.

Monday evening, several personalities of the Republic on the march, the presidential party, launched in Paris a new political movement called "Together citizens!"

who should support the presidential campaign of the outgoing president, Emmanuel Macron.

Among these figures of the majority are Édouard Philippe, Richard Ferrand, François Bayrou or even Prime Minister Jean Castex.

In good French, "Together citizens!"

“Together citizens!” Is first of all a bizarre name, with an exclamation point and an “s” for citizens, which, in good French, means absolutely nothing. But the name of this political movement had to contain a unifying word (together), that it have a republican meaning (citizens) and an exclamation point as for En Marche !. Yes, because this “Citizen Ensemble!” Is the new electoral war machine of the parties, large, small and tiny, which support the re-election of Emmanuel Macron.

We will find there the members of the Republic in March, flanked on their right by the new party of Edouard Philippe (Horizons, with an s - definitely, they have funny names in this political family -).

There will also be in the center right the people of Agir, in the center-center the Modem, and in the center left the members of Territoires de Progrès while waiting possibly, a little further to the left, for the microstructure called In common, created by Barbara Pompili.

And it's all supposed to be a movement.

A movement focused on the legislative elections of 2022

Because it is indeed a movement, and not a party. As Magritte would say, this is not a political party. It sounds like it, but it will be much more gassy. For example, there should be no direct members, no activists from this one structure. Belonging to Together Citizens! will go through registration with the political parties that will make up this "thing". And this "thing" will have as a finality the next legislative ones. All this small world is placed in the hypothesis where, Emmanuel Macron having a strong chance of being reelected, it is then that everything will be played out, during the legislative elections, in June.

This is when the re-elected president will know whether or not he has a majority to rule. So far, historically, all elected presidents have succeeded in sending, in the process, a strong majority of deputies to the Assembly. This is how Emmanuel Macron, after his victory in 2017, was able to elect an absolute majority of candidates, many of whom are unknown, sometimes totally inexperienced in politics. The problem is that this majority has left feathers in the journey of the current five-year term.

The Macronians of pure obedience are now in the minority in the Assembly, and they must deal with the elected MoDem of the shadowy François Bayrou, as well as with the right and left wings of the Republic in March.

It couldn't take any longer.

And the risk was to see all this small world represent themselves in dispersed order in the legislative elections.

After having been a winning machine, the Republic in March could become a losing machine.

Hence the birth of Together Citizens!

Personalities who do not give up their autonomy

If several parties will compose this "thing", they will continue to exist all the same. And that's the limit of the exercise. Because, naturally, the politicians who have already started to take their autonomy vis-à-vis LREM have no intention of giving it up at all. This is the case in particular with Edouard Philippe, and his new party. If the former Prime Minister has publicly supported the candidacy of Emmanuel Macron for a second term, he intends to work on his behalf in the years to come.

François Bayrou, for his part, wants to maintain his influence over the majority and is very wary of all internal competition, in particular that of Edouard Philippe.

It will take all the talent of this old politician who is Richard Ferrand, the president of the National Assembly and co-builder of "Together citizens!"

to make this unidentified political object live and survive (other than on paper).