The New York Stock Exchange ended the month of November sharply lower on Tuesday, shaken by concerns about the Omicron variant and by the Fed boss's firm remarks on inflation and the ... 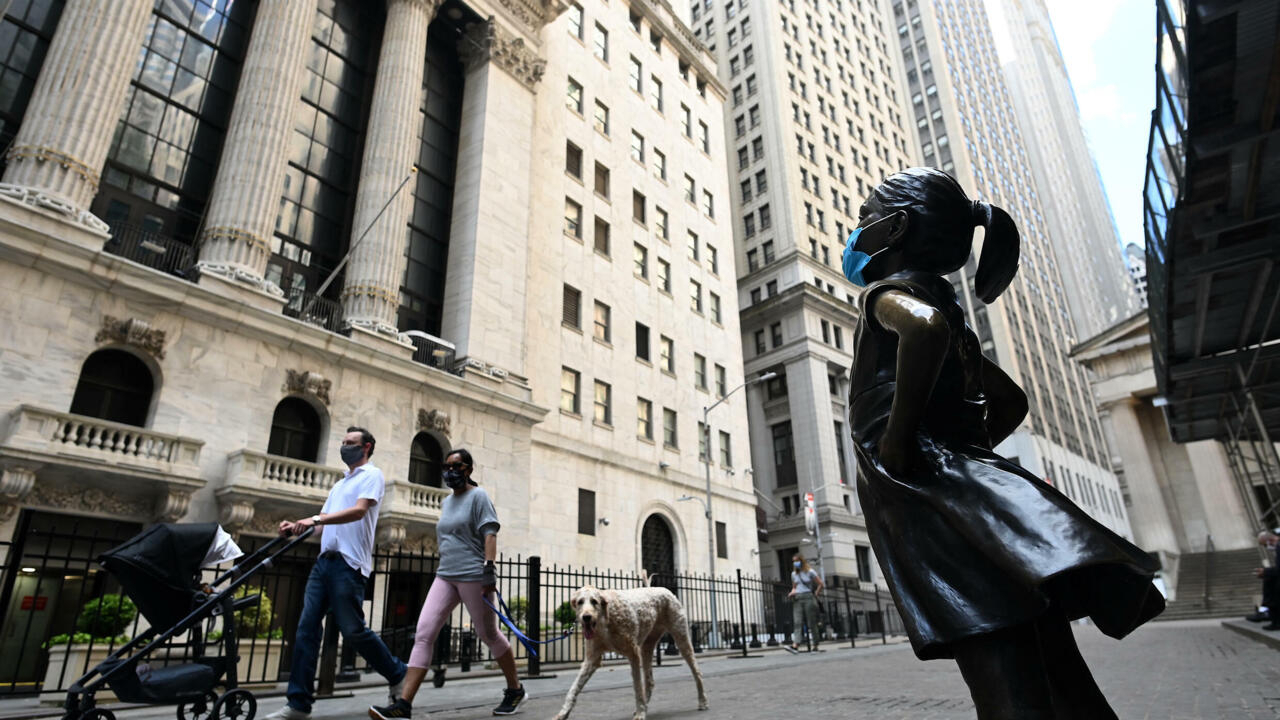 Over the month, the index of blue chip stocks lost more than 3%.

The stock market indices had started the day already destabilized by the Omicron variant, responsible since its appearance in South Africa on Friday for the worst session of the year on Wall Street, and by questions about the effectiveness of vaccines.

Their fall accelerated with the testimony of the boss of the American Central Bank (Fed) before a Senate committee.

Jerome Powell felt the time had come to stop talking about "temporary" inflation in the United States.

"The risks of more persistent inflation have increased," he said while continuing to consider a faster reduction in asset purchases in order to fight against this rise in prices.

"The economy is very strong and inflationary pressures are high and it is therefore appropriate to consider concluding a few months earlier (than expected) the reduction in our asset purchases," he said.

This remark sent indexes plunging because it is synonymous with the prospect of an earlier-than-expected hike in interest rates.

“Markets, which were already nervous over Omicron fears, were shocked by comments from Jerome Powell that the Fed is considering speeding up the timeline for reducing its asset purchases in order to better combat the inflation, ”said Cliff Hodge, chief investment officer at Cornerstone Wealth.

Same story at Oxford Economics where economist Kathy Bostjancic underlined "the more hawkish tone on inflation" of the Fed boss, "signaling an acceleration of the decrease in monetary support" despite the specter of Omicron on the economic activity.

Mr Powell confirmed that this subject would be on the agenda of the next meeting of the Central Bank's Monetary Committee on December 14 and 15.

On the bond market, rates reacted differently, with short-term rates (2 years) tending to 0.55% against 0.48% the day before.

Wall Street had already started the session badly with statements from the boss of the Moderna laboratory to the Financial Times.

Stéphane Bancel estimated that there would be a "significant drop" in the effectiveness of vaccines, faced with the new variant.

"Markets remain focused on the Omicron variant, its impact on global economic activity and how governments will respond even as President Biden assured Monday that a return to restrictions was not on the agenda ", summarized the analysts of Schwab.

As for indicators, consumer confidence was undermined by inflation in November, according to the Conference Board.

The titles of pharmaceutical companies have accused the blow.

Its rival Pfizer, which said Monday that it had started working on a formulation of its vaccine against the Omicron variant, did well (+ 2.54%) but its partner BioNtech dropped 2.97%.

The day after the announcement of the departure of Jack Dorsey from the management of Twitter, the title of the social network dropped 4.02% to 43.94 dollars.