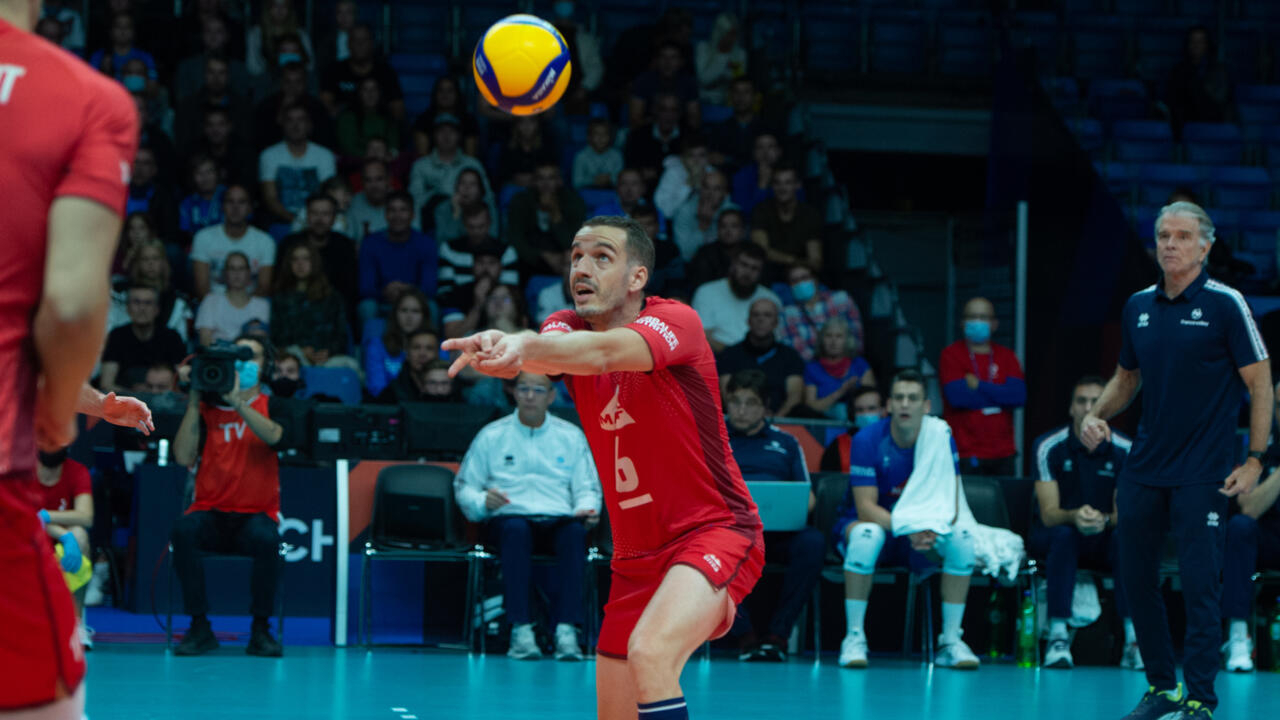 The town of Jastrzebie-Zdroj, less than 100,000 inhabitants in the south-east of the country, took on a blue… and golden color this summer with the arrival of a quarter of the sacred French volleyball team in Tokyo.

"At the start of the championship, the media here talked about it a bit. With three Olympic champions in the same club, we are a bit of the French mafia", laughs Trévor Clévenot, contacted by AFP.

On the spot, the elimination of Poland, world champion in the quarterfinal of the Olympic tournament by the Blues was quickly forgotten, to listen to them.

"If we had lost against them, that would have been another story. We would have heard a lot more about it," jokes Stephen Boyer, interviewed by AFP.

He and his two teammates of reigning Polish champion Jastrzebski begin the group stage of the Volleyball Champions League on Tuesday against Bulgarians Pazardzhik.

The only French club involved, Cannes began the same day, with a trip to Fenerbahçe against Olympic champion Yacine Louati, who took the opposite route by leaving Jastrzebski where Benjamin Toniutti, Stephen Boyer and Trévor Clévenot have since landed - late.

"I had to go to Turkey, explains the latter. But because of the level of play, I preferred to go to Poland. In a room in Tokyo, Benjamin told me that there was a place and a way to find an agreement."

Stephen Boyer (# 12) celebrates with his teammates the coronation of the Blues in the final of the Olympic volleyball tournament against Russia in Tokyo, August 7, 2021 JUNG Yeon-je AFP / Archives

"Totti" knows the local league well, having played for the previous six seasons at Kedzierzyn-Kozle, the club with which he conquered the Champions League in May, a first since 1978 for a Polish team.

"The Polish championship is one of the best in Europe with the Italian and the Russian, described to AFP the captain of the Blues. And last year, with a complicated draw, we showed that the clubs here could beat the best. "

Namely, the title holders of Civitanova (2019) in the quarter-finals, then in the semi-finals the Russians of Zenit Kazan, winners of the event from 2015 to 2018.

This year, Toniutti sees "six or eight teams capable of going to the end", including Jastrzebski.

But "a victory in the Champions League, it is built," he said.

"With Zaksa (Kedzierzyn-Kozle, Editor's note), it took years. So, to say that we are going to win it would be a bit pretentious."

Notably because the club has renewed half of its starting six.

But he also saved time by recruiting three players who know each other inside out.

"In the field, no need to work on the pass-attack relationship: we have already worked it all summer," explains Trévor Clévenot, all the less disoriented as he remained "Totti" 's roommate.

The reception-striker of the Blues Trévor Clévenot goes up to the smash against Germany at the Euro, September 6, 2021 in Tallinn RAIGO PAJULA AFP / Archives

The + French + connection also quickly sparked off, since they swept away the European champion Kedzierzyn-Kozle 3 sets to 0 in the final of the Polish Supercup a month ago and they point to the second championship place.

In C1, they inherited a "fairly open group with the ability to come first", observes Benjamin Toniutti.

"Then we'll see how it goes, be careful Trévor Clévenot. There is a draw, it's always random."