Former commissioner José Manuel Villarejo has delivered to the court that is judging him in the National Court emails crossed with the CNI. Their intention is to demonstrate that their activities ... 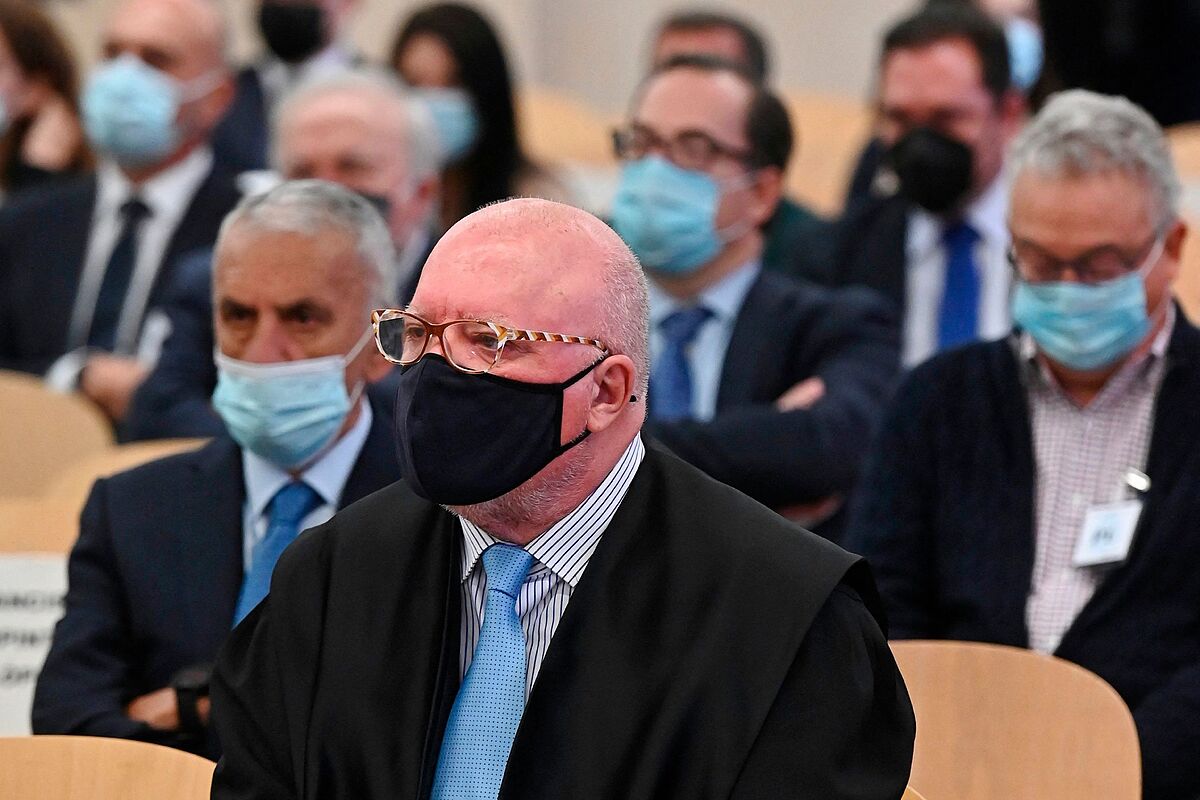 . His intention is to demonstrate that his business activities responded to tasks of the State and were not operations for his own enrichment. The emails reflect the participation of the CNI in the

, which sought to gain influence in Equatorial Guinea and which was ultimately used to open the criminal investigation against Villarejo.

Among the documents that this newspaper has accessed there are several that are issued from the domain "areatec.com", which according to the data revealed in

That leak included emails about the hiring of Hacking Team by the CNI, which through emails from the areatec server indicated that the contract would be collected at the headquarters of

, attached to the CNI.

The first of the emails provided is a message from a certain "Jhon [sic] Silver" from an email from Areatec to Villarejo's email address on Cenyt's server.

It is the main company of the former commissioner, who appears in all the investigations opened against him in the National Court.

The message conveyed to Villarejo that in the operation they had underway in the former Spanish colony, he should not use certain companies already employed before and therefore "burned".

"We cannot use any companies that I have already pointed out to you that operate in the area. Neither TCR Fornaciari LTD or Tecsystem LTD, which you propose to receive payments from the Government of Guinea, can be used and you should not even mention them, since you know them from having participated in other projects that should not be mixed and were in the relationship that we sent you. Contact Javier who will structure something where it can be more effective ", indicates the email to Villarejo, dated May 29, 2012.

The signatory of the letter, "Aquiles", continues: "We propose in the bank and if possible in the same city, country where your client is receiving the project funds. Any question that arises we propose to meet directly where ever."

In a message a few days before under the subject "Guinea. Payments" the same issuer had sent "Pepe" a long list of companies that he should avoid in the project they had in hand.

"As on other occasions"

The emails join the insistent references of Villarejo and his lawyer,

, to the collaboration of the police throughout his career with the intelligence services.

Over the years, the relationship deteriorated and Villarejo blamed the CNI for having maneuvered to activate the

that now has him on the bench.

The documents reflect, according to the defense, that the Guinea operation under investigation in the main piece of the Tandem case was "structured and controlled" by the CNI.

The reasoning of the defense is that if Cenyt's business activity was supervised by the intelligence services, the contracts that it could make to maintain its appearance as a company in the market could in no way constitute a bribery offense.

An email would reflect especially how everything was controlled. It is sent by another alias "sonnicolau", from an areatec email. I have received your message, first of all, thank you. Right now I am going to communicate it to those who have the issue in Madrid so that they know how ugly the matter is getting. "In another from areatec," hauspersin "tells Villarejo to anticipate" pending payments as on other occasions. " At the time of receiving the BE funds, we liquidate ", in reference to the Bank of Spain, the origin of the reserved funds payments.

This crime, which punishes the public official who acts in exchange for some benefit, is one of those attributed to Villarejo in the trial that is being held, referring to three of the pieces of the Tandem case.

In addition, in the main piece of the case he is held responsible for laundering funds from Guinea, when, according to the defense, the emails show that they were movements controlled by the CNI.

Work "with the ogre"

Other emails on the same matter come from the lawyer Francisco Menéndez.

They reflect that after being detected laundering operations with funds from Guinea, he was proposed to turn the page in exchange for collaborating in the CNI's strategy in Spain.

His messages to Villarejo's partner in Cenyt, the also accused Rafael Redondo, reflect the risk of the assignment and the concern that in the end it will not serve to get rid of an accusation for money laundering.

"I got in touch with those who were going to remove the Treasury from my trail, but they ask me to work in Malabo alongside the ogre [in reference to the president, Teodoro Obiang] and if they catch me I will lose my head," he says. Menendez.

"If it is not in exchange for a great effort on my part they will leave me lying," he adds about the alleged offer of the CNI to help him with legal problems.

Menéndez ended up declaring against Villarejo and promoting the Tandem macro-operation, according to Villarejo as part of the CNI's maneuver against him.

The lawyer is accused in part 1 of that case, although with a minimal request for conviction by Anti-Corruption after having collaborated.

Rebellion of prosecutors Threats to Stampa, the prosecutor who has pilloried Dolores Delgado