The war in Ethiopia.. Abi Ahmed sends large reinforcements to Amhara and calls on the Tigray Front to surrender

On Tuesday, the Ethiopian army sent large reinforcements to control the Amhara region, which is witnessing violent battles and mutual shelling, and Prime Minister Abiy Ahmed urged the Tigray People's Liberation Front to "surrender", stressing that the army is close to victory. 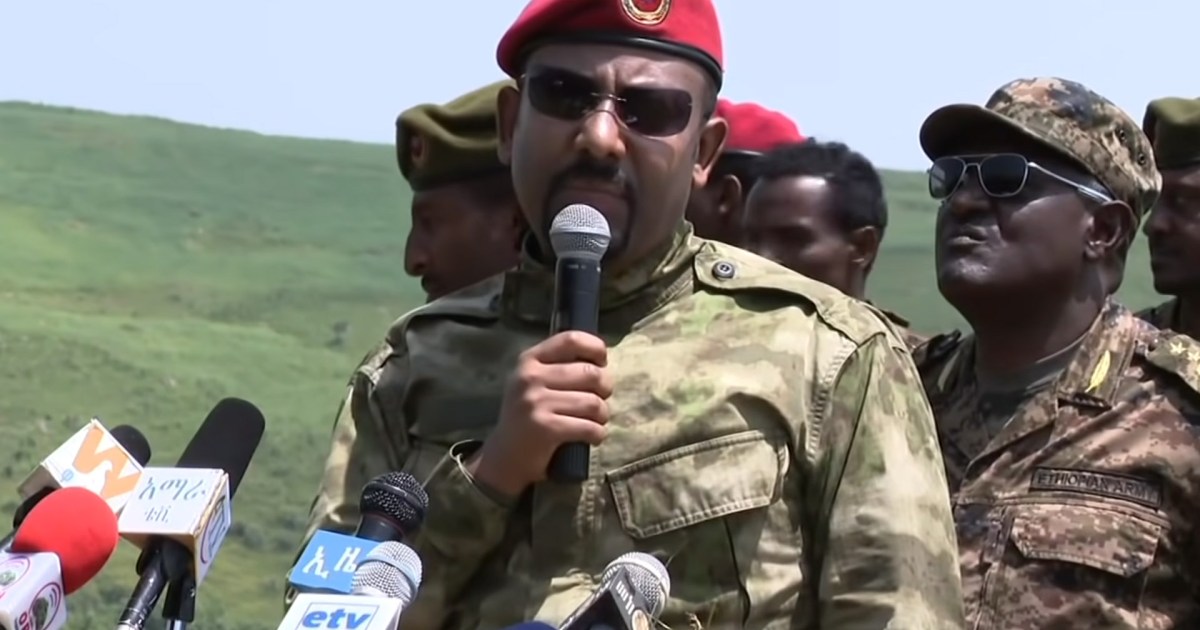 Today, Tuesday, the Ethiopian army sent large reinforcements to control the Amhara region, which is witnessing fierce battles and mutual shelling, and Prime Minister Abiy Ahmed urged the Tigray People's Liberation Front to "surrender", stressing that the army is close to victory.

Al-Jazeera correspondent in the "Burka" front - which was recently taken over by the Afrin special forces - stated that the Ethiopian army forces pushed with large reinforcements to fight a decisive battle with the militants of the Tigray Front to control the town of Bati in Amhara region.

The military reinforcements included fighters, machine guns and military vehicles that crossed the town of Casa Gueta, 20 km from Bati.

The reporter added that the Casa Gita front witnessed an exchange of artillery shelling between the government forces and the Tigray Front militants, at a time when the confrontations were intensifying in the Amhara region on several fronts.

Abi Ahmed appeared in a new video he filmed from the battle fronts, in which he said, "From here we plan a strategy to defeat the rest of them. We will adopt military technology to reduce human losses. The enemy aims to break the dignity of the people and the country, but it will not succeed."

"My message to the enemies is that you have fought the battle with the innocent and you are sacrificing the youth of Tigray," he added.

Abi Ahmed called on the Tigrayan youth to surrender, arguing that the government was forced into this war, and that it would nevertheless win.

The PM has made a call today for TPLF fighters to surrender peacefully & end the needless loss of a generation of Tigrayan youth.

This is an extension of the several similar calls made by the GoE early in the conflict, and is aimed at halting further bloodshed.

The Prime Minister's statements came after his forces announced the control of the town of Shivra, the completion of control over the Afar region, and their departure to the Amhara region.

On the other hand, a spokesman for the Tigray People's Liberation Front described the government's military victory as a "farce" interspersed with "ridiculous maneuvers".

The war broke out a year ago when Abi Ahmed sent forces to Tigray to overthrow the Tigray People’s Liberation Front, in a move he said was to respond to attacks carried out by the movement’s elements against army camps. , according to the United Nations.