The foot found after a flood in Arganda has been identified: it is a former drug trafficker and protected witness who disappeared after a bullfight in Las Ventas

The severed foot found after the floods in Arganda at the end of August 2019 belongs to Justino Cordovilla, a neighbor of Collado Villalba who disappeared two months before and ... 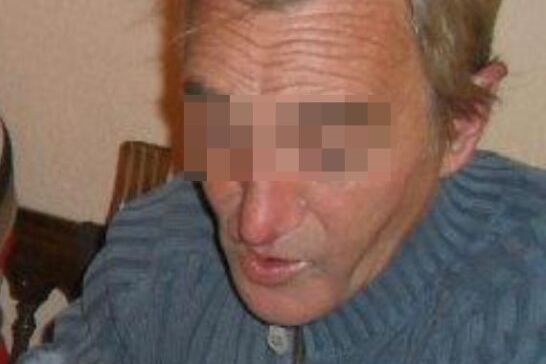 The severed foot found after the floods in Arganda at the end of August 2019 belongs to Justino Cordovilla,

, as confirmed yesterday by the Civil Guard Command of Madrid.

The human foot was found on August 27 in Laguna del Campillo (in the municipality of Rivas) by a group of adolescents who were walking and playing in the area when they found the rest floating on the shore.

The first hypotheses suggested that this rest

could have been dragged to the area by the strong storm that affected the region,

The agents ruled out that the foot

belonged to a person who was a victim of the flood

, which left great material damage but no injuries.

They were more inclined to the theory that it could correspond to the dismembered corpse of some person.

may have been buried

until they were washed away by the rain.

sent the severed foot to the Forensic Anatomical Institute,

which analyzed it and determined that it belonged to a middle-aged Caucasian man, who may have died some time ago.

But they had nothing to compare it to to confirm his identity.

That same summer, but on June 9,

the Collado Villalba peña campera organized an excursion to attend the bullfight in Las Ventas.

Upon leaving, they counted and discovered that a partner was missing, Justino.His family and friends searched for him in Madrid and its region and reported what happened to the authorities, but without success, which is why he

continued to appear on the long list of unsolved disappearances. .

, which was sent to the National Institute of Toxicology and Forensic Sciences in Madrid and later they were compared with the existing data in the base of the Phoenix Program of missing persons, showing the coincidence that the foot belonged to the missing Villalba neighbor.

Now, the agents are investigating what happened to the man.

Everything indicates that Justino was killed by a reckoning, his body cut up and buried somewhere in the area.

The floods unearthed that part of the body that ended up in the Rivas lagoon.

According to Vozpopuli, this man's past was linked to drug trafficking, since he

to introduce cocaine into Spain

from countries such as Colombia, Costa Rica and the Dominican Republic.

Justino was arrested in 2009 in Costa Rica with six kilos of cocaine and sentenced to 10 years in prison.

The clan he worked for promised to help him get him out of prison.

After six months behind bars, he decided to collaborate with the Justice and send his gang to prison.

He was extradited to Spain under a witness protection program

Now, the armed institute investigators are collecting testimonies from their close circle, both from their family and from the bullfighting club.

The great 'hub' of Madrid Logistics tension: a day in the bowels of the express mail giant

Working Progress Digitization, a pending issue for 46% of Spanish SMEs