Andrés and Carol were returning home from an adventure in South Africa. His flight left Cape Town on Thursday, November 25, a few hours after the PCR that, by giving ... 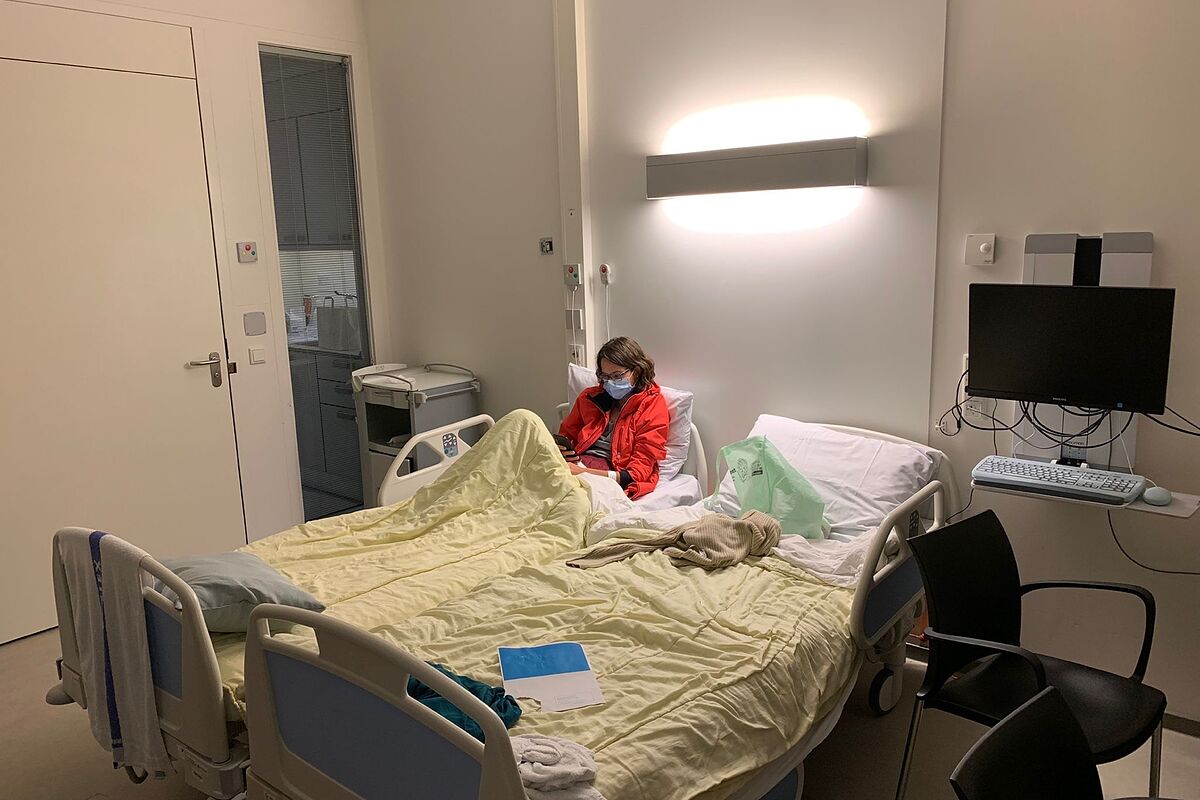 Andrés and Carol were returning home from an adventure in South Africa. Their flight left Cape Town on Thursday, November 25, a few hours after taking the PCR which, when negative, allowed them to get on a plane of the Dutch airline KLM. That same day, a group of South African scientists gave the alert that the world is facing a new variant of the virus that causes Covid-19. What was later baptized as the omicron,

, but that has been enough to alarm the world.

The trip was about 11 hours. Half a day and enough for several countries, including the Netherlands, to shut down most of the planes that had taken off from a southern African country. The variant is believed to have originated there:

. A valid hypothesis, which is still a mere unconfirmed hypothesis, nor a change in the course of the pandemic: Europe was already facing a surge of infections that has once again taken measures and restrictions out of the box.

Andrés and Carol had not found out about these news because they were in heaven, without internet access or calls from friends to give notice. But when they landed in Amsterdam, already on Friday,

. "The news is that there is no news," he answered the passengers every time they asked for explanations, as the hours passed.

In the afternoon, a team from the Dutch health services, which is commonly known as the GGD in the country, arrived mobilized by the government and armed with swabs to perform PCR on 624 people who had arrived in two planes: one from Johannesburg and one from Johannesburg. another from Cape Town, both from the ban South Africa. In the end,

61 were positive cases, 14 with omicron

, but all were sent to a nearby hotel to quarantine. The rest, negative and home with preventive isolation. Carol was positive and Andrés negative, but they were allowed to stay together at the hotel because the two had to be isolated.

This couple had just passed the Covid-19 about three months ago, and they had two negative CRPs that were barely 24 hours old. It seemed strange to them and they

demanded a second PCR in case it was a false positive

, but they found the constant rejection of the GGD, and "the total abandonment by everyone", they count, among the indignation, fatigue and astonishment for what it happened to them later. His insistence ended with a member of the GGD and a guard handing Andrés a bike to go buy antigen tests at a supermarket, the two say.

In theory, neither of them could leave the hotel.

Both tests were negative, to the surprised look of the same agent and the health official.

"Then you can go away," they

say he told them. They put their luggage back in their suitcases, called a taxi, said goodbye and went to the airport to catch a plane to Barcelona to go home and put an end to this somewhat sour adventure. But the reality is that this was only the beginning of a long drama. "We were already inside the plane when a policeman appeared and told me that I was detained, to get out. And he told Andrés to stay on the plane, to go back home," he describes that situation. The couple did not want to separate, and both went from there to the police station and later to a hotel for people with tuberculosis,

detained or in "forced isolation ".

That was followed by a lack of explanation and communication, a hellish night with the smell of a sewer because the bathroom had exploded with all its stenches.

The police and the mayor's office accusing them of having escaped.

They denying the greatest over and over again. They made another PCR that was negative and nobody wanted to give them the result in writing ... all until a lawyer,

, who defended them without asking for a penny because "they share the cause," he told them. And in the end he kept his promise to get them out of that hospital.

On Tuesday night, the Prosecutor's Office decided not to ask that they continue in forced isolation.

There is no legal reason to do so, especially since, with the exception of the positive PCR on Friday, the succession of tests that were carried out were all negative.

"They have released us," he

writes in a short message.

"It is a lie that we have escaped," he always repeated.

Neither the GGD, nor the gendarmerie, nor the municipality have given explanations.

Did they violate the quarantine, or was it all a series of official mistakes for which no one wants to take responsibility?

Chairman of the Barceló GroupSimón Pedro Barceló: "Spain has everything to be a success story"