The workers built vehicles there, they now repair them: Renault presented Tuesday the transformation of its Flins plant into a "ReFactory", symbol of its ambitions in the cir economy. 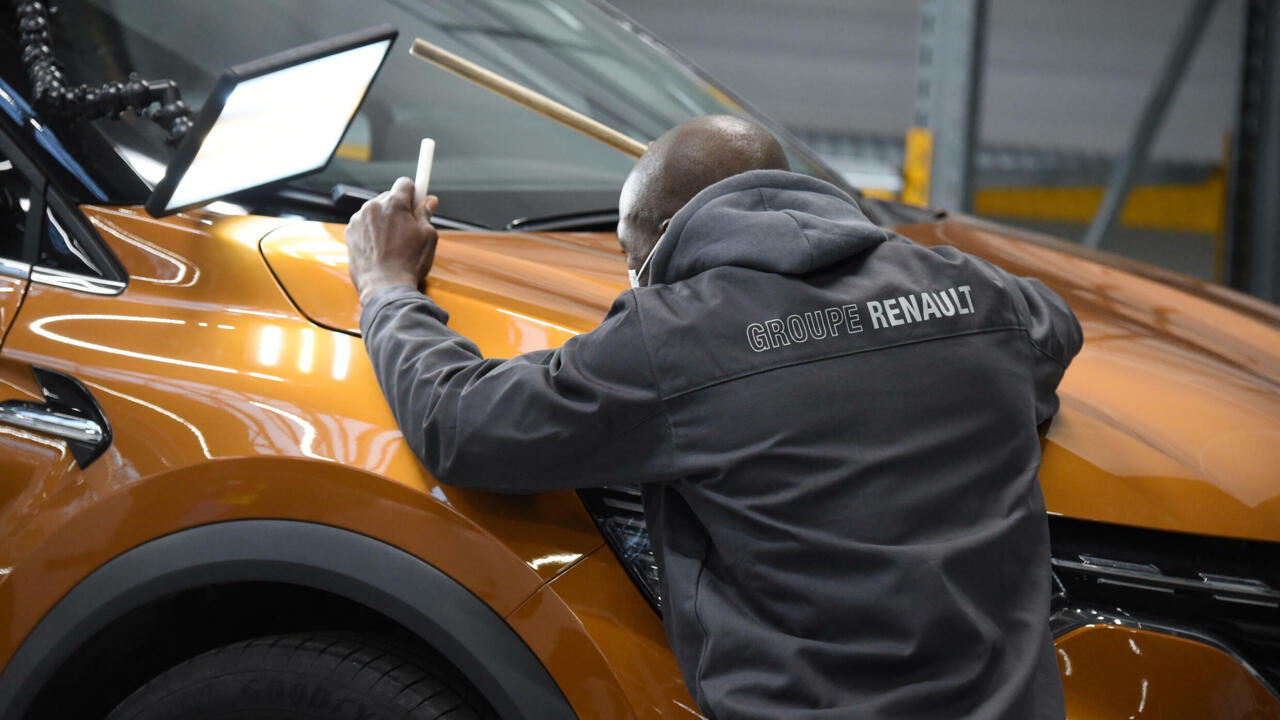 Near the Seine in the north-west of Paris, hundreds of second-hand cars wait in front of an old building of this factory which has assembled Dauphine, Supercinq and Twingo since 1952.

Since September, dealers in the region have been sending their (very) recent second-hand vehicles there to have them "reconditioned", that is to say, to restore them to almost new condition, in less than eight days.

After a complete check-up, an oil change, dent removal, painting, followed by a shower and a photo shoot, the cars go back to the dealership to be sold there.

"The site functions like a factory for new vehicles, with an obsession with hyper-rationalization, where every second counts", underlines Jean-Philippe Bahuaud, director of the ReFactory project, presenting the site to the press.

All of the assembly line employees, who are still building Zoé electrics until 2024, will eventually switch to these new activities.

"In the assembly line it was routine, there I touch a bit of everything", explains the worker.

"Each car has its flaw, we learn it every day. We work like in a large garage, we give each other a hand."

An employee examines a car in the "ReFactory" factory in Flins, near Paris, November 30, 2021 Eric PIERMONT AFP

The site is also starting to take care of the cars that Renault rents through its Zity and Mobilize services, which are abused during their self-service use.

"Yesterday we had a burnt from the inside, which we managed to clean," explains Cyril Chen, one of the mechanics.

Launched in September, the site will gain momentum by also opening up to vehicles from other brands: the idea is that the site reconditions 45,000 vehicles per year, generating 200 million euros in turnover by 2025. .

A balance sheet "much better" than if it had been necessary to close the site, and which gives it "a raison d'être", launched the general manager of Renault, Luca de Meo.

"This is an example of our ability to industrialize circular economy jobs," he says.

And "this is only the beginning. (...) The ReFactory project shows that we can be profitable and sustainable".

From 2022, the "ReFactory" of Flins will also include on its 237 hectares a "retrofit" site to convert thermal vehicles into electric, as well as a pole responsible for reusing and repairing electric batteries (20,000 by 2030) and hydrogen fuel cells, and a repair and recycling center for spare parts.

Renault plans to eventually train 4,000 employees in new professions there and develop an innovation center and a start-up incubator.

After a wave of relocations, in a gloomy automobile industry, the manufacturer aims to employ 3,000 employees in Flins and achieve there by 2030 "more turnover than by assembling cars there", by generating "more than a billion euros in turnover in the circular economy", according to Mr. De Meo.

The objective is also to have a "negative carbon footprint" at the end of the conversion of the site, "thanks to new activities of products and services helping to avoid CO2 emissions", according to Renault.

The brand, which aims for carbon neutrality in 2040 in Europe, is currently considering the supply of electricity to the site.

This model could be replicated: the group has already announced the launch at the end of 2022 of a second "ReFactory" in its Spanish factory in Seville.