Omicron .. Moderna questions the efficacy of available vaccines, and Europe is talking about mild symptoms for the infected

The European Union said today that the symptoms of people with the new Corona mutant “Omicron” remain mild, while the head of Moderna Corporation said that it is not likely that vaccines against Covid-19 will be effective with the new mutant. 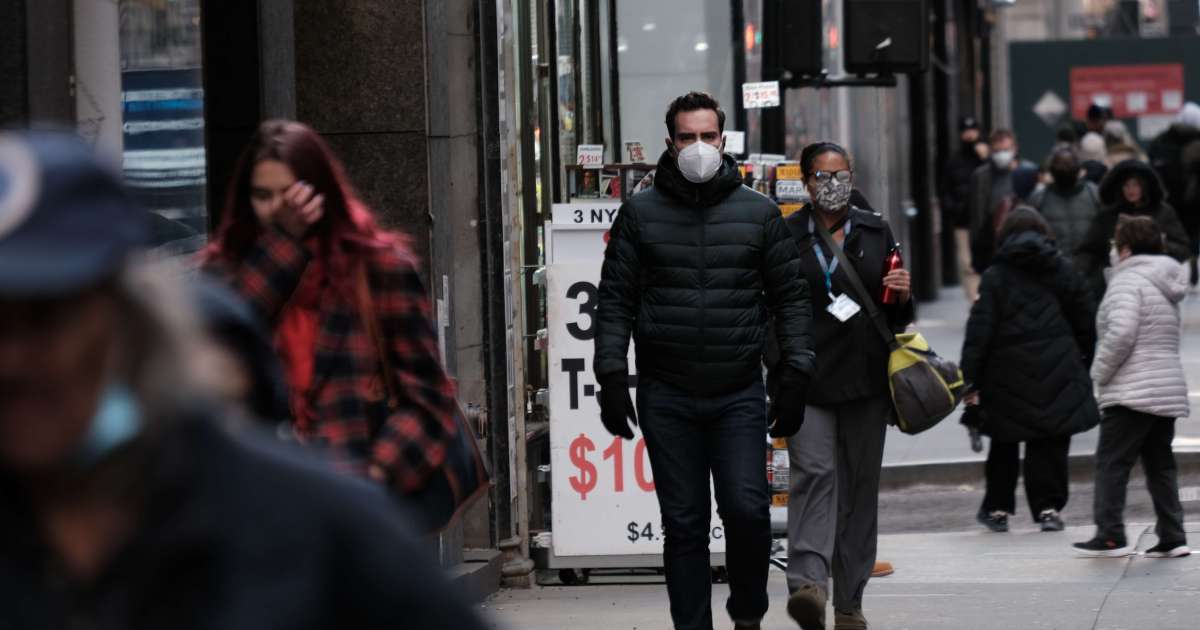 The European Union said today that cases of the new Corona mutant "Omicron" have mild symptoms, while the president of the American company Moderna said that it is not likely that the anti-Covid-19 vaccines will be as effective with Omicron as with the "Delta" mutant.

Andrea Amon, head of the European Center for Disease Prevention and Control, said in a teleconference that 10 countries in the European Union had so far recorded 42 confirmed cases of the Omicron mutant, whose danger the World Health Organization said is worrisome due to the large number of mutations present in the new mutant.

Amon - who heads the European Union Center - added that the latter analyzes the data of 6 cases likely to be infected with the new mutant, noting that the confirmed cases present their owners with mild symptoms or no symptoms at all.

So far, no deaths have been recorded as a result of the new mutation in the countries where infections were detected.

The head of Moderna Pharmaceutical Company, Stefan Bancel, said - in a statement to the British newspaper "Financial Times" - that he believes that the available vaccines against the Corona virus will not be as effective as those recorded against cases of the delta mutant that appeared last year for the first time in India, It quickly spread all over the world.

Speaking about the effectiveness of the available vaccines in fighting the new mutation, Bancel added, "I think there will be a fundamental shortcoming. I don't know how much that is because we need to wait for the data, but all the scientists I spoke to said that it would not be good."

The president of Moderna added that due to the large number of mutations on the coronary protein that Amicron uses to infect human cells, it is likely that an adjustment to the current production of vaccines will be necessary, noting that it will take months until pharmaceutical companies can manufacture new vaccines on a large scale. Broad focus on the new mutant.

However, the famous British University of Oxford contradicted the statements of the president of Moderna, and said today that there is no evidence until now about the ineffectiveness of the available vaccines in preventing the emergence of severe infections with the new mutant, due to the lack of data currently available on Omicron, and “therefore, caution should be exercised when evaluating the impact of Vaccines on the mutant.

The university stated in a statement that it is ready to accelerate the development of the vaccine against the Corona virus, which it produced in cooperation with the British company AstraZeneca.

The American companies, "Pfizer" and "Johnson & Johnson", said yesterday, Monday, that they, like their competitor Moderna, had begun work on a new version of their anti-Covid-19 vaccine targeting the mutant Omicron, in the event that their vaccines were not effective. In protection from the new strain.

And last Thursday, South Africa announced the discovery of the new mutant Omicron for the first time, and then in the following days, many countries of the world announced that they had recorded infections with the new mutant, which prompted governments to restore restrictions on international travel.

Today, Japan recorded the first infection with the omicron mutant, while Scotland announced the registration of 3 new infections, and the Singapore authorities said today that the country will postpone reopening procedures until the evaluation of the new mutant, and will also strengthen the conduct of Corona virus examinations for travelers and frontline workers to reduce the risk of transmission locally.

According to the latest forecasts, the number of Omicron infections in South Africa is expected to reach more than 10,000 per day.

India said - late on Monday - that it is ready to send more vaccines against Covid-19 to Africa "urgently" to help combat the mutated Omicron, after China pledged to send another billion doses to the continent.

India and China have close relations with many African countries, but Beijing has pumped more money into the region and pledged on Monday to invest another $10 billion.

Yesterday, the Director-General of the World Health Organization, Tedros Adhanom Ghebreyesus, stressed the need to raise the ceiling for giving vaccines, and said that Omicron shows that the world needs a new agreement on epidemics.

US President Joe Biden said yesterday that he believes that facing Omicron is through more enhanced vaccines without the need to re-impose the closure procedures, at least for the time being, and Biden called in a speech at the White House not to panic about the spread of the mutated, and urged unvaccinated Americans to take the vaccination. or receive their booster doses.

It should be noted that since the first infection appeared at the end of 2019 in China, the Corona virus has caused the death of at least 5 million and 197 thousand people in the world, and the United States remains the most affected country by the pandemic, both in terms of deaths (more than 776 thousand). Or injuries (48 million and 229 thousand).