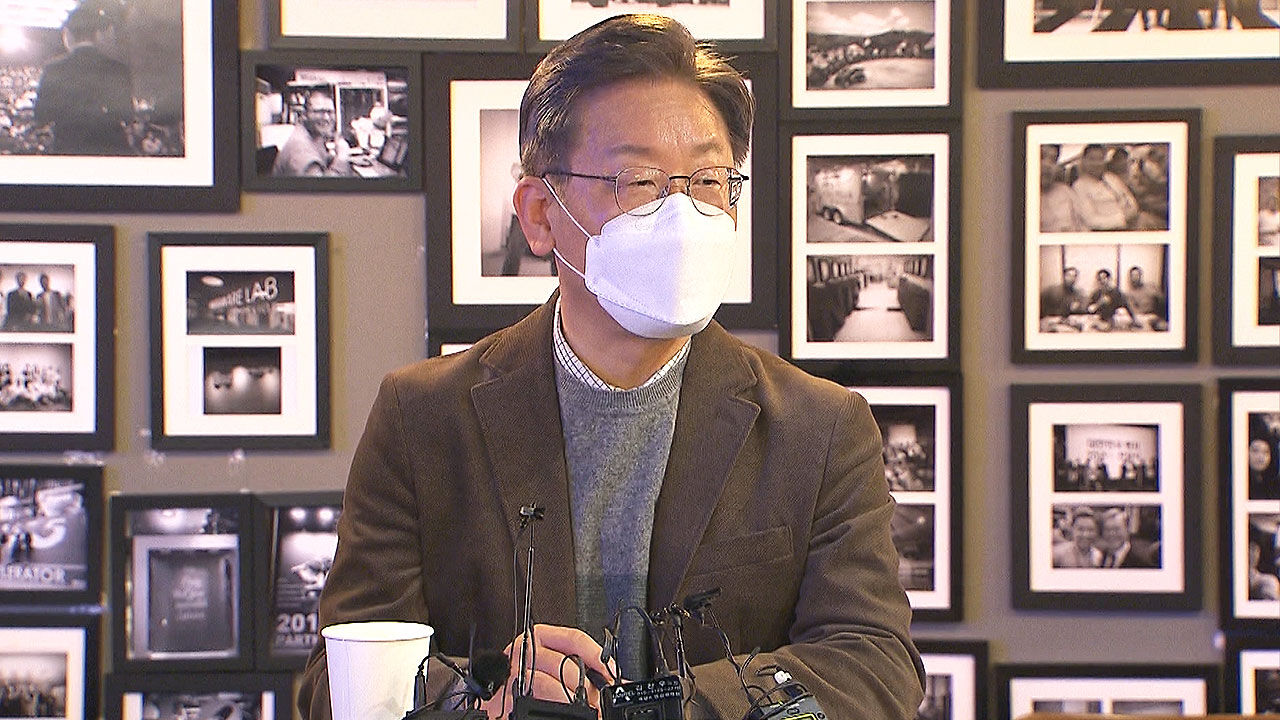 Democratic Party candidate Lee Jae-myung has decided not to set a separate external schedule today, but to focus on the future presidential election.

Next, Party Chairman Song Young-gil will visit the publication commemoration of Rep. Park Yong-jin, who ran as a candidate for the Democratic primary in the past.

Candidate Lee said that innovative start-ups are necessary and the government will take an active role and promise to help start-up companies raise funds.

In the midst of this, the Democratic Party has decided to temporarily close the 'Rights Party bulletin board' on the party's website from today.

Then, some party members strongly protested, calling it a regression of democracy within the party.

The Democratic Party said it had taken these measures to prevent excessive disputes in advance amid a recent escalation of conflict between Candidate Lee Jae-myung and former supporters of Lee Nak-yeon.

The Democratic Party also decided to impose an 8-month disciplinary action against Professor Lee Nak-yeon, who was a former member of the primary camp Lee Nak-yeon, who criticized Lee's promise of a basic income.