In the press - Joséphine Baker entered the Panthéon: "Oser Joséphine"

On the front page of the press, this Tuesday, November 30, three women in the spotlight: The Franco-American artist Joséphine Baker, who is now entering the Pantheon, the British socialite Ghislaine Max… 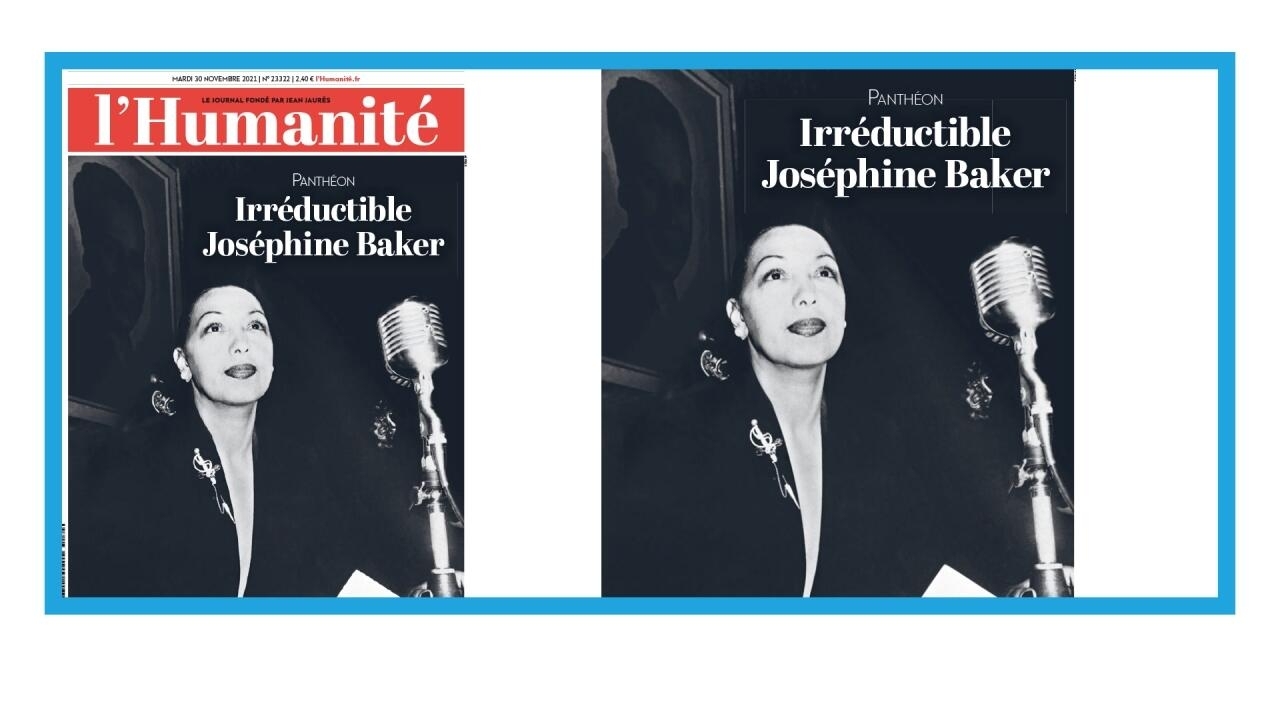 : Receive the France 24 Press Review every morning on your

On the front page of the press, this Tuesday, November 30, three women.

The first of them, the Franco-American artist Joséphine Baker, is entering the Panthéon today. "The poor little girl of segregationist America, leader of the Roaring Twenties, resistance and anti-racist activist, now French, will be the first black woman to enter the Pantheon":

pays tribute, this morning, to "the irreducible "Joséphine Baker and says she does not want to sulk her pleasure" to see thus honored this luminous face of a mixed France, joyful and united ".

L'Humanité on Tuesday, November 30, 2021 at newsagents and from 10 p.m. this evening on a computer https://t.co/s4nZf9skga tablets and smartphones with our IOS apps https://t.co/Nwm028Ng9C and Android https: / /t.co/AzRCWAjIRD#pantheon #josephinebaker pic.twitter.com/dCA2Cr1UCT

inspired by rock singer Alain Bashung and his song "Osez Joséphine", decidedly, everything ends up happening. The newspaper notes that Joséphine Baker "obviously does not have the classic profile of the great characters so far honored" at the Pantheon, but considers that she has embodied, in her own way, a France "foreign to the notion of segregation". A "universalism" in reverse of a "strong current coming from America", which would seek today to "assign each one to his race, his sex", would preach "resentment" and would theorize "the war of all against all" , according to the newspaper.

The American press, precisely, is more skeptical. "Giving Josephine Baker a heroine's grave will not bury the truth":

denounces "French republican racism." For the American weekly, "in a nation which saw citizenship as indivisible, race was considered invisible, but if race did not officially exist, racism was nonetheless present." The newspaper recalls that the old "French Empire, from Asia to the Caribbean, was based on strict racial hierarchies", and that the racial difference of black American artists was accepted in the past because the French did not did not find themselves "involved in the conditions which had made their exile necessary".

“Their racial status was honorary, but not unconditional,” the publication adds. "Black Americans were free to write about the racial atrocities committed in America, but not to comment on the colonial atrocities committed by France." She sees in Joséphine Baker's entry into the Pantheon a "political decision" by Emmanuel Macron, who would find there "an opportunity for gentle intervention and without financial cost, in the problems of the moment". Emmanuel Macron, found in the drawing by Coco, published by

, paying tribute to Joséphine Baker. "Let us salute the values ​​of a great humanist," said the president, while behind her back, police officers dismantle refugee camps and expel migrants.

Another woman made the headlines this morning, in a completely different category, Ghislaine Maxwell, tried since yesterday in New York, in particular for sex trafficking. This figure of social life is accused of having played an active role in the sexual exploitation network set up by billionaire Jeffrey Epstein, who committed suicide in prison two years ago. This alleged network would have involved minors, young women "served on a plate by the predator Ghislaine Maxwell to be sexually assaulted", according to

. At the origin of the revelations on the Epstein scandal, the American daily

prefers, him, to look at the fate and the word of the presumed victims. "Although this trial focuses on Maxwell and Epstein, it is their accusers who deserve our consideration," said the newspaper. "These women who will come to the stand to tell publicly about the trauma they suffered, the humiliation, the way in which they were targeted because they were vulnerable. (...) Women who will have to tell the things they probably would like to think about least ”.

Never two without three. She also made the headlines, at only 27 years old: the Catalan player Alexia Putellas won, Monday, November 29, her first Ballon d'Or. She is the best footballer on the planet and her smile radiates, literally,

. "History", headlines the Spanish sports newspaper. Alexia Putellas is the first Spaniard to win a Golden Ball. A talented player, but also and above all a beautiful player, who presented her career as the fruit of a "collective success", before greeting her father, with a lot of emotion: "I hope you are very proud of your daughter wherever you are, daddy ".

And as in the press review, we are not misandres, we do not forget Lionel Messi, who shares the front page of

Seventh Ballon d'Or for the Argentinian.

Again, this is historic.

"They are gold," marvels the newspaper.

A word, before leaving us, of the epilogue of an adventure that I told you yesterday, the story of about sixty people who found themselves locked up for three days in a pub in the north of England, because of storm Arwen. Three days of celebration galore, which unfortunately ended yesterday. The prisoners at the Tan Hill Inn have finally succeeded in clearing snow from their cars, to reach the outside world. Unfortunately for them, the Omicron virus was waiting for them at the exit. In the drawing of Blower, found on

, one of them, suddenly, wonders: "And if finally, we stay inside?"

Also follow the Revue des Hebdos in multicast every weekend.