When Ladda Kruangram woke up to a strong smell of smoke, she woke her daughter in a panic. After covering their daughter's face with a wet towel, they climbed out onto the roof together and were then stuck there during the rescue operation - all while the apartment building was on fire. 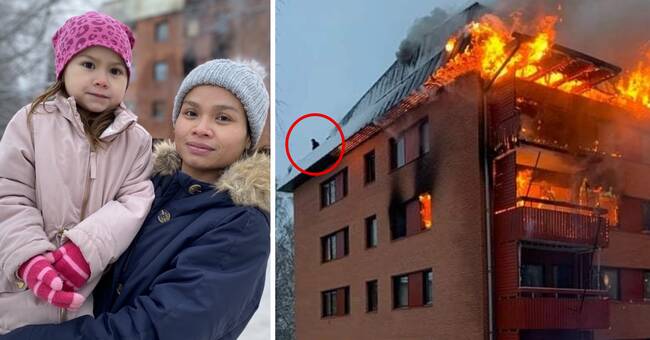 As the fire spread, the smoke billowed into the family's apartment.

- "Mom I can not breathe," she told me, says Ladda Kruangram.

Charge quickly takes it seriously and covers her daughter's face with a wet towel.

Took out on the roof

When Ladda and Mona get out on the roof, Ladda starts calling for help.

- I called Mona's grandfather but he thought we were joking, says Ladda Kruangram.

She then started Facetime and showed that they were both completely sooty in the faces.

After what felt like an eternity standing on the roof, Ladda and Mona were rescued from the burning building with the help of the steps on the fire truck, without any physical damage.