Davis Cup: Germany in the semi-finals after a relentless decisive double

Germany qualified for the semi-finals of the Davis Cup on Tuesday in Innsbruck, thanks to their duo Kevin Krawietz / Tim Pütz who won with forceps in the decisive double against Joe Salisbury… 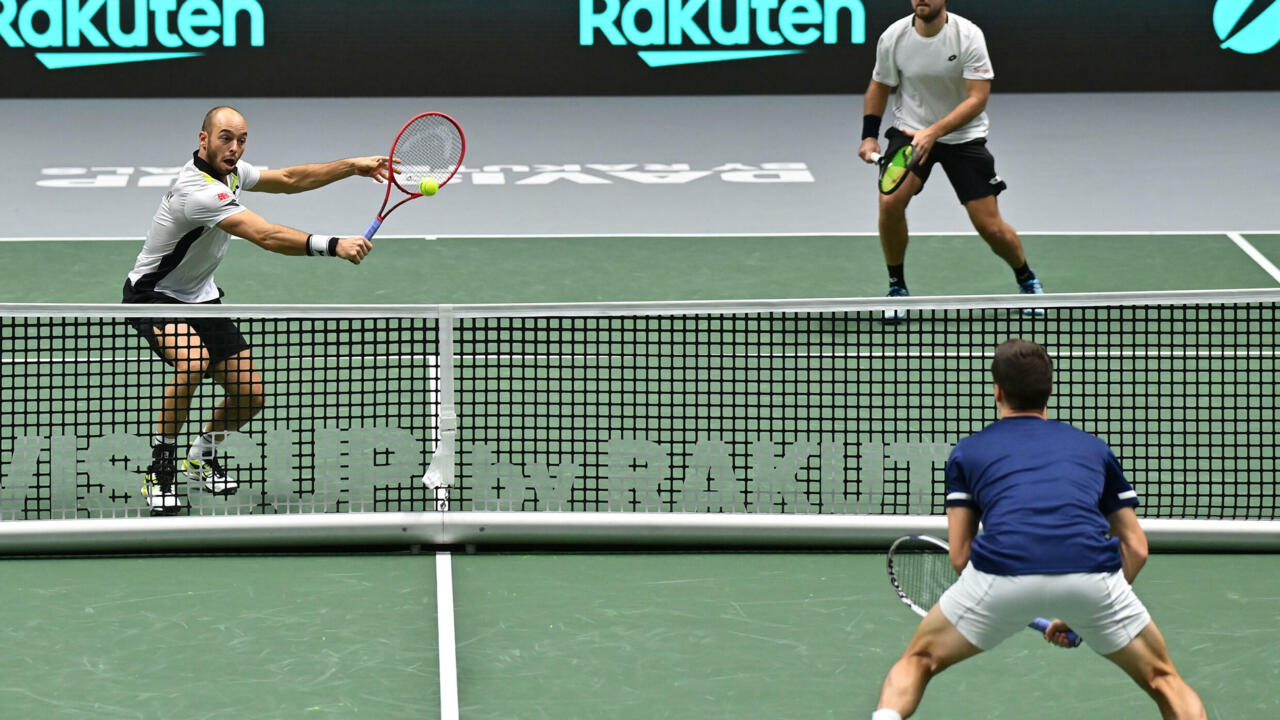 After the victory of the Briton Daniel Evans (25th in the world) against the German Peter Gojowczyk, then the German equalizer by Jan-Lennard Struff (51st) at the expense of Cameron Norrie (12th), it was up to the doubles teams to decide to the qualification.

These two duos had been decisive in the group stage to allow their teams to finish at the top of their respective groups.

Krawietz and Pütz were again to integrate the last four.

In the first round, the servers were uncompromising (only one break point in the entire round, in favor of the Germans which would have enabled them to win the round at 6-5) until the tie break where Krawietz committed a double fault. allowing the British to lead 5 points to 4 with two serves to follow.

They offered two set points, but the Germans saved them and came back to 6-6.

The British then obtained two more set points in this decisive game without being able to conclude, while the Germans materialized their second after 1:05.

Bis repeated in the second set where the servers were never endangered this time.

Not a single break point until the deciding game.

The British came off 5 points to 0 in a tie-break that seemed one-sided.

But the Germans scored 7 points in a row to win the match and the match.

Great Britain and Germany had already faced each other in the quarterfinals in the last edition of the Davis Cup, in 2019, and the British won 2-0 by winning both singles.

Germany, deprived of Alexander Zverev, will face Russia or Sweden on Saturday in Madrid for a place in the final.

Croatia clinched the first ticket to the semi-finals on Monday, beating Italy 2-1.

The other two quarters oppose Serbia against Kazakhstan in Madrid on Wednesday and Russia against Sweden on Thursday.