The test obligation, rather than recommendations, should apply to people traveling into Sweden from abroad. This is what Björn Olsen, chief physician and professor of infectious diseases, says in Aktuellt. 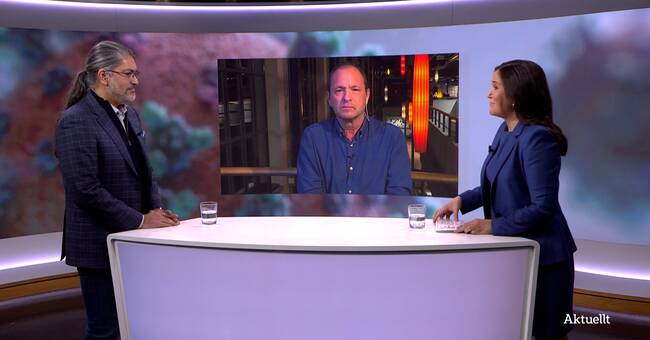 The Swedish Public Health Agency has introduced new recommendations to limit the spread of the new virus variant omikron.

Everyone who has stayed in a country outside the Nordic region during the last seven days is encouraged to test themselves as soon as possible after arriving in Sweden.

However, Björn Olsen is critical of what he thinks are too lenient demands from the Swedish Public Health Agency.

- The very word recommendation is not legally binding in any way, he says.

"Put your foot down"

Instead of calls for testing, a test obligation should be introduced, Olsen reasons.

He believes that an increased spread of infection again risks putting high pressure on healthcare.

In addition, there is great uncertainty about the new omikron variant.

- Then it is in society's interest to put our foot down and say that this is such a serious threat that we must test the people who come in and those who show symptoms, he says.

Ali Mirazimi, virus researcher and adjunct professor at Karolinska Institutet, as well as an expert at the Swedish Public Health Agency, does not think that the test obligation is the right way to go.

- If you are going to force people to test themselves, you must also force them to stay at home.

Who will do it?

It will be a practical problem, says Mirazimi, who at the same time points out that both testing and infection tracing are important measures.

He believes that the majority of Swedes will act in accordance with the authority's recommendations, even if they are not legally binding.

- Then there are some who will not do it but they are difficult to control anyway, he says.

See the whole debate in Aktuellt.