On Tuesday, several flash mobs were carried out at the schools in Hörby. The message was everyone's equal value and the initiative came from a group of girls in eighth grade at Frostaskolan. 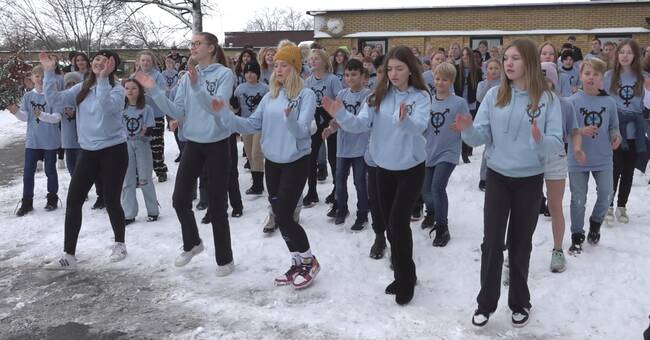 It was during a visit to the school sister that the six girls in the group of friends got the idea for the flash mob.

- We think it is important that everyone should be who they want to be, says Maja Alfredsson, 14 years old.

After setting choreography and getting students around Hörby to practice dance steps, flash mobs were carried out at six different schools during the day.

- I think it feels hopeful that we have young people with power, who dare and want to take a stand for everyone's equal value, says Camilla Delblanco, who is curator at Frostaskolan.

Controversial ban on the pride flag

After the Moderates turned on the issue, there was never a ban on hoisting the pride flag.

See what the flash mob looked like and what the girls have to say in the video above.