"The presence of this right stabilizes the internal political situation": Putin commented on his possible participation in the elections

Vladimir Putin said that he has not yet decided whether he will participate in the presidential elections in 2024. However, according to him, the very existence of this right stabilizes the internal political situation in the country. During a speech at the Russia Calling! Investment forum the president raised many questions concerning Moscow's relations with other states. In particular, he spoke about the concern of the Russian Federation with NATO exercises held in the immediate vicinity of the Russian borders, and also spoke about the consequences of the possible deployment of strike complexes in Ukraine. 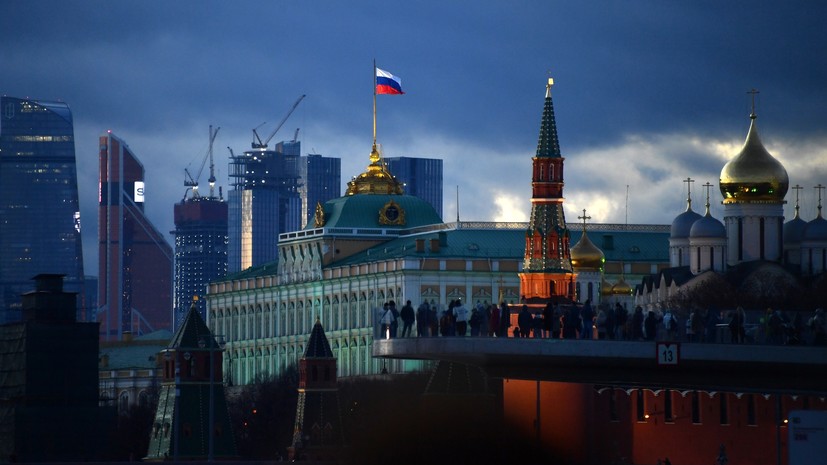 On the likelihood of participating in the presidential elections

Russian President Vladimir Putin admitted that he has not yet decided whether he will take part in the next presidential elections, which will be held in 2024.

During the plenary session of the Russia Calling! Investment forum, he was asked if he plans to run for president again and what other goals he would like to achieve for the country.

“As for my plans, here, you know, what is the focus?

The trick is that, in accordance with the Constitution, I have the right to be elected for a new term, ”stated Putin.

“Whether I will do it or not, until I have decided for myself, but the very existence of this right will already stabilize the internal political situation,” the president said, adding that it is too early to talk about plans for 2024.

Of course, I would like to implement the plans that we have announced, the goals that we have set for ourselves for the development of the country.

This also applies to human resources: we have very talented young people, purposeful, and I would like to see ambitious, patriotic young people appear on the political stage, in the economy, in business, in art, who would boldly take on the future. countries, would look for options for its development, find them and would have creative strength, physical strength, strength to implement the assigned tasks.

I do not doubt for a second that Russia has just such a future, ”the president emphasized.

On NATO exercises near Russian borders

Commenting on the relationship between Moscow and Western countries, the President stressed that the Russian side "is experiencing certain concerns" in the light of the large-scale NATO exercises, including unplanned ones, held near the borders of the Russian Federation.

“As it was very recently in the Black Sea, when strategic bombers flew 20 km from our border, as you know, carrying precision weapons, and possibly nuclear weapons.

After all, all this creates threats for us, ”Putin explained.

In early November, Defense Minister Sergei Shoigu assessed the situation with the exercises in the Black Sea region.

Then he expressed the opinion that NATO ships with high-precision long-range weapons on board that entered the Black Sea are trying to test the defense capability of Russia.

And in June 2021, an incident occurred with the British destroyer Defender in the Black Sea.

The vessel crossed the Russian state border and entered Russian territorial waters without responding to warnings.

The border patrol ship performed warning fire, and the Su-24M aircraft carried out warning bombing along the course of the vessel's movement, after which the destroyer left the territorial sea of ​​Russia.

On the prospect of deploying NATO weapons in Ukraine

In addition to the question of holding NATO exercises near the Russian borders, Putin spoke about the consequences of the possible deployment of strike systems in Ukraine.

“I have already spoken publicly ... but I will repeat once again: if some kind of shock complexes appear on the territory of Ukraine, the flight time to Moscow will be seven to ten, and in the case of placing hypersonic weapons - five minutes,” Putin said.

As the president emphasized, in this case Russia will have to "create something similar" in relation to those who threaten it so.

At the same time, the head of state said that the Russian side already has such capabilities.

“We have now tested it successfully, and from the beginning of the year we will be armed with a new sea-based missile, hypersonic, with nine Machs,” Putin said.

"The flight time will be up to those who give orders, also five minutes."

“Where are we going?

Why are we doing this?

This is the creation of such threats - and there is a red line for us.

I hope it doesn't come to that.

I hope that a sense of common sense, responsibility for both their countries and the world community will still prevail, ”he said.

In addition, commenting on the allegations circulating in the Western media and certain political circles about the "possible entry" of troops into Ukraine, Putin noted that this was discussed at the beginning of the year against the background of the West 2021 exercises, but nothing happened.

“The point is not to send troops there - not to enter, to fight - not to fight, but the point is to establish relations to create more equitable sustainable development and take into account the security interests of all participants in international activities.

If we sincerely strive for this, no one will experience any threats, ”the head of state said.

Answering the question about the growth of China's military potential, Putin stated that this does not bother Russia, since relations between Moscow and Beijing are at the highest level.

He cited the example of the United States, which is not concerned about the activities of Great Britain and France to modernize their nuclear potential.

“Why should we show any concern about the growth of the military potential of our closest neighbor, with whom we have an unprecedentedly high level of interstate relations?

No, it does not scare us, because we ourselves are developing our potential, ”the President said.

Since then, those who frightened me got scared themselves and began to change their policy towards China.

It has already changed: hence the sanctions and various restrictions, in my opinion, completely unjustified ... contrary to the norms of international law, "Putin said.

The head of state stressed that the growth of China's military power naturally follows the strengthening of the country's economic potential.

Moreover, the president said that Beijing has the right to its defense policy in such a way as to ensure the security of the country, which is home to nearly 1.5 billion people.

“Yes, the power of China is growing, we see it, everyone sees it, first of all, its economic power.

But why should we be guided in building our policy by the interests of third countries?

We have always been guided and in the future will be guided exclusively by the interests of the people of the Russian Federation, by Russian interests, ”the president added.

In this regard, he drew attention to the fact that the trade turnover between Russia and China in 2020 amounted to $ 104 billion, and in a few years the parties expect to reach the level of $ 200 billion.