Truls fever in Eslöv before the World Cup final tonight

Everyone knew that he was a great talent but that he would already now have the chance to become world champion - few thought so. But now Truls Möregårdh is in the final and in his home club they hardly understand what has happened. - He was in good shape before he left but I did not think he was this good, says coach Mattias Andersson. 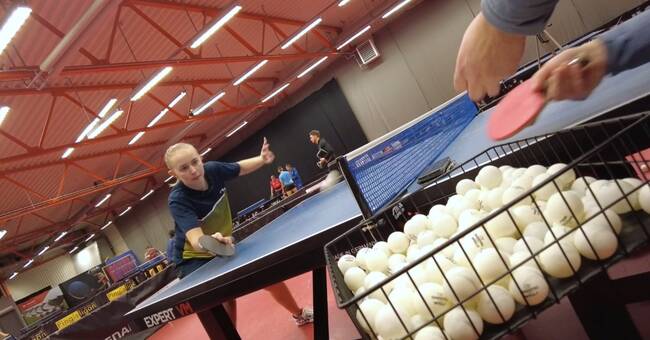 In a tin barn on the outskirts of Eslöv, the training is in full swing.

Everyone has been up last night and watched the home son Truls Möregårdh's progress.

That their Truls are now in the World Cup final in table tennis feels unreal.

- Truls is totally fearless and now he meets world setter Fan Zhendong from China and I think the chances are 50/50, says Mattias Andersson, coach of Eslöv's AI BTK.

Ranked 71st in the world

Before the World Cup, Truls Möregårdh was ranked 71st in the world and during the tournament he has shown maturity when he returned from several defeats and defeated several world stars on the way to the World Cup final.

- He is 19 years old and in the World Cup final and a year ago he had just had surgery.

He has an incredible head and takes the job rock hard every day, says Malte Möregårdh, who is big brother and coach to Truls.

- It is absolutely incredible and very fun.

Tonight I will be benched in front of the TV and I hope that everyone else is too, because it will be very exciting, says friend and club mate Rebecca Muskantor.

The final will be decided the night before Tuesday Swedish time.