The WHO says there is not enough data to prove that Omi Keron is more contagious, Japan once again suspends the entry of foreigners

China News Service, Beijing, November 29th. Comprehensive news: According to data from Johns Hopkins University in the United States, as of 12:46 on the 29th Beijing time, there are a total of 261,495,713 cases of new crown virus infection and 5,1994,56 deaths worldwide.   The World Health Organization announced on its official website on the 28th that there is currently no sufficient data to s 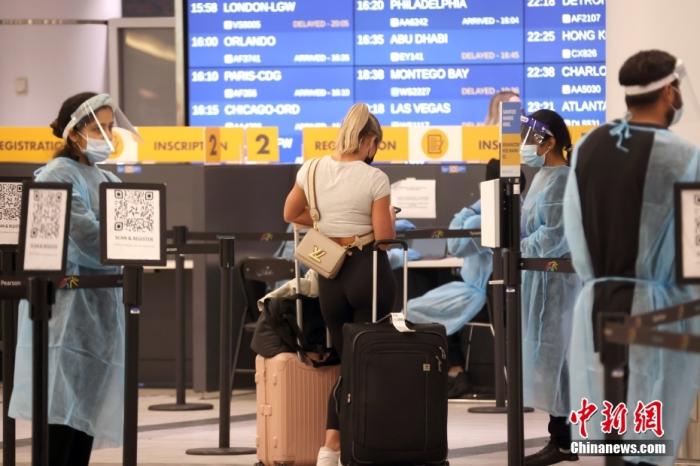 China News Service, Beijing, November 29th. Comprehensive news: According to data from Johns Hopkins University in the United States, as of 12:46 on the 29th Beijing time, there are a total of 261,495,713 cases of new crown virus infection and 5,1994,56 deaths worldwide.

The World Health Organization announced on its official website on the 28th that there is currently no sufficient data to show that the new crown mutant strain Omi Keron is more contagious than other variants including Delta.

The news emphasized that the existing new crown vaccine is still effective against the Omi Keron strain.

The WHO also stated that it is unclear whether the Omi Kiron strain causes more severe disease than infection with other mutant strains such as Delta.

There is no information to indicate that the symptoms caused by Omi Keron are different from those caused by other variants.

According to the WHO, it will take days or even weeks to understand the severity of the disease that is infected with the Omi Keron strain.

Fauci told U.S. President Biden that day that it would take about two weeks to obtain certain data on the Omi Keron strain.

Fauci said that he believes that the existing new crown vaccine "can prevent, to a certain extent, patients infected with the Omi Keron strain from developing serious illnesses."

Canada confirmed the first two cases of Omi Keron strain infection in the country on the 28th.

The Ontario Provincial Government disclosed that the two cases confirmed in the capital Ottawa had recent travel history to Nigeria.

The Ottawa Public Health Department has taken quarantine measures on patients and followed up their contacts.

Since late October, the two major provinces of Ontario and Quebec have seen a significant rebound in the epidemic situation, driving the number of new cases in Canada every day to rise again.

As Canada’s most populous province and the province with the most cumulative cases, Ontario calls on the Canadian federal government to take the necessary measures to conduct point-of-entry virus testing on all travelers, no matter where they come from.

On the evening of November 25, local time, the reopened Christmas Market at Gendarmenmarkt Square in Berlin, Germany, was bustling.

Those who enter the market need to provide proof that they are fully vaccinated or have recovered after being infected with the new crown, and wear a mask.

On the 28th local time, the total number of confirmed cases of new coronary pneumonia in France exceeded 7.62 million.

French officials said on the same day that France had found several suspected cases of the Omi Keron strain, and the strain may have spread in France.

At present, the incidence of new crowns in France continues to rise, and has now risen to 250 infected persons per 100,000 residents.

The spread of the new crown virus in the Ardèche province in southeastern France has accelerated and has risen to 510 infected persons per 100,000 inhabitants.

The National Institute of Public Health and Environment of the Netherlands issued a report on the 28th that at least 13 cases of Omi Keron strain infection were detected on two flights from South Africa to the Netherlands, and the number of infection cases may increase in the future.

The announcement calls for people who have entered the Netherlands from South Africa, Botswana, Namibia, Zimbabwe, Mozambique and other southern African countries on November 22 to be tested for the new crown virus, even if they do not show any symptoms of new crown virus infection.

Data map: Tokyo Dome Stadium in Japan has become a new crown vaccination center, and people come to get vaccinated in an orderly manner.

According to Kyodo News on the 29th, the National Institute of Infectious Diseases of Japan listed the Omi Keron strain as a "muted strain requiring vigilance" on the 28th, raising it to the highest level of vigilance.

According to a report by the Japan Broadcasting Association (NHK), Japanese Prime Minister Fumio Kishida announced on the 29th that, starting from 0:00 on the 30th, all foreigners will be suspended from entering Japan, unless there are special reasons or humanitarian reasons. Ism issue.

On November 8, the Japanese government announced that it would open the country to certain groups due to the slowdown of the epidemic.

At that time, the Japanese government allowed foreign business visitors, international students, and technical interns with short-term visas to enter the country on the condition that they submit vaccination certificates and activity plans.

This will be the first time that Moon Jae-in has presided over the special inspection meeting in four months since July 12.

In order to curb the spread of Omi Keron strain, the Philippine Inter-Agency Task Force (IATF) for the Management of Emerging Infectious Diseases issued an announcement on the 28th to expand the travel ban "red list" to 14 countries.

This is the first time since September 20 that the number of new confirmed cases in a single day in Singapore has fallen to less than 1,000.

Singapore’s Prime Minister Lee Hsien Loong said on the 28th that Singapore has made great progress in fighting the epidemic, but it must be psychologically prepared. There may be more twists and turns in the future.

The Omi Keron strain may force Singapore’s reopening plan to take a few steps back, but we will eventually find a way to coexist with the virus and safely resume all the activities that people love.

If the number of new confirmed cases continues to increase, South Africa may usher in the fourth wave of epidemics in the next few weeks.

He introduced that the recently emerged Omi Keron strain has spread to all provinces in South Africa, and he hopes that the people will act immediately and get the new crown vaccine.