The frigate "Admiral Gorshkov" performed a test launch of the hypersonic missile "Zircon" at a distance of more than 400 kilometers from the White Sea. 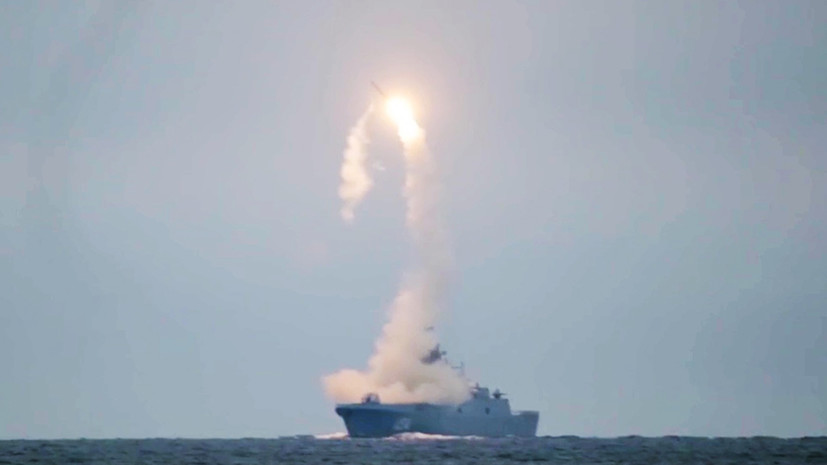 “The shooting was carried out from the waters of the White Sea at a naval target position located at a distance of more than 400 kilometers,” the Russian Defense Ministry said.

The department noted that the rocket's flight was in accordance with the specified parameters - the target was hit, the firing was recognized as successful.

On November 17, Russian Defense Minister Sergei Shoigu reported to Russian President Vladimir Putin on the successful firing of a Zircon hypersonic missile from a Northern Fleet frigate in the White Sea.

In early October, the Russian Navy tested the Zircon rocket from the Severodvinsk nuclear submarine.

The shooting was carried out at a conditional sea target in the water area of ​​the Barents Sea.