Scieri case, three acquittals and two indictments for the death of the para

The brother of the paratrooper: "We are disappointed. But we continue to search for the truth" Scieri: Pisa investigation, 5 notices closing investigations Military Prosecutor of Rome: "Parà Scieri was killed", closed the investigation for three people Pisa, Public Prosecutor orders the exhumation of the body of Emanuele Scieri, a paratrooper found dead in the barracks Cold case, carried out in the case of Emanuele Scieri who died in the barracks 19 years ago: an arrest Share November 29, 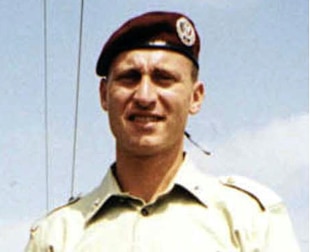 November 29, 2021 Three acquittals and two postponements were decided by the preliminary hearing of the trial for the death of

, the paratrooper of the Folgore who died in circumstances not yet clarified at the Gamerra barracks in Pisa on August 13, 1999.

accused of aggravated voluntary murder, for not having committed the fact, and for the former officers of the Folgore,

, because the fact does not exist. Instead, the two former corporals

. The trial will begin in April.

"We are waiting to read with attention and interest - explained the public prosecutor Alessandro Crini - the reasons for this sentence and at the end we will evaluate if and how to proceed with the appeal". "We have invested time and resources in this process - continues Crini - and while maintaining the utmost respect in the role of the judge, we want to understand what his arguments were that led him to reach different conclusions from ours and only after reading them will we decide how to proceed. . We have heard hundreds of texts and also exhumed the body of Emanuele Scieri. We are convinced that this is only one stage in this very complex story and for which a judgment is reached 22 years after the facts ".

The brother: "We want the truth"

"We are disappointed with today's sentence, even if we will continue to fight to write the truth about Emanuele's death," said Francesco Scieri, Emanuele's brother. "The ruling of the GUP - he explained - also seems to dismantle the conclusions of the parliamentary commission on the role of the alleged aiding and abetting of the two officers. But I am convinced that they, in this affair, have had a role and, indeed, it is unimaginable that there is no But what hurts the most is that the three accused "can get away with it" for such a serious fact "as the killing of their brother".

The sentence, commented Carlo Garozzo, president of the Giustizia per Lele association, founded by Scieri's friends, "leaves a bad taste in our mouth but we are used to being slapped and our cheeks have been red for years from the blows taken".

However, he added, "today a court finally seals at least one incontrovertible fact: Emanuele was not a mad suicide but someone killed him and now a trial will ascertain this truth that for too many years they have tried to deny us".

"We hoped that he could answer for his death - he concluded - even the whole chain of command, but for now this is not the case. We will continue to fight to give justice to Lele".