New cases and border closures: what is known about the spread of the omicron strain

Press Secretary of the Russian President Dmitry Peskov said that further steps in connection with the emergence of the omicron coronavirus strain will depend on the conclusions of scientists. Meanwhile, the WHO warned of the threat of further spread of the omicron strain at the global level and called for an accelerated pace of vaccination around the world. From different parts of the world, information continues to be received about cases of infection with the new strain of SARS-CoV-2 and decisions of individual countries to impose restrictions on entry. 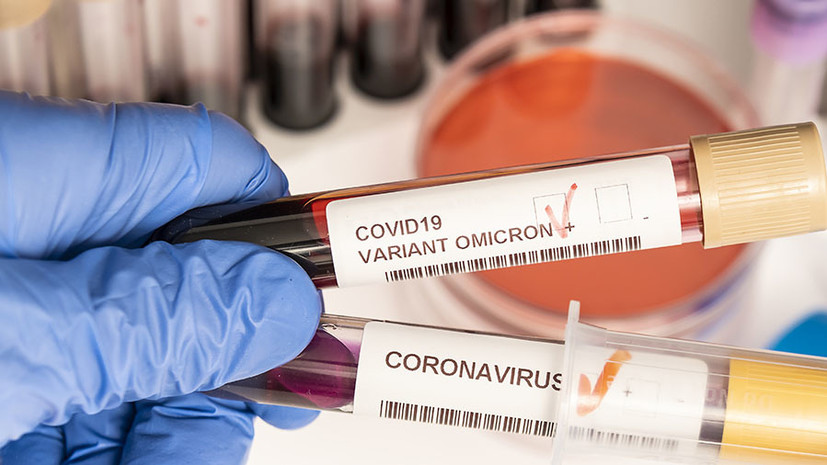 Press Secretary of the President of Russia Dmitry Peskov said that possible further steps of Russia in connection with the emergence of a new strain of coronavirus "omicron" will depend on the conclusions of scientists.

According to Peskov, the whole world and the World Health Organization (WHO) are currently trying to understand how dangerous the omicron strain is.

The Kremlin added that the data on the strain is being analyzed by the government headquarters, which promptly made decisions to close some directions to enter Russia.

“With regard to further possible steps, it will depend on the conclusions that scientists make about how infectious this strain is,” said Peskov.

As the presidential press secretary noted, Russia will rely on the conclusions of scientists about the possible consequences of infection with the omicron strain, as well as how the available vaccines are able to protect against this type of coronavirus and the severe course of the disease.

Risk of spreading the strain

On the eve of the WHO announced a high probability of further spread of the omicron strain at the global level.

In this regard, WHO calls for an accelerated rate of vaccination of the population of countries and continued adherence to restrictive measures.

According to the organization, to date, not a single fatal case associated with the omicron strain has been recorded.

In another statement, the WHO said that preliminary studies have revealed an increased risk of reinfection when exposed to a new variant of the omicron virus.

Also on russian.rt.com The WHO recommended to prepare for the strengthening of restrictive measures due to the omicron strain

At the same time, the organization has not yet made conclusions about the transmissibility of the new variant in comparison with others, including the "delta" strain.

The number of people who tested positive for COVID-19 in South Africa has increased, but it is not yet clear whether this is due to the omicron or other factors, the report said.

We will remind, on November 24, it became known that scientists have identified a new strain of coronavirus, which is potentially capable of becoming its most dangerous option.

Initially, the emergence of a new strain was reported in Botswana, South Africa and Hong Kong.

The variant with an extremely high number of mutations was named B.1.1.529.

Later, the strain was designated by the Greek letter omicron.

As told in the Republic of South Africa, young people are most at risk of infection with "omicron".

Along with this, the doctor noted that about 65% of incoming citizens were not vaccinated, most were vaccinated only with the first vaccination.

In addition, according to doctors from South Africa, patients with a new variant of the coronavirus sought medical help with complaints of severe fatigue and headache.

At the same time, most of the patients did not have such signs as fever and pain in the body.

The head of the European Commission, Ursula von der Leyen, believes that scientists will collect a complete picture of the severity of the omicron mutation within two to three weeks.

In the United States, meanwhile, they are of the opinion that revaccination provides the most reliable protection against the omicron strain of the coronavirus.

The White House press service informs that the head of the National Institute of Allergic and Infectious Diseases of the United States, Anthony Fauci, reported this information to President Joe Biden.

According to the message, Fauci believes existing vaccines are likely to provide some level of protection against the severe course of COVID-19.

Since November 30, the exemptions introduced earlier in Japan for the entry of foreign businessmen, students and specialists have been canceled due to the spread of the new omicron coronavirus strain.

This was stated by Japanese Prime Minister Fumio Kishida.

Earlier, Israel became the first country whose leadership decided to close the border to all foreigners in connection with the emergence of the omicron strain.

Also on russian.rt.com The Israeli authorities approved the monitoring of the geolocation of patients with the omicron strain

Meanwhile, the detection of the first cases of infection with the omicron strain was previously reported in Canada.

In addition, possible cases of infection with the new strain were also recorded in France and Switzerland.

In Australia, in addition to the two already recorded cases of infection with the new strain, two more have been identified.

The third case of infection with the omicron strain was detected in Hong Kong.

The virus was detected in a man who flew in from Nigeria on November 24.

The first cases of omicron have also been identified in Portugal.

13 players and employees of the football club "Belenenses" were infected.

Six cases of the new strain were also found in Scotland.