Including Palestine, Jordan, Lebanon and Syria.. A general strike in all UNRWA facilities

The employees of the United Nations Relief and Works Agency for Palestine Refugees went on strike today, Monday, in protest at the lack of response by the UN agency’s management to a demand for workers’ rights and improving services for refugees, and the employees’ union threatened to escalate the protest. 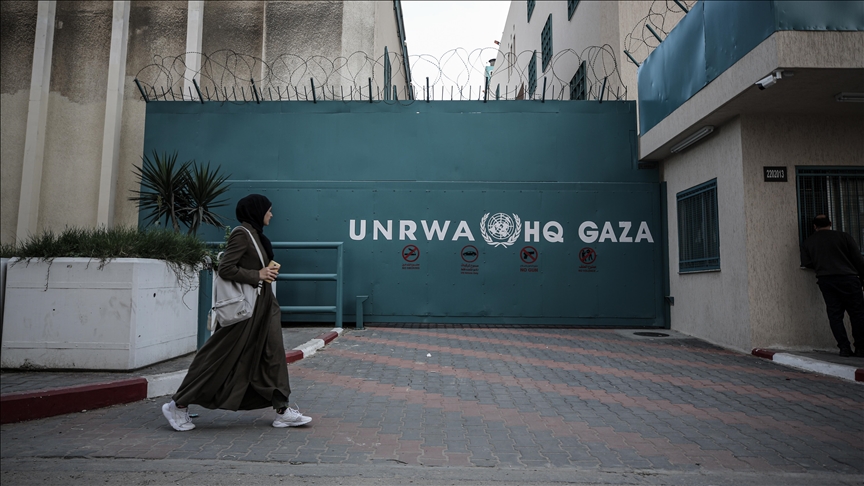 The workers of the United Nations Relief and Works Agency for Palestine Refugees (UNRWA) went on strike today, Monday, due to the lack of response by the management of the UN agency to a demand for workers' rights and improving services for refugees.

The strike came after the failure of negotiations between the agency's workers' union with the UNRWA administration, regarding opening the door for employment and improving services provided to refugees, which have been curtailed in recent years.

The strike included UNRWA schools and centers in the Gaza Strip and the West Bank, and Palestinian camps in Jordan, Lebanon and Syria.

The spokesman for the UNRWA Employees Union in the West Bank, Abdel Karim Haj Muhammad, explained that the strike comes to discourage UNRWA from its decision to grant exceptional leave without pay to all employees under the pretext of financial deficit, and to return the agency to the annual bonus and retroactively during the past few years.

The union official accused the UN agency of managing its financial deficit at the expense of its employees.

The schools and institutions of UNRWA in the Gaza Strip seemed deserted, as the strike paralyzed all the sectors supervised by UNRWA.

UNRWA supervises the education of more than 290,000 refugee students in the Gaza Strip, and provides vocational and technical training opportunities to approximately 1,000 students annually.

In the health sector, UNRWA provides medical care to the vast majority of Palestine refugees in Gaza, who number over 1.25 million.

UNRWA employees had entered a partial strike a week ago, which served as a warning to the Agency's management, which is experiencing two problems: the first relates to the conditions of its employees, and the second relates to its performance towards Palestinian refugees.

It is noteworthy that UNRWA was established by a decision of the United Nations General Assembly in 1949, and was mandated to provide assistance and protect refugees in its five areas of operation (Jordan, Syria, Lebanon, the West Bank and Gaza) until a just solution to their problem is reached.

In the past few years, the UN agency has been experiencing financial hardship, due to the decline in aid provided by countries around the world.