For Christmas in Bordeaux, no "dead tree" but a glass and steel tree

One year after the `` dead tree '' controversy in Bordeaux, the mayor EELV Pierre Hurmic, has decided that there will be "a Christmas tree this year". A colossus 11 meters high and five in diameter made of glass and steel. &amp; Nbsp; &amp; nbsp; 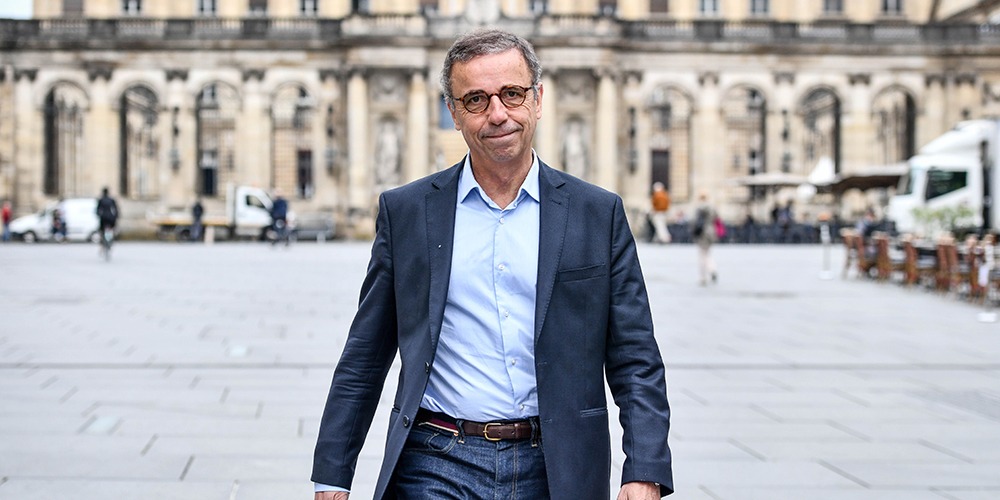 A year after the controversy of the "dead tree" in Bordeaux, the mayor EELV Pierre Hurmic, has decided that there will be "a Christmas tree this year".

A colossus 11 meters high and five in diameter made of glass and steel.

For the holidays, the city of Bordeaux will erect a monumental tree made of recycled glass and steel, announced Monday the mayor EELV Pierre Hurmic, sharply criticized a year ago for his refusal to install "a dead tree" before Xmas.

A tree "made of recycled and recyclable glass and steel"

"There will be a Christmas tree in Bordeaux this year. I think that the people of Bordeaux will be very happy and that the page of a useless controversy is definitely turned," Pierre Hurmic announced Monday to the press in town hall.

This new monumental tree, 11 meters high and five meters in diameter, will consist only of "recycled and recyclable glass and steel", shaped by "local craftsmen", detailed the mayor of Bordeaux.

From December 11 to January 2, it will dress the Place Pey-Berland, in the heart of the city, where the usual Christmas tree stood before its removal by the new municipal team in 2020. The work should be reinstalled during the next five holidays. end of the year and "will cost less annually" than the 60,000 euros spent for "the ephemeral tree that was in place in Bordeaux before", defended Pierre Hurmic, without giving more details on the total cost of the structure.

A "removable and reassemblable" work

According to its designer, Bordeaux designer Arnaud Lapierre, the emerald-colored work of art, "removable and reassembled like an Ikea kit", will regularly change appearance thanks to "its reflections" and "interior light effects" renewed. A first ephemeral version of this glass tree, six meters high, was presented last December by the city of Saint Petersburg in Russia. Last fall, the mayor of Bordeaux sparked controversy when he announced the end of the illuminated municipal Christmas tree, calling it a "dead tree" and "expensive".

"The page is definitely turned and I am very happy" he added.