Crisis in the West Indies: tense discussions between the intersyndicale and Sébastien Lecornu

Overseas Minister Sébastien Lecornu only met briefly on Monday the inter-union in Guadeloupe, shaken by a violent social crisis like neighboring Martinique where he must continue ... 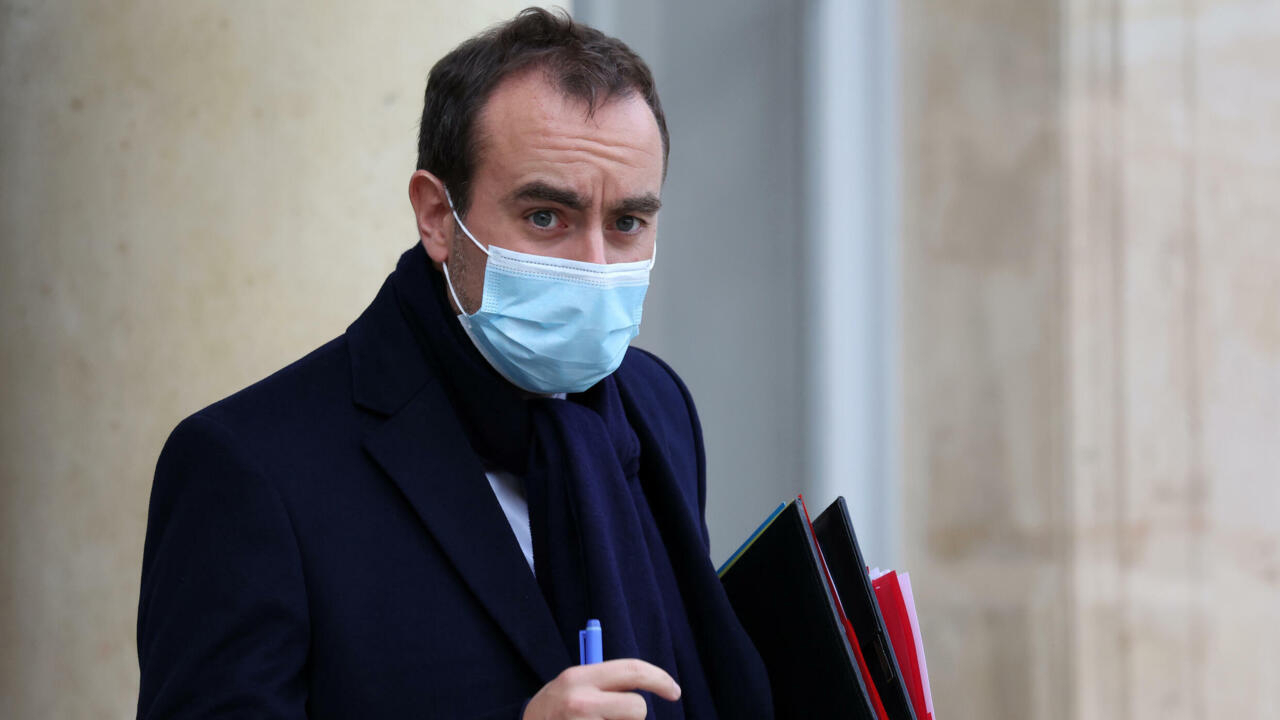 The French Overseas Minister, Sébastien Lecornu, criticized, Monday, November 29, the union representatives he met in Guadeloupe for their refusal to clearly condemn the recent violence in the West Indies, in particular against the police, recalling that 'such a condemnation was a prerequisite for dialogue for the government.

Sébastien Lecornu is in the West Indies to try to calm tensions in Guadeloupe and Martinique, where the protest against the vaccination obligation for caregivers has turned for two weeks into a social conflict marked by violent incidents.

In Guadeloupe, the minister met with union representatives and then had to discuss with local elected officials.

"The minister reaffirmed as a democratic prerequisite the fact that they unambiguously condemn the violence committed in recent days in the West Indies," his services reported in a press release.

"The union representatives (have) refused this prerequisite, however obvious and essential (...)."

"The condition for dialogue is the condemnation of violence by all political and trade union forces, and more precisely of attempted murder on the police and gendarmes. The Minister recalls that no discussion can succeed if it is not is not on a sound basis. "

Side unions, the delegation of four people including UGTG and FO believes that "contrary" to what Sébastien Lecornu "tries to make believe, he did not come to negotiate, but because he was forced by the balance of power that we have installed ".

Maïté Hubert-M'Toumo, of the UGTG, recalls their "priority" demands such as "the end of the suspensions of personnel and liberal professions" unvaccinated, the "suspension of convictions of people for violence", and a " emergency plan for the qualification of young people and the working conditions of Guadeloupe families ".

The inter-union also demanded that 30 organizations be received, and not ten.

"We cannot negotiate in 24 hours. [Lecornu] is the father who came to scold his son, came to give a lesson but the lesson will not pass," Jocelyn Zou of FO firefighters told the press.

Born from the refusal of the vaccination obligation for caregivers and firefighters, the movement has spread to political and social demands, in particular against the high cost of living, in these islands with high unemployment rates, in particular among young people.

Sébastien Lecornu reiterated that the vaccination obligation, postponed to December 31, would not be lifted, because "the laws of the Republic are intended to apply" in the French Antilles.

The Overseas Minister also said he was "more than shocked" by the demand for the release of those convicted of violence, after several days of very strong tensions.

Like the previous one, the night from Sunday to Monday was quieter in the two Caribbean islands.

Only a "small clash" was to be deplored in Guadeloupe.

Some 300 people demonstrated in calm Tuesday in front of the sub-prefecture of Guadeloupe while Sébastien Lecornu received the unions.

The question of autonomy

Sébastien Lecornu was also to meet Monday in Guadeloupe with local elected officials and economic players, as the next day in Martinique where he will also meet the inter-union.

The unions, the state and local elected officials signed an "method agreement" to try to get out of the crisis, the prefecture said.

In metropolitan France, the oppositions, especially on the right, continue to castigate the new position of the government, "ready", according to Sébastien Lecornu Friday, to raise the question of more autonomy for Guadeloupe.

"It is the unity of the country which is in question", protested Monday Michel Barnier, candidate for the LR nomination for the presidential election.

"It's amateurism, a diversion," added his rival Xavier Bertrand for whom the government is "ready to let France dismantle" by "releasing Guadeloupe today".

For the environmental candidate Yannick Jadot, it is also "a way of entertaining the debate" while "the urgency, there, is to do social work, to invest in public services in particular, the hospital, the CHU ... ".

The debate on autonomy is "obviously not the debate on independence", proclaimed the Minister of the Interior Gerald Darmanin, citing the example of French Polynesia with reinforced autonomy since 1996.

In a press release, elected Guadeloupe officials considered that the "current priority" was "the way out of the crisis" and that "the local domiciliation of decision-making power (was) a question which (should) be addressed in due time".