The absence of King Felipe VI in the delivery of offices last year held at the Judicial School of Barcelona to the new judges is still waiting. So much so that at the beginning of ... 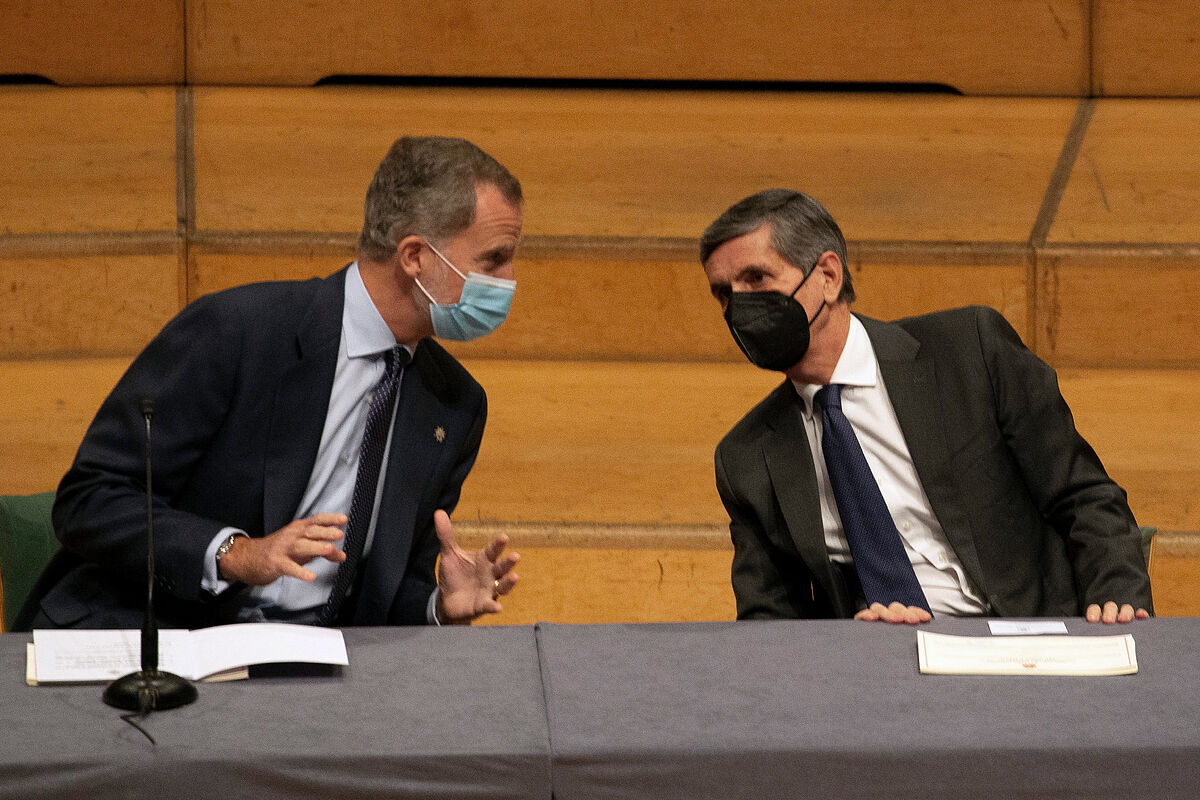 The absence of King Felipe VI in the delivery of offices last year held at the Judicial School of Barcelona to the new judges is still waiting. So much so that at the beginning of the 2021 act held this Monday, in a format like those before the health emergency, the president of the Supreme Court and the General Council of the Judiciary (CGPJ), Carlos Lesmes, wanted his first words They were for the monarch who was once again presiding over the act.

"As I expressed last year at this time, your presence in an act so relevant to the Judiciary, such as the delivery of dispatches to the seventieth promotion of the judicial career, not only serves to highlight the dignity of our function, but also it has, above all, enormous symbolic force and deep constitutional significance, "said Lesmes. He also concluded the act by expressing his "deepest and most heartfelt appreciation" for the presence of the king "that marks a before and after for those who today join as judges at the service of our country and its citizens."

Lesmes indicated that "the legitimacy of the Judicial Power, which is born, like all the powers of the State, from the Spanish people, in which national sovereignty resides, but also expresses that Justice is administered in the name of who symbolizes the unity and permanence of our State, thus combining in the constitutional formula, harmoniously, the ideas of sovereignty and unity of our nation ".

Felipe VI has returned to Barcelona to preside over a delivery of dispatches to the new judges after he did not attend last year when the Government of Pedro Sánchez advised against him to "ensure coexistence" in the face of social tension since it was On the point of knowing the sentence of disqualification of the then president of the Generalitat, Quim Torra, by the Supreme Court and there were only a few days left until the anniversary of 1-O. Precisely, Lesmes said last year that the king telephoned him to convey that he "would have liked" to be in the act. The 2019 edition was held in Madrid on the 25th anniversary of the Judicial School.

In his speech, Felipe VI urged the new judges to contribute to the judicial career "the best of yourselves to continue strengthening that constitutional and moral legitimacy that corresponds to it." "It is the Constitution itself that provides you with the necessary instruments that make up the special nucleus of the exercise of your constitutional mission and that will always guide you: independence and impartiality," added the monarch who assured that the new judges will reinforce "peaceful coexistence. of the society contributing, not only your legal knowledge but, above all, some values, some ethical principles and a personal and professional rectitude that must be exemplary ".

The king recalled that the judicial function in a State of Law is "essential for social stability" and appealed to the "constitutional spirit" of the new judges to defend the "rights and freedoms" of citizens and "the values ​​that make up our State. of Law ".

"In Spain, the judiciary is a nuclear part of the State, as an institution in itself and as its power," said the monarch.

At the end of the event, a 'long live the king' was heard among the public.

Defense of the Constitution

The president of the Supreme Court and the General Council of the Judiciary, Carlos Lesmes, asked the new judges "a firm defense of the Constitution and the law, providing adequate answers to the problems of citizens and offering a framework of certainty and security. legal "and highlighted that" with our work we judges help people to live together in freedom, to have security, to protect their property, to order their family and work relationships. We seek collective peace and ensure coexistence through the application of the laws, ensuring the full validity of our State of Law ".

"The autonomy and independence of the Judiciary will also depend on you from now on. It will depend on your integrity and your willingness to confront with sufficient vigor any attempt of pressure or manipulation. You will also have at your entire disposal all the means of the General Council of the Judicial Power to preserve that independence when it is threatened. That, and no other, is the key to its constitutional existence, "said Lesmes

the Minister of Justice, Pilar Llop;

and the superior prosecutor of Catalonia, Francisco Bañeres, among other authorities

Politics Pablo Casado puts himself in profile before the controversy with Ayuso: "I can't comment, whoever wants to show up"