Ballon d'Or: Messi, Lewandowski, Benzema, who will be the winner?

After "Messix", "Messept"? Lionel Messi appears as the big favorite to succeed himself and win a seventh Ballon d'Or, Monday at the Théâtre du Châtelet in Paris (8:30 pm), where only Robert… 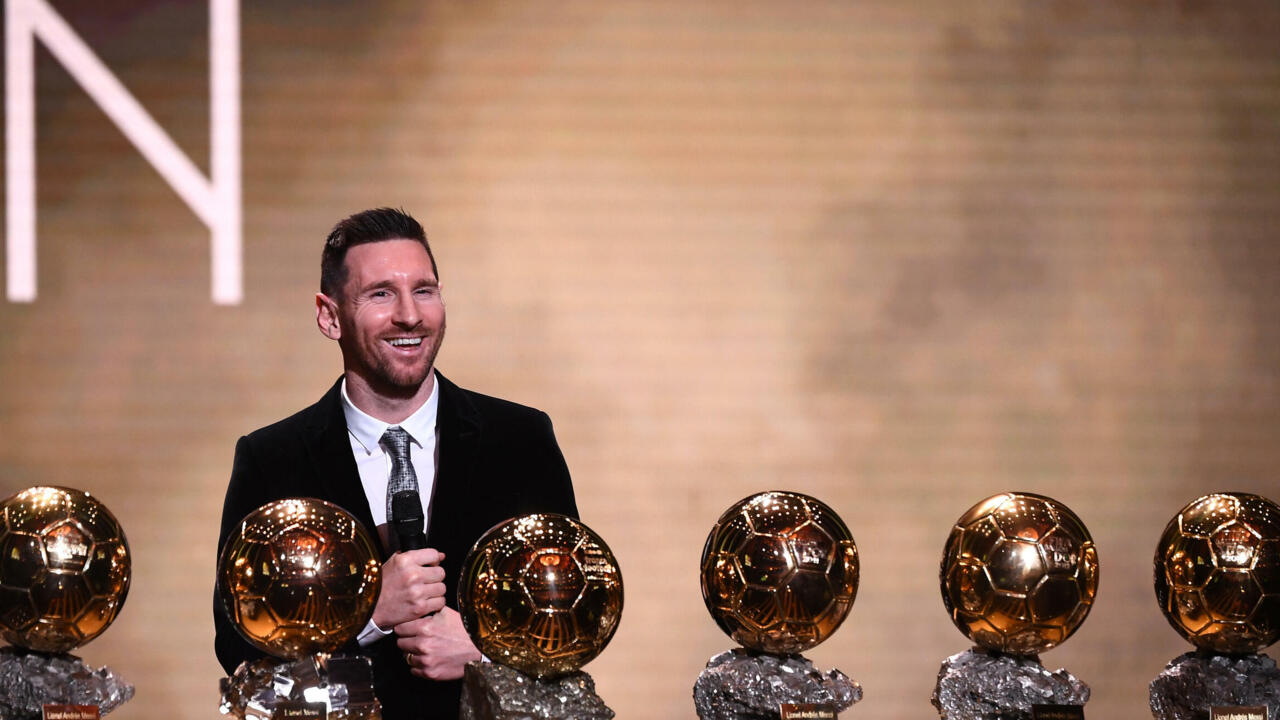 Among the women, the Spanish striker Alexia Putellas was named favorite by the Norwegian of Lyon Ada Hegerberg, first female Ballon d'Or in history in 2018, in the wake of a season that FC Barcelona has won. for the first time the Women's Champions League.

Men's Barça, he only won a King's Cup in the spring, just before the farewell of Messi, spent in August from Catalonia to Paris SG.

But the little elf (34 years old) has finally reached the Grail in selection, winning a major international title with Argentina after which he has been racing since his Olympic gold medal in 2008. This Copa America won in July at the great rival Brazilian allowed him to erase many disappointments with the Albiceleste.

"If I get the Ballon d'Or, it would be extraordinary to win one more. A seventh would be madness," Messi anticipated in early November in an interview with the Catalan daily Sport.

In case of coronation at this gala, hosted by former player Didier Drogba and journalist Sandy Heribert, Messi would be the second PSG player to lift the prestigious trophy, but the first to do so with the blue and red jersey.

The Liberian Georges Weah played half of 1995 in Paris, but was crowned under the colors of AC Milan.

Against Messi, Lewandowski could well win the votes of the 180 jurors, one journalist per country (the vote ended on October 24).

“Lewy” would have had every chance in 2020, where he won the Champions League with Bayern Munich.

But due to the Covid-19 pandemic which disrupted the competitions, the France Football magazine, which has presented the trophy since 1956, did not award it last year and it had to settle for the "The Best" award. awarded by Fifa.

However, the Polish international has not eased off.

The serial scorer this year broke the record of the legendary Gerd Müller (40 goals) by scoring 41 goals in a Bundesliga season, even if he did not shine either in the Champions League in the spring, or with Poland in the 'Euro.

Karim Benzema also has the class and personality of a winner, despite an unfinished collective season with Real Madrid and an early elimination with France at the Euro.

Karim Benzema with the France team against Kazakhstan on November 13, 2021 at the Parc des Princes in Paris FRANCK FIFE AFP / Archives

His recent one-year suspended prison sentence in the "sextape" case, a judgment handed down after the vote closed and against which the attacker appealed, does not plead in his favor either.

Which player will succeed Rapinoe?

But, at 33, "Benz" is at the top of his game, and he guided the Blues to a victory in the League of Nations in October.

"For what he does and for what he has done, he has to be the list of possible winners," Real coach Carlo Ancelotti said.

The Italian of Brazilian origin Jorginho has won everything, the Euro with the "Nazionale" and the C1 with Chelsea, but he does not have the talent of the first cities, and the Ballon d'Or almost always crowns attackers .

This leaves a chance for the indestructible Cristiano Ronaldo, five-time Ballon d'Or, who continues to chain goals since his transfer to Manchester United in August.

Among the women, to succeed the American Megan Rapinoe, Barça's incredible season pleads for Putellas or even Jennifer Hermoso, but Chelsea players have arguments to make, such as Sam Kerr, Fran Kirby, Pernille Harder or Jessie Fleming , also crowned Olympic champion with Canada.

Finally, the evening must also crown the best goalkeeper of the year (Yachine trophy) and the best young player under 21 (Kopa trophy).