[On-site] Seok-Yeol Yoon, visit from Chungcheong... “It will be a youth-friendly government.”

This time, let's take a look at the movements of the People's Power Presidential Candidate Yoon Seok-yeol and the 3rd Zone candidates together. Connect with reporters. Reporter Hwa Gang-yun and Candidate Seok-yeol Yoon went to the Chungcheong area, have you finished your schedule for today? Yes, Yoon Seok-yeol, the People's Strength candidate, visited the Chungcheong area for the first regional schedule since the election of the Election Committee. 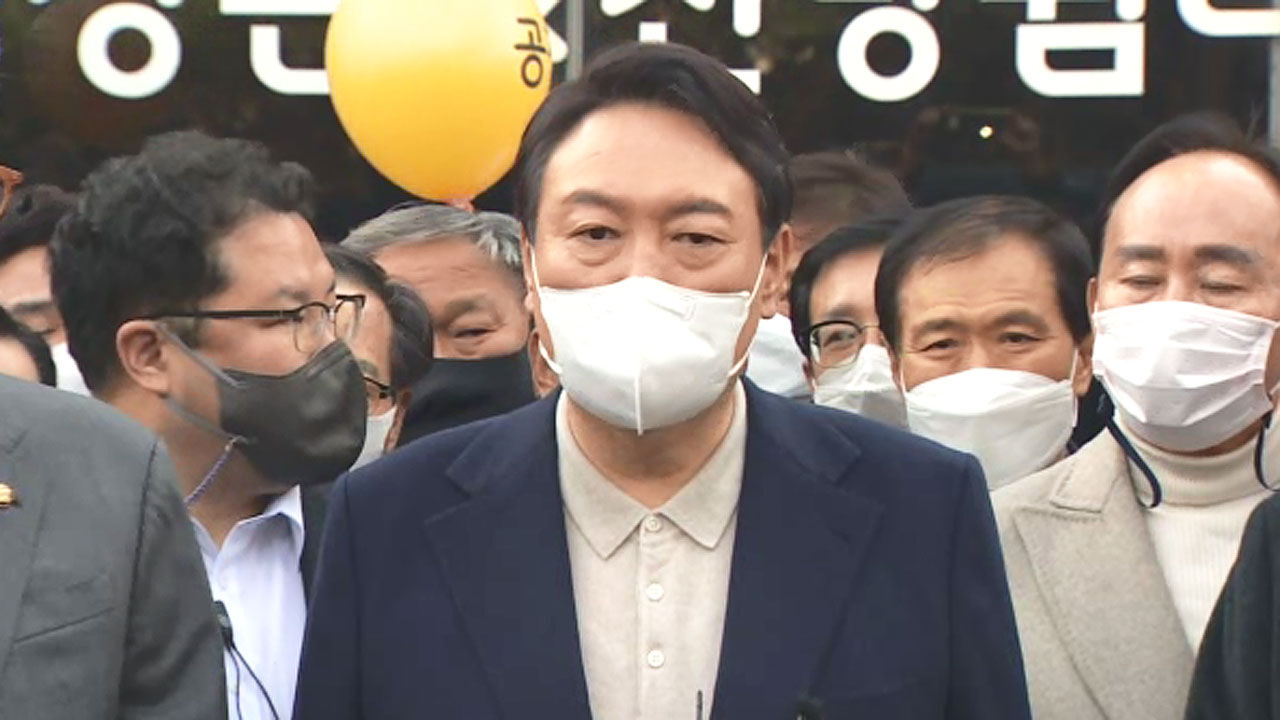 This time, let's take a look at the movements of presidential candidate Yoon Seok-yeol and the 3rd Zone candidates. Connect with reporters.

Reporter Hwa Gang-yun and Candidate Seok-yeol Yoon went to the Chungcheong area, have you finished your schedule for today (29th)?

Yes, Candidate Seok-Yeol Yoon, the People's Strength candidate, visited the Chungcheong region for the first time since the election of the Election Response Committee.

Candidate Yoon presided over a meeting of the Election Committee in Seoul before departing for the Chungcheong area.

Candidate Yoon promised a 'pro-youth government', saying, "Young people are not trinkets that are used and thrown away during elections."

[Yun Seok-yeol/People's Power Presidential Candidate: The Yun Seok-yeol government will be a youth-friendly government. The youth will not be the target of policy benefits, but will become partners in the operation of state affairs.]

At the same time, he said, "I will shoot a signal for regime change in Chungcheong, which is the middle ground," as part of a tour of the people's livelihoods in the Chungcheong area.

When I visited Sejong City as the first schedule, I emphasized regional promises such as "I will make Sejong City function as an actual capital" and "I will relocate the second office of the Blue House".

[Yoon Seok-yeol/People's Power Presidential Candidate: We will do so to foster more science and technology complexes in this surrounding area to open the 'new central government era', the center of our country's future.]

a talk concert with young people on fairness and opportunity. repeatedly emphasized.

Professor Lee Soo-jung of Kyonggi University, a criminal psychologist who has been calling for a strong response to women’s crimes as the co-election chairperson, was recruited. is a prophecy.

"I will be the president of the people's livelihood"